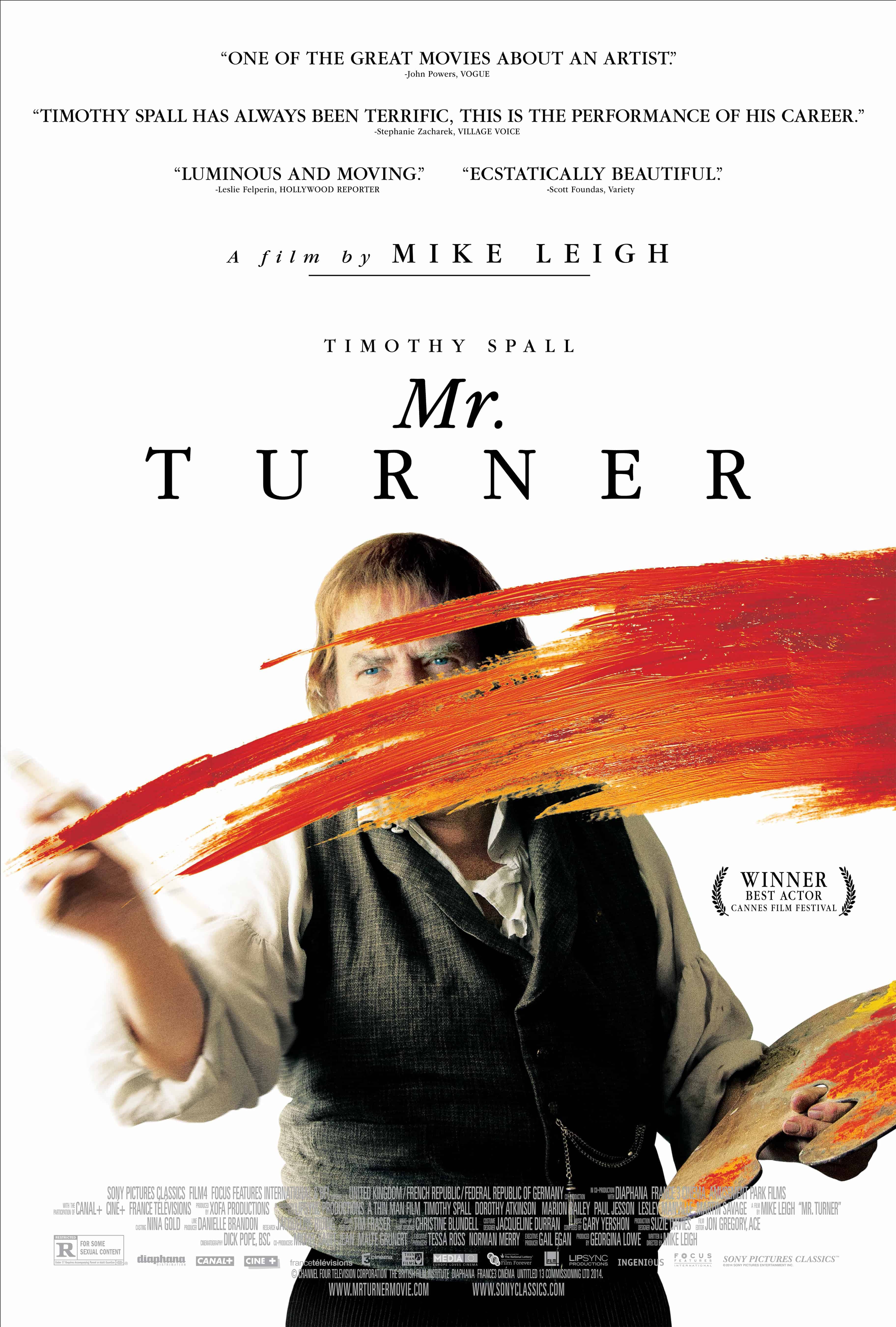 I am such a fan of Mike Leigh’s work that it pains me to give his latest offering, Mr. Turner, a mere 6.5/10 rating. On the surface, the subject matter is out of Leigh’s wheelhouse, as it does not focus on middle- to lower-class Brits from the last 60 years. Instead, it follows in the footsteps of his exploration of operatic masters Gilbert and Sullivan in Topsy-Turvy and explores a famous painter living and working in the 19th century. That painter is J.M.W. Turner, a fascinating character about whom a great movie could have been made; I just wish it had been better.

Turner – brought to life by frequent Leigh collaborator Timothy Spall – is about as eccentric a fellow as one would ever meet. He seems to live fairly well, presumably from the selling of his well-regarded seascape paintings. In various scenes, we see his peers awestruck by his creations, and he is not without his non-artist fan base. At the same time, he does have his detractors, naysayers, and mockers. In those moments, we see a man deeply hurt by the criticism he overhears. And so, though the film says little about him the way many a biopic would normally do, we get glimpses of his character in the way he paints, the way he responds to his own paintings, and the way he processes both positive praise and negative remarks.

He is married to Sarah (Ruth Sheen) and has two daughters, none of whom he sees on a regular basis; when family does come up in conversation, he actually denies he has any children. His closest relationships are with his housekeeper (Dorothy Atkinson) and his father (Paul Jesson). He finds solace in the seaside town of Margate where he keeps congenial company with the widow Booth (Marion Bailey), even taking her last name when he is in that town.

The portrait Leigh paints of Mr. Turner is that of a genius who, it seems, wanted to be both accepted for his work and to be left alone to ruminate in it. He is a bit of a curmudgeon, but Spall makes him likeable enough to carry the two-and-a-half-hour running time.

The primary problem is with the film’s structure. Although linear, it follows no distinguishable chronological order of events. It is made up of what amounts to a series of vignettes from Turner’s life without really tying any of them together in a coherent fashion. As the film progressed, I cared less and less about Turner’s life when I felt like I should have cared more – cared more about him coming to the end of what must have been a remarkable journey as one of Britain’s greatest painters, about whom few – if any – moviegoers will have ever known (except, perhaps, in Britain itself). I must say it is the coldest Leigh film I have ever seen, which is disappointing. But there are moments are greatness, too, particularly when the paintings are on display, and one can see Turner’s brilliance as an artist. As great of an artist as he was, he was not particularly brilliant as a human being, and it is hard to build a film around someone seemingly cut off from most of the world.