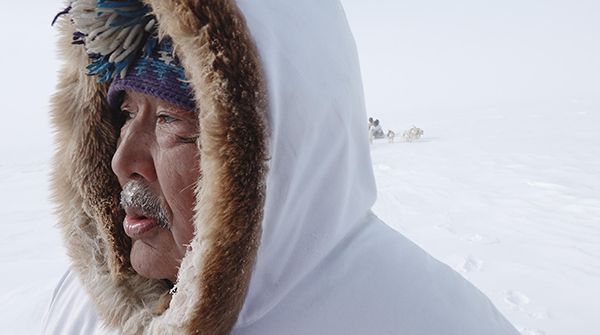 Kick-ass streaming service MUBI has announced some highlights for its upcoming slate of programming for April 2020, which includes Jodie Mack‘s The Grand Bizarre, Denis Côté’s Ghost Town Anthology, and a celebration of Canadian cinema, just to name a few.

Take a look below for more details, and head on over to MUBI.com to start watching.

After showcasing her documentary Casa Roshell in 2018, MUBI will again present the exclusive online premiere of Camila José Donoso’s latest work. Nona, If They Soak Me, I’ll Burn Them (Rotterdam ‘19) is an intimate portrait of Donoso’s grandmother that is both deeply personal and a bold look at Chile’s recent past.

MUBI is excited to again highlight the work of experimental animator Jodie Mack, exclusively presenting her feature debut The Grand Bizarre (Locarno ‘18). Mack brings mundane objects to life in this world journey following the flow of materials, textures and sounds across the global economy.

To celebrate the birthday of Jean-Paul Belmondo, MUBI will feature a double bill of collaborations between the New Wave icon and the master genre director Jean-Pierre Melville. The selection includes Le doulos, one of Melville’s best modernist reinventions of the American gangster film.

With his latest film Martin Eden coming to US theaters next month, MUBI will showcase the early work of one of the most singular voices in Italian contemporary cinema. Pietro Marcello’s hybrid, genre-bending documentaries gracefully meditate on memory, fading ideals, and the poetry of chance encounters.

MUBI will exclusively present the online premieres of three recent, acclaimed films from our northern neighbors in partnership with Canada Now, a showcase for works celebrating the creative spirit of Canadian cinema is currently touring theaters across the U.S. MUBI’s selection includes One Day in the Life of Noah Piugattuk (TIFF ‘19), the latest feature from prominent Inuit director Zacharias Kunuk.

Winner of the Silver Bear for cinematography at Berlin 2016, cinematographer Mark Lee Ping-bing’s (In the Mood for Love) masterful 35mm photography in Crosscurrent is poetic and richly evocative. MUBI is proud to present the streaming premiere of this beguiling and deeply romantic drama.

Filmed over ten years, and split into three parts, Wang Bing’s Dead Souls (Cannes ‘18) digs deep into one of the most overlooked chapters in Chinese history. This immersive, epic piece of non-fiction filmmaking is a resonant reflection on memory, human behavior, and the courage of testimony.