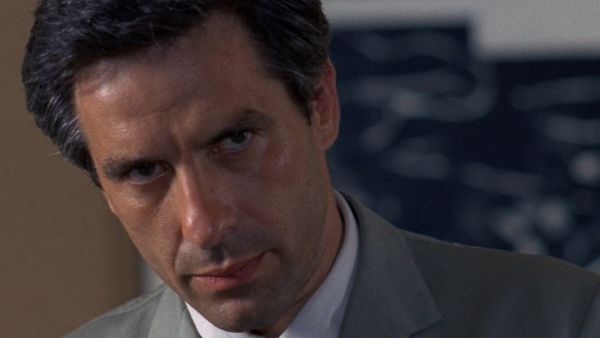 Streaming service MUBI has announced the highlights for its upcoming December programming, including a trio of Francis Ford Coppola films and the premiere of Peter Strickland’s short GUO4.

Take a look below for a full list of highlights and be sure to head over to MUBI.com for more.

After achieving unprecedented acclaim in the 1970s with The Godfather, The Conversation and Apocalypse Now, Francis Ford Coppola repeatedly reinvented his approach to cinema in the following decades – pushing the boundaries of the form and taking major artistic gambles. MUBI will feature three of these under-appreciated, fruitful experimentations, including The Cotton Club Encore, Coppola’s recent recut of his 1984 masterpiece fresh from its premiere at NYFF last month.

This month marks the conclusion of MUBI’s year-long series dedicated to cinema’s most distinctive auteurs, having highlighted the likes of Alfonso Cuarón, Claire Denis, Abel Ferrara, and many more throughout 2019. This final installment will feature a double bill by Patrick Wang, one of the most singular voices in contemporary American independent cinema, and two deeply personal and profound diary films by the groundbreaking champion of avant-garde cinema Jonas Mekas on what would have been the director’s 97th birthday.

[Brief Encounters] With his latest film In Fabric opening in theaters later this month, MUBI will present the exclusive online premiere of Peter Strickland’s short GUO4, his recent collaboration with multidisciplinary duo GUO formed by musicians Daniel Blumberg and Seymour Wright. The music video premiered at the Venice Film Festival earlier this year.

Based on Guy de Maupassant’s first novel, MUBI will present Alexandre Astruc’s Une vie (Venice ‘58) in their Adaptations series. As an early proponent of auteur theory, Astruc’s notion of the caméra-stylo or “camera-pen” helped set the stage for the Nouvelle Vague. Released the same year as Claude Chabrol’s Le Beau Serge and Louis Malle’s Elevator to the Gallows, this adaptation stands as an often-overlooked precursor to the New Wave that is worthy of rediscovery.