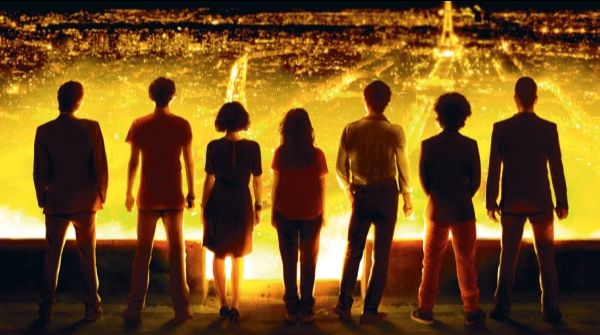 Streaming service MUBI has announced their highlights for November’s upcoming lineup including a new restoration of Philippe Garrel‘s L’enfant secret, and Isabelle Huppert double bill with Deep Water and Time of the Wolf, and Bertrand Bonello’s Nocturama just to name a few.

Take a look below for all the November highlights and check out MUBI.com for more.

After releasing Philippe Garrel’s most recent film Lover for a Day in theaters last year, MUBI will exclusively present the online premiere of a new restoration of Garrel’s classic L’enfant secret. A work of intimate poetry that echoes the French auteur’s own love story with the singer Nico.

An explosive film from master genre (and former softcore) director Takahisa Zeze. Set during the tumultuous end of Japan’s Taishō era (1923-1926), The Chrysanthemum and the Guillotine (Busan ‘18) centers on a group of anarchists and a female sumo wrestling troupe.

The Chrysanthemum and the Guillotine — November 19 — Exclusive

Winner of the Teddy Award for Best LGBTQ Documentary at Berlin 2018, Bixa Travesty is a striking portrait of Linn da Quebrada, a black transgender musician and activist from São Paulo’s impoverished favelas.

MUBI celebrates Isabelle Huppert, one of the greatest screen actors of her generation and a crucial, prolific figure in contemporary world cinema. The double bill features Huppert’s collaborations with arthouse greats Michel Deville and Michael Haneke.

This series dedicated to distinctive auteurs continues with Argentinian director Matías Piñeiro, who, over the course of his delightful filmography, has reimagined Shakespeare’s masterpieces on his charmingly intimate canvas. In Viola (Berlin ‘13) and The Princess of France (Locarno ‘14), Piñeiro reworks Twelfth Night and Love’s Labour’s Lost.

A Matter of Faith: Three Films by Luis Ospina

MUBI had the honor of working with Colombian maverick Luis Ospina to present a selection of his groundbreaking work, which was interrupted by the director’s unexpected death in late September. His recent passing leaves behind a career spanning six decades, more than thirty trailblazing films, and the inextinguishable fire of an unmatched faith in cinema. MUBI is proud to show three of the documentarian’s most accomplished films, including It All Started at the End (TIFF ‘15), Ospina’s introspective self-portrait of the influential artists collective he founded, the “Grupo de Cali.”

MUBI is excited to show this singular film noir set in remote Bhutan. Dechen Roder’s debut feature Honeygiver Among the Dogs (Berlin ‘17) blends suspense, magic, and spirituality – resulting in an enigmatic detective thriller unlike any other.

Honeygiver Among the Dogs — November 10