We caught the film at a recent screening during the LA Film Festival and while not as high octane as some of To’s previous films, we still found it to be an enjoyable cop thriller.  Check out our full review here.

The film is set to hit theaters in NY July 26th, LA August 2nd, and a regional expansion through August and September.  Hit the break to check out the great looking new poster and to read the synopsis. 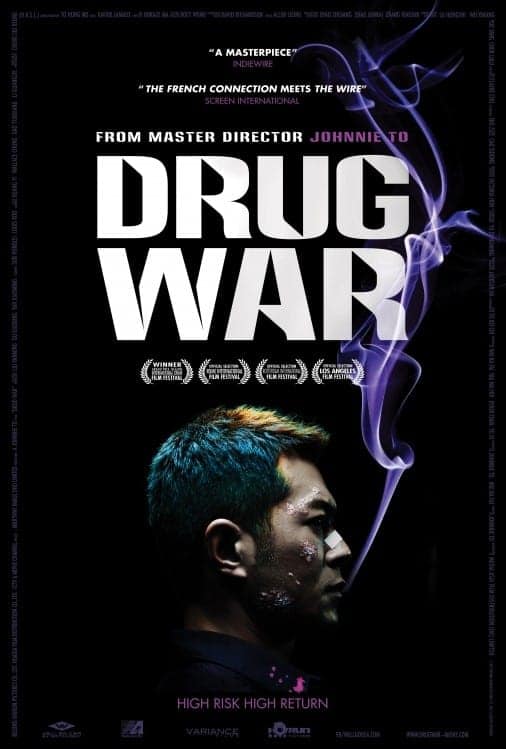 Manufacturing just fifty grams of meth in China will earn you a death sentence, and Timmy Choi (Louis Koo) has manufactured tons of it. After a violent lab accident, he’s in the custody of Captain Zhang (Sun Honglei), and now he has only one chance to avoid execution: turn informant and help Zhang’s undercover team take down the powerful cartel he’s been cooking for.  But as the uneasy allies are forced to compress months of police work into just 72 sleepless hours, the increasingly desperate police are quickly stretched past their limits.  As things spin wildly out of control, the line between duty and recklessness is blurred, and it becomes unclear whether the cop or the criminal truly has the upper hand.

Long considered the master of the Hong Kong crime thriller, Johnnie To’s first mainland production eschews “two guns at once” mayhem in favor of atmosphere and a tightly-wound plot punctuated with impeccably choreographed bursts of violence, making DRUG WAR an intricate puzzle box of a film that ignited a firestorm of controversy in its homeland.