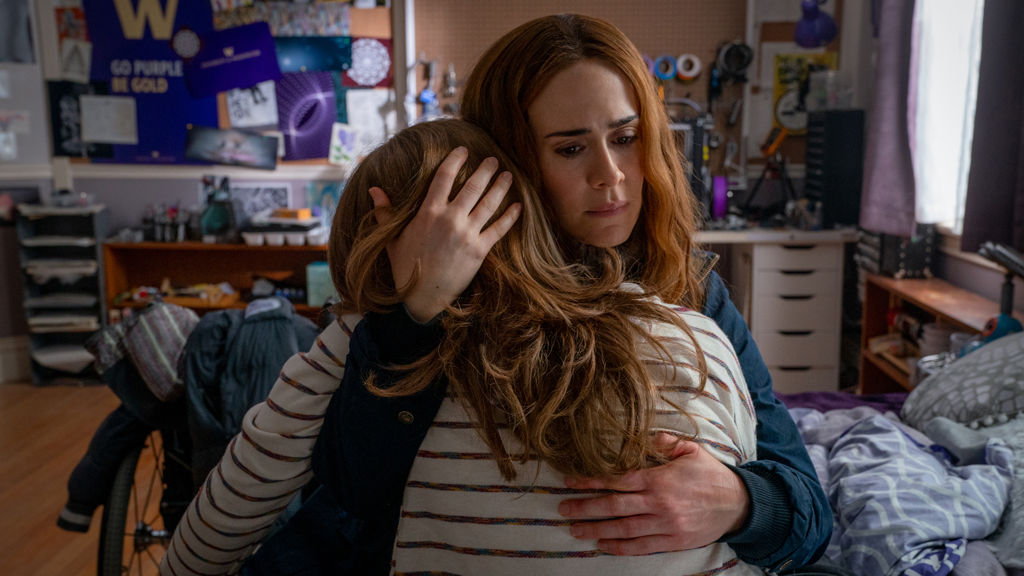 This is a repost of our review from Nightstream 2020, Run is now available on Hulu.

Newcomer Kiera Allen stars as Chloe, a teen who uses a wheelchair and seems to have a variety of health issues stemming from her premature birth. She begins suspecting the worst after she discovers her mother, played by Sarah Paulson, may be drugging her..

Allen does an incredible job in the role. Chloe is a strong-willed, intelligent character who quickly begins questioning her mother’s motives when the first bad sign appears. She’s a budding engineer, someone who quickly devises creative solutions and never permits her use of a wheelchair to limit her.

Having someone very close to me who uses a wheelchair, I can’t underscore enough the positive representation of differently abled individuals in this film, thanks in no small part to Allen, who herself uses a wheelchair in real life, a rarity among leads.

As Chloe discovers more and more information about her mother’s plotting, she becomes aware that her mother is catching on, eventually transitioning the narrative from a suspenseful mystery to a survival thriller as Chloe attempts to escape their home. All the while, Paulson’s character is becoming more and more unhinged, a role that she completely revels in, managing to turn on the doting mother face in one moment and morphing into a psychotic witch the next.

For all its excitement though, Run tends to fall short in the script department, frequently explaining things away too easily, or, in the case of this one strange shower scene, not explaining things at all. There are too many conveniences, like the pile of evidence just laying out in a box for Chloe to rifle through, quickly brushing aside the mystery aspect before that thematic shift into a more action-oriented thriller. It’s all very predictable, even the closing scene is easy to see coming, but that doesn’t necessarily detract from the enjoyment of the piece as whole.

Despite the fairly standard storytelling, there are several standout moments that at least partially forgive the surface-level issues with the plot. Paulson’s phone conversation with their pharmacist, Chloe’s late-night Google searching and several other memorable scenes that I won’t divulge for fear of spoiling anything are clear highlights and add to a smattering of well executed scenes that add a lot of flavor.

Run is a satisfying thriller that, despite its formulaic nature, contains some interesting elements that reaffirms Aneesh Chaganty as a promising new voice in the industry. With some solid performances from its two leads, several inspired sequences and its positive representation of Chloe as a character who happened to be in a wheelchair (versus a ‘wheelchaired character’), Run is a solid title and is well worth your time.