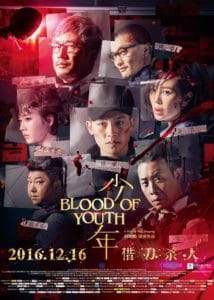 In his fourth feature (and first contemporary-set film), fireman-turned-director Yang Shupeng takes us down a winding path of cat-and-mouse intrigue with Blood of Youth. Full of surprise revelations, twists, turns and shocking moments, the film aims to keep viewers on the edges of their seats in this high-stakes crime thriller about a hacker playing a dangerous game with both the police and a criminal organization.

Su Ang (Oho Ou) is an expert hacker who appears to be initiating some sort of elaborate game, first by tipping off the police to a dead body in the forest and then informing them of a robbery before calling the robbers to tip them off that the police are closing in. Su Ang’s actions seem sporadic and independent of one another, but as the plot unfolds, we realize everything is a piece of a larger plan at play – one that involves Lin Qiao (Guo Shutong), a young woman and cellist he grew up with in an orphanage.

The film begins with a flashback introducing us to Su Ang and Lin Qiao, and establishes the fact that, after a severe beating that nearly killed him, Su Ang has a traumatic brain injury that requires him to take medication to keep his brain from swelling. This lays the foundation for what will follow and marks the first piece of the puzzle.

Making some major leaps in logic, Blood of Youth, while indeed entertaining, takes some very generous and implausible liberties with the plot. However the frequent tongue-in-cheek comedy sprinkled throughout almost feels like the filmmakers are acknowledging how ridiculous some of these elements are and reveling in them. 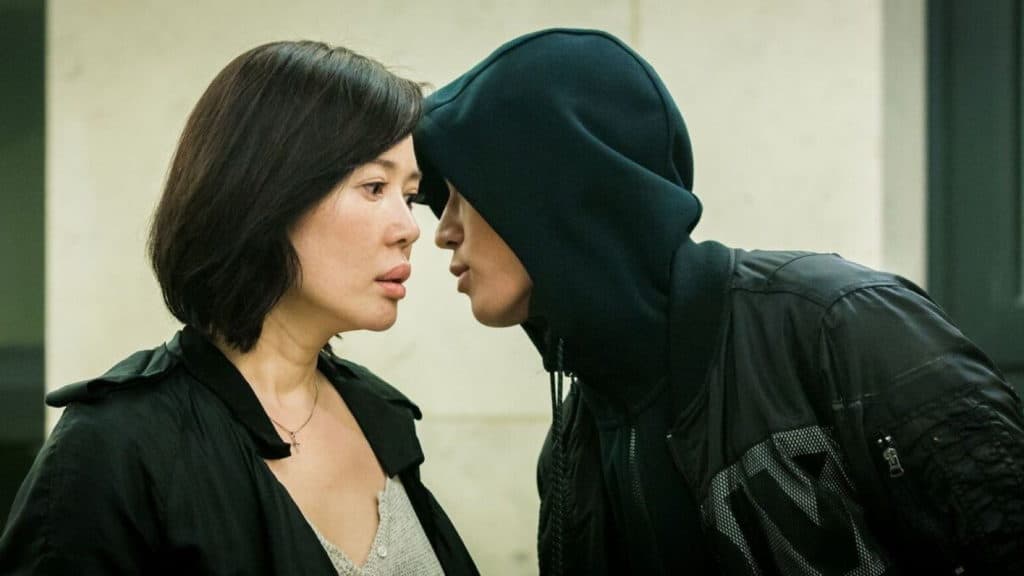 The most egregious of these elements happens to be one of the major twists during the finale, which nearly ruins the film for me. It’s a played-out mechanic we’ve seen time and again and, although this plot device was clearly designed to be that shocker moment that makes everything else that preceded it suddenly carry more weight, it simply wasn’t needed.

Though the film had a 2016 release in China, visually, it looks a whole lot like a Johnnie To film from the ’90s, which makes sense considering Cheng Siu Keung, a regular To collaborator, handles the cinematography. The visuals aren’t bad, aside from some awkward slo-mo here and there; they just look dated and slightly uninteresting.

Blood of Youth is a passable thriller with some interesting, if not entirely plausible story beats, that will keep your attention but will lack much staying power. The final twist will make or break the film for a lot of people, and unfortunately for me, it was the latter.