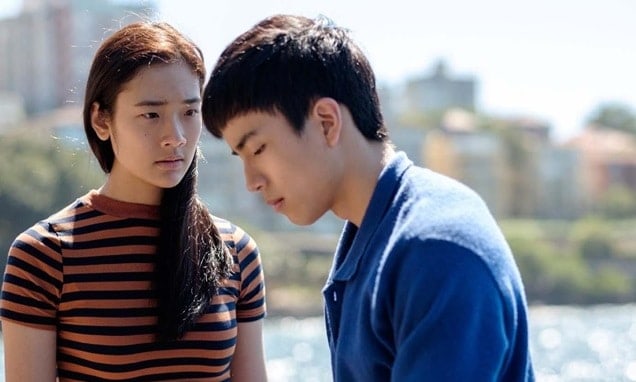 Take a look here for all our NYAFF coverage and take a look below at the full release.

Bad Genius was among seven feature films nominated in the festival’s newly launched Main Competition, which was restricted to films by first- and second-time directors; all seven films received their North American Premiere at the festival. The 17-day event is co-presented by Subway Cinema and Film Society of Lincoln Center.

Winters said that the winning film Bad Genius “re-envisions the heist movie with grades instead of gold and proves that commercial films can still be innovative and remind us why we love movies. With a complex plot, relentless pacing, driven editing, and strong performances, it makes test-taking exciting and had us on the edge of our seats.”

Kim presented the competition’s Special Mention award, which went to Yoshiyuki Kishi’s A Double Life from Japan. She described it as “a first effort that we can feel can stand alongside the work of veteran Japanese filmmakers. A well-constructed, pensive mood piece that explores identity through surveillance culture.”

An Honorable Mention for Most Promising Director went to Le Binh Giang for Vietnam’s Kfc. George Schmaltz said, “We’re calling this the Brass Balls Award. We really appreciated that he just went for it – his camera set ups and movements, his playing with timelines and wrap-around storytelling, the viscerality of his images. We’re sure he’s destined for great things and cannot wait to see what he does next!”

The four other films competing in the seven-film competition were Mikhail Red’s Birdshot from the Philippines, Chen Mei-juin’s The Gangster’s Daughter from Taiwan, Cho Hyun-hoon’s Jane from South Korea, and Andrew Wong Kwok-kuen’s With Prisoners from Hong Kong. Red and Chen were among more than 30 directors, actors, producers and screenwriters who attended the festival.

Samuel Jamier, the festival’s executive director said, “The seven films represent the breadth of our lineup. Each title explores pressing ethical issues with protagonists who push back against a staid or corrupt status quo. We hope that the films’ ambition, confidence and bravura can inspire other filmmakers and festival programmers.”