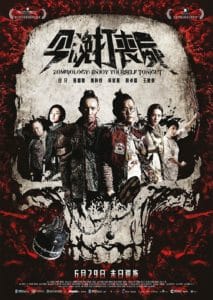 Aside from its goofy title and uniquely strange villain, Alan Lo’s Zombiology: Enjoy Yourself Tonight plays out like numerous other zombie comedies that we’ve seen over the last decade or so, making for a slightly enjoyable, yet familiar, experience despite some of the ideas on display.

A giant alien chicken appears in a back alley and emits what appears to be a soul in agony from its mouth, infecting patient zero with a zombie virus. Through a decently animated intro, we’re then introduced to the main protagonists, Lone (Michael Ning) and Yeung (Louis Cheung Kai-chung), two man children with aspirations to one day save the world.

Lone has been living with a Chinese opera singer, Shan (Carrie Ng Ka-lai), who was crippled after a car accident caused by Lone’s father that also took the life of her husband. Upon his father’s return from prison, Lone instantly brushes him off despite his dad’s attempts at a reconciliation. This reunion coincides with the sudden zombie outbreak, and the group is forced to work together to survive the apocalypse.

From there, which lands around the 35-minute mark, Zombiology follows all the trappings of your standard zombie comedy, bringing little innovation to the table with the exception of some interesting weapons; the flying guillotine was certainly a treat. 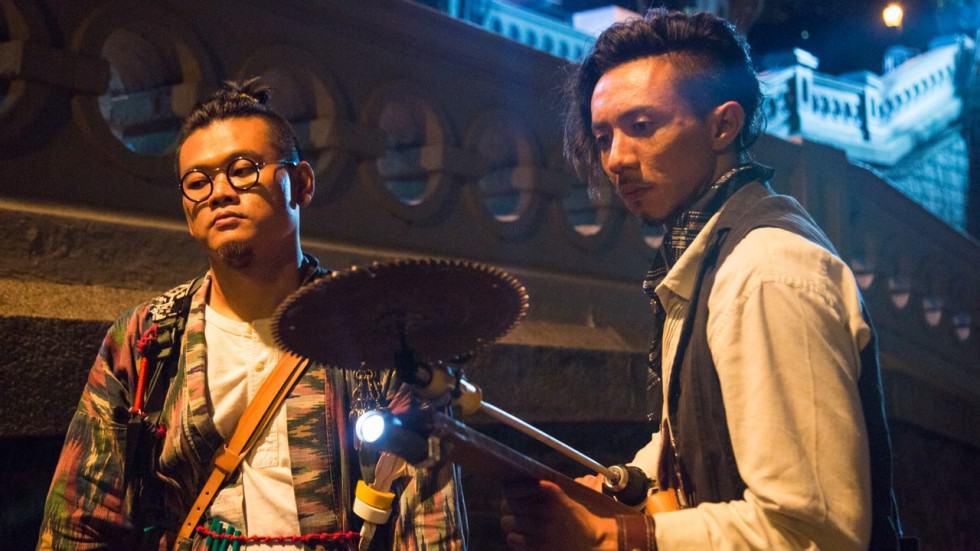 Where it diverges from the standard zombie faire is when the group encounters the chicken for the first time. As many chickens tend to do, it lays egg. What’s different about these eggs is that they are launched from the chicken like a high-speed projectile and disintegrate whatever they touch, which happens to be mostly human heads. This completely unexplained and decidedly bizarre element, while adding a weird bit of fun to the fairly bland narrative, is a presence that is confusing at best, especially considering what happens when Lone confronts it one on one.

This is where one could hypothesize that everything happening in Zombiology is a fantasy constructed within Lone’s mind as he grapples with his father’s incarceration, his best friend’s budding relationship with the girl he grew up with, and his caretaker selling her opera house and moving onto the next chapter of her life. Having not seen the short film nor read the book that this film is adapted from, I don’t know if this theory is something explored in those versions, but that’s how I’m interpreting it; otherwise, this is just a typical zombie flick with some trippy nonsensical goofiness added as a garnish.