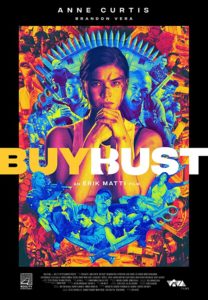 This is a repost of our review from NYAFF 2018. Buybust opens in limited release Friday.

BuyBust is a non-stop, adrenaline-soaked bloodbath that hits the ground running and doesn’t let up until the exhausting conclusion. Rivaling Gareth Evans’ brilliant film, The Raid, Matti delivers clever action set pieces with brutal fighting and top-notch camera work and choreography. The sheer scale of this film had me stunned early on, unable to pick my jaw up off the floor for the two-hour run time. 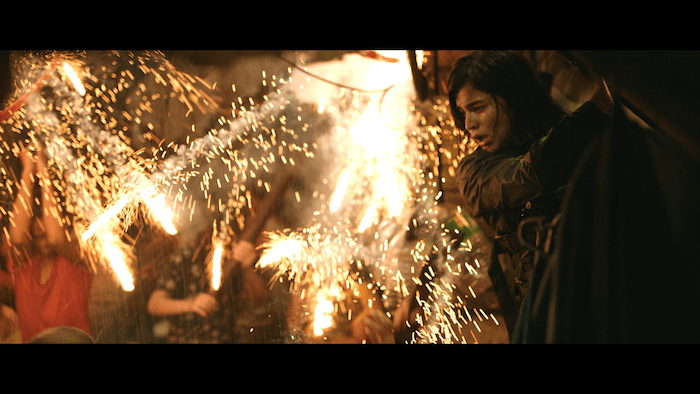 The film stars Anne Curtis as Nina, a member of the Filipino equivalent of the DEA, assigned to a new squad after a mishap in a bust resulted in her previous squad getting killed. The first job she’s assigned to with her new team is the arrest of a prolific drug dealer in Manilla after one of his pushers gets caught and flips, agreeing to go undercover and draw him out.

At the last second, the deal is moved from a crowded, open and surveyed location to the labyrinthian slums that happen to be the dealers’ home turf. The squad tracks their bait through the winding corridors of the shantytown until they stop at some sort of makeshift dance club, but it isn’t long before they’re found and must fight like hell to get out of there alive. 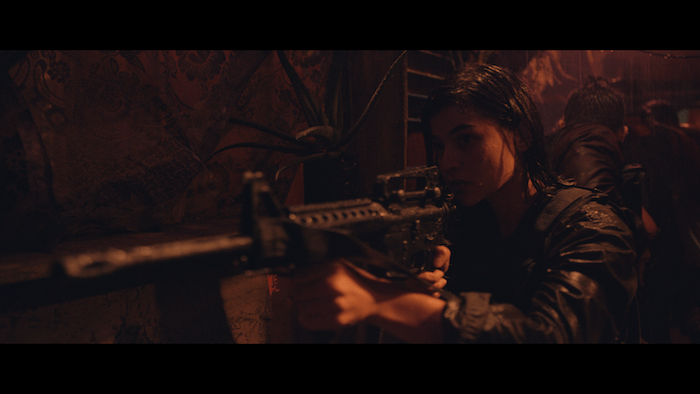 At times, BuyBust almost feels like a zombie movie as the police attempt to seek shelter from the neverending onslaught of bloodthirsty gang members, attacking en masse from roofs, through windows and from every other conceivable angle, unrelenting in their attempts to kill these people. Of course, these aggressors have more than just teeth at their disposal, though there is some biting at play. Guns, knives, machetes, pipes, gardening shears and some other interesting found objects that I won’t dare reveal are used, all to great effect, always keeping the action feel fresh through its rapidfire set pieces.

The fights are chaotic in some moments, featuring dozens of combatants, and others are more quiet, tense and intimate, such as a sequence when the squad is attempting to escape on the roofs of the sea of shacks they find themselves in and have to contend with a shooter blasting up through the roof at them.

Matti employed 309 stunt men and women and 1,278 extras, and every single one of them is fully utilized, littering the dark, wet passages and providing plenty of bodies as fodder. The location itself is consistently brought into the forefront as well, always providing a challenge for the officers as they attempt to navigate their way through the claustrophobic cluttered corridors.

This is fully realized in a fantastic, three-minute-long, single-take action sequence that sees Nina fighting through enemies on different levels, jumping across roofs and plowing through people in rapid succession. This also cements Anne Curtis as a bona fide action star. Complex, brutal and always thrilling, BuyBust is a martial arts action marvel that pushes you into the deep end early on and doesn’t let you up for air until the credits roll.