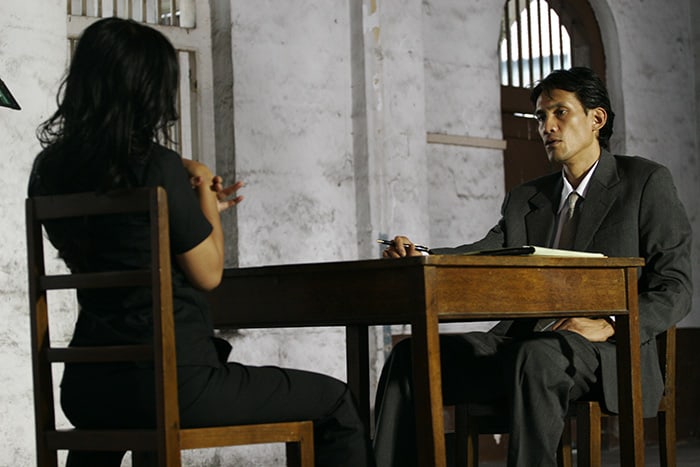 The legend of the black-magic legal thriller Dukun is a rather well known lost film in the circles of cult-horror esoterica erroneously deemed “too twisted for release” by excitable word of mouth at conventions and the threads of online forums. The film itself, originally completed in 2006 a timely decade after the true crime case it is opportunistically based upon, was sealed away with no official reason given for the sudden pull of such a high-profile release, posturing the forbidden legend of Dukun (a Malay term for Shaman) for years to come.

In reality the reason for the shelving most assuredly has to do with the tasteless exploitation of Malaysia’s most infamously bizarre murders, the ritualistic decapitation of politician Datuk Mazlan Idris by pop-singer-turned-practicing-witch-doctor for Malaysia’s rich and powerful Mona Fandey for a trashy legal drama that exaggerates the details of the case to ludicrous levels, but interest never waned on what director Dain Said made out of the arcane slaying.

Now, 10+ years after its initial completion, the world is finally allowed to see the film that painstakingly assures you “any resemblance to real events or people are purely coincidental” before the credits even role, and the result is a top-notch exploitation film that’s flighty on the details, excessive on the pageantry and camp, and faceted enough to explore the case beyond the initial peculiar allure of a modern-day witch hunt. 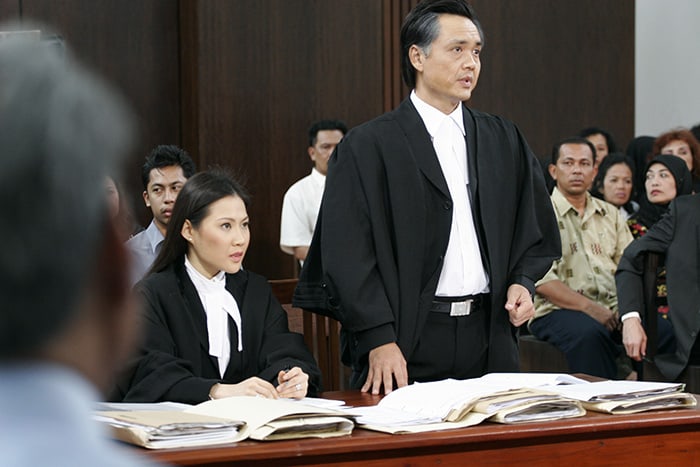 Mona Fandey is transformed into the manically ostentatious Diana Dahlan (Umie Aida in a blistering, scene-stealing performance of chaotic energy), a practicing witch doctor who is arrested for the murder of politician Datuk Jefri (one of her clients who sought to increase his influence in government). She maintains that the man’s death, which she takes almost lascivious pleasure reflecting on in court, was accidental, for if he had maintained his side of the bargain, he would have been completely unharmed.

When not on the stand and revelling in the circus she has orchestrated around her, she spends her time locked in a Silence of the Lambs-esque back and forth with her court-assigned lawyer Karim (Faizal Hussein), whom she devilishly toys with by claiming she can help find his recent runaway daughter if he is willing to assist her in practicing magic behind bars.

The dynamic between the two is what gives the films its legs, as the beleaguered Karim is forced to defend the monstrous acts of the flippant shaman who is drinking in her newfound fame like she is dehydrated and morally struggles to define when his assistance is in the name of court justice and when it is for self interest, in these wonderfully sinister face-offs between the two. 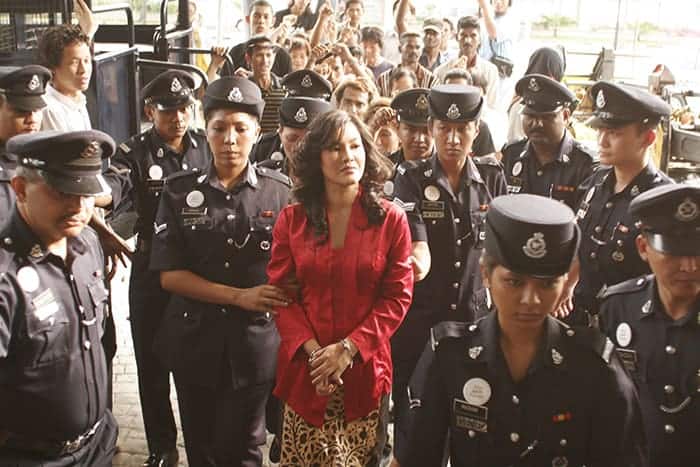 Concurrently, the film also veers away from the facts of case, with the police investigation run by Talib (Nam Ron), who links the slaying of Datuk Jefri to a series of ritualistic murders (all invented for the film) after a cavalcade of evidence in the form of preserved body parts is exhumed from Dahlan’s home. This police-procedural half feels sloppily affixed to the film overall as Talib’s character is decidedly one-note, and, other than an excuse to play around with ritualistically prepared body parts for the camera for added gore appeal, has no direct bearing on the court case itself and pales to the intrigue felt with that half.

The film does struggle to keep this thread open while simultaneously juggling the courtroom drama, the personal struggles of Karim, and the secretive cabal that Diana is allegedly communicating with throughout and the the attempted balancing act makes some plot details go over one’s head. When the initial kernel of truth that birthed the whole production was already a fascinating slice of boundary-breaking ambition and fame-chasing taboo, bending the likes of which the Malaysian court system had never experienced before, the additions of these villainous sub-factors rings excessive to what could have been a much tighter, tenser horror-tinged court drama.

What contributes to the appeal of Dukun and why – if it had been released when it was completed – it would have easily risen to cult status by this point, is how it factors in the supernatural and horror elements to what is ostensibly a straightforward, if outlandish, legal thriller. Director Said, no doubt knowing the hard-to-swallow details of his source material, casts the film in a oneric gaze, complete with a radically exploratory eye for deconstructing a scene. 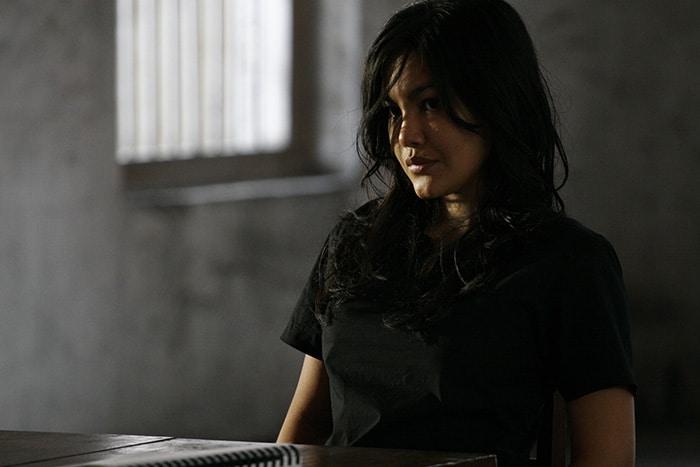 Many of the shots from his film reminds one of the stylistic ambitions of the giallo genre in how most of Dukun looks like it takes place in a nightmare, and space is left unrecognizable by how Said pushes his camera through it. Despite being a product of the later aughts, the film could very well be mistaken for a vestige of that specific 1980s’ horror aesthetic, which elevates Dukun above the accusations of made for cheap exploitation material to cash in on the country’s most infamous crimes. Ironically the majority of the horror does not come from the villainess at the center of the film shouting incantations and contorting her body in her jail cell, but from the way Said can establish a sinister, otherworldly mood from his cinematography.

Weirdly, what is so interesting about Dukun‘s tackling of witchcraft as a horror subject is that the tension does not come from whether or not it is real, but from what the sadistic soul who practices it will do with her unregistered power. Magic’s existence is never debated in the trial of Dahlan, a refreshing perspective, and the court is more concerned with what she intended to do with her rituals than whether or not they were effective.

This opens up the film to recycle some staid platitudes about the nature of her power a little too often (like “people fearing what they don’t understand,” etc.), but the unique acceptance and exploration of black magic, as if it is a common part of life, keeps the film from feeling stale and predictable. As it progresses it also finds a way to weave in Karim’s lost daughter to the nefarious tapestry Diana puts around herself in a decently executed twist that makes Dukun a viewing experience like few others.

To straddle that intersection between true crime, exploitation and black magic panic like that is still undoubtedly in poor taste, but the film finds a niche and so fills the hell out of it with sadistic glee that it is hard not to recommend it, especially when you consider the history of the production and source material.