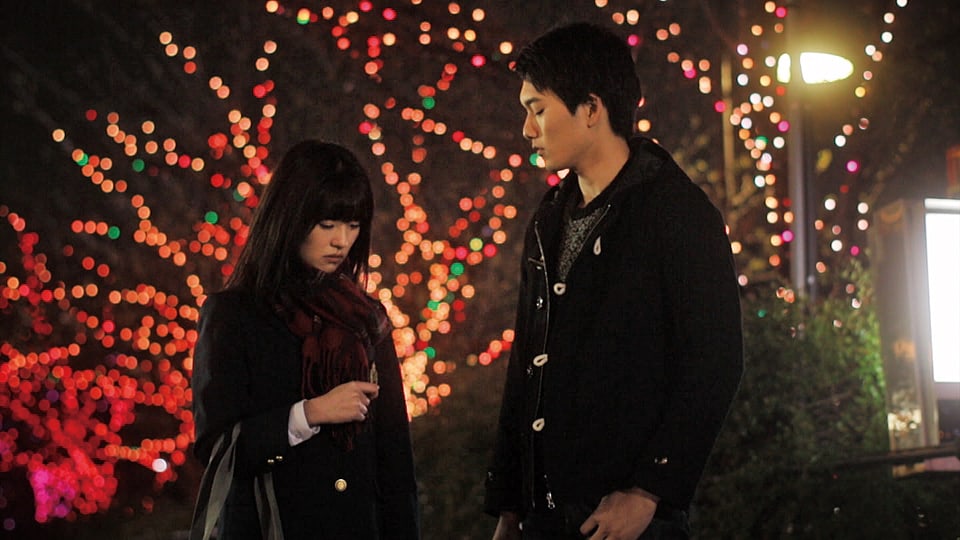 The “lion” to which the title for Ogata Takaomi’s bleak summation of young cruelty is referring is the iniquitous student body and the students’ insatiable hunger for rumors, gossip and dirt on their fellow classmates. The commonly understood paradox of a false rumor is that, once it has spread and there are enough people who will – or want to – believe it as fact, then it might as well be fact, especially to a petulant high schooler who thrives on behind-the-back hearsay.

Attempting to highlight the idea that rumors have real-world consequences for the unlucky ones they concern, The Hungry Lion is a meditation on the effects of schoolyard buzz on one of its victims in a monopolizing, objective manner, which dryly makes its opinions heard through blank, repetitive sermonizing about the ills of the young people. In the efforts to feel timely and topical about the pervasiveness of “fake news” and the malignancy of a lie on your average high-schooler’s social life and well-being, the independent Ogata has made a tedious morality tale of little substance outside of the cut-and-dry condemnation of the evil that kids can be capable of sometimes.

That blankness does not come without its purposes I suppose. In wanting to envelop the gradual descent and viral humiliation of her singular subject, Harumi, Ogata puts us at a deliberate, austere distance from the utterly average high schooler, favoring an unfeeling, singular perspective and routinely stark cuts to black as a way to transition between scenes. As she is implicated as the sexual partner of a recently ousted teacher in a video widely circulated among her peers, friends and even family, Ogata knowingly belies any notion of intimacy or even sympathy with her beleaguered protagonist. 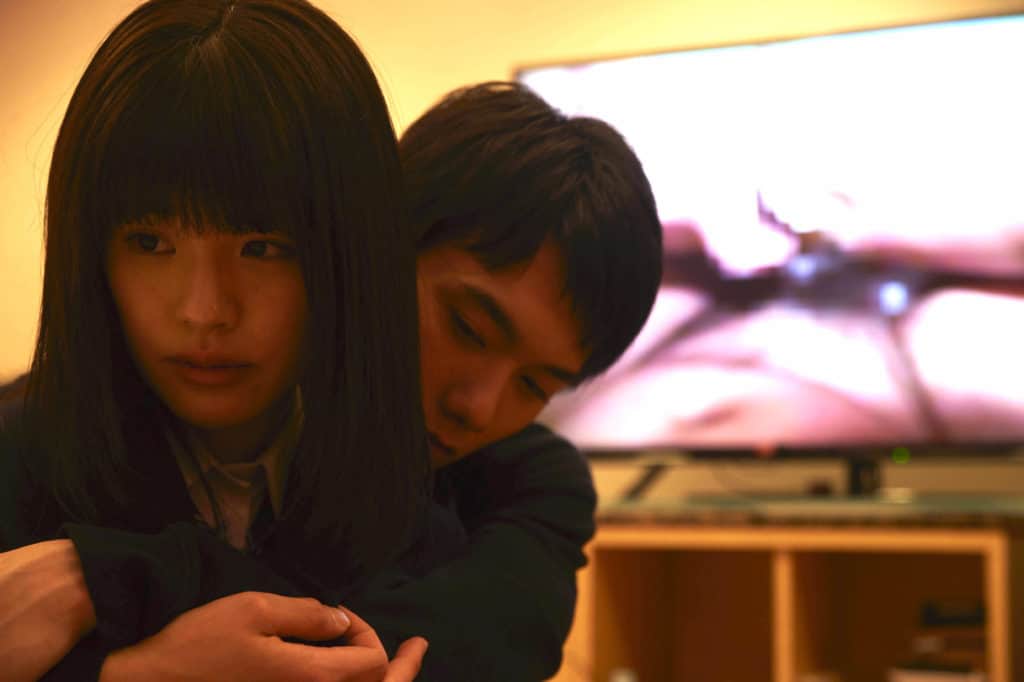 The effect is a frustrating test of one’s empathy, as any sensible audience member is capable of identifying the injustices at play at the way this rumor snowballs into a full-on crisis, but the parse touches of the filmmaker is emotionally obstructing our connection to her. The signs of Harumi’s inevitable ostracizing from her peer group and family due to the gradual slut-shaming she receives on account of the widely believed rumor (to the point that her sister even coolly denounces her as filth over breakfast) is written on the wall from the get-go. Yet Ogata extrapolates and prolongs this to what I assumed was meant for comprehensiveness but played more like tedium.

The Hungry Lion is an exercise in quotidian thoroughness, where every step of Harumi’s gradual climb down the social ladder onto the bottom rung of pariah is presented with almost mechanical efficiency. From the first seed of doubt being planted, when her close-knit group of friends show her the explicit video and casually drop the question if it is really her or not, the film continues in an abstract vignette structure where self-contained snippets of her life are taken from that unmotivated distance Ogata favors.

She spends time with her boyfriend; she talks with her friends; she meets her boyfriend’s delinquent buddies; she goes home and has a meal with her absentee mother; she loses her virginity to her boyfriend, who attempts and fails to film it; and so on, as these scenes of little detectable consequence pile up. Gradually, we come aware of Ogata’s design as attitudes start to change around Harumi, more and more acquaintances bring up the video, a coldness and distrust becomes detectable and – eventually, in an expertly accomplished erosion of appearances – she is an outcast who is mocked by her peers and ignored by her friends. 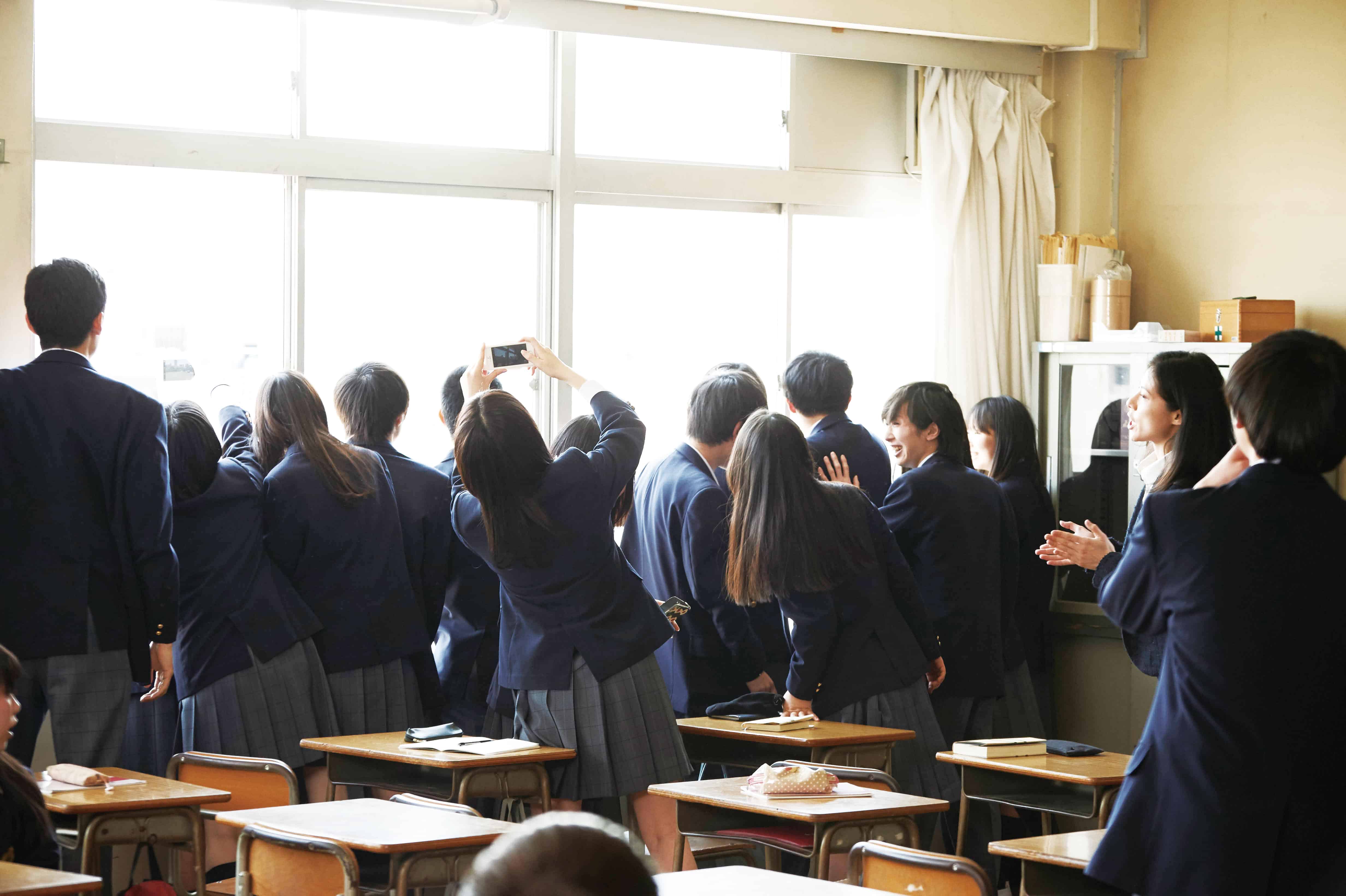 The banality of the presentation conceals the unquestionable torment she experiences, and Ogata’s intention was clearly a form of realism, to make an example of Harumi on account of the all-too-common problem of unsubstantiated claims making the rounds in the halls of school and destroying reputations and mental well-being of young people.

While I do respect the matter-of-fact protracted approach Ogata favors for Hungry Lion, it leaves little to the imagination in terms of substance, and the effect gives way to inane tedium rather quickly. The distance she employs in her unassuming cinematography may bring her closer to a realism in theory, but it creates a flaccid, bland surface to her characters and to the solitary scenario she puts into action.

Her resistance to editorializing Harumi’s victimhood leaves the point of the whole exercise in extrapolating it fixed and routine. It is not a challenge to come away from Hungry Lion cursing the cruelty of youth for how it spun a rumor into full-on psychological warfare against the innocent Harumi, but when that is the only takeaway I could have possibly ended on, I question the whole endeavor to begin with. 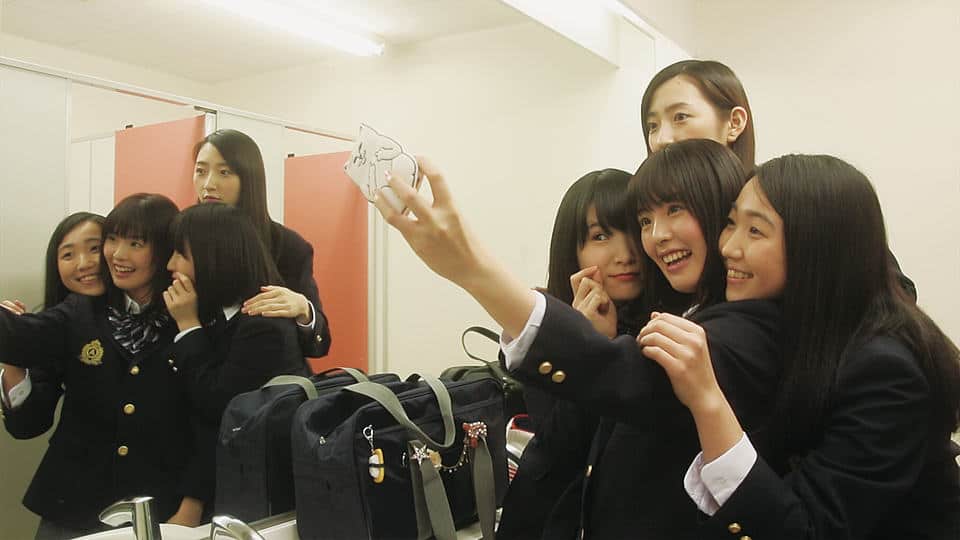 The film is a rote restatement decrying the treatment experienced by Harumi at the hands of the people in her life who refuse to take her word over the mobs that barely makes it to feature length as is, so being unable to extract any depth beyond its obvious moral hurts it gravely. It’s hard to align against a film whose intent is as explicit and in the right as Ogata’s Hungry Lion is, but the effect is far too clinical and facile to champion it.

Rather than a film exploring the dynamics of Harumi becoming a social outcast, it plays more like an instructional video for teenagers on how to recognize this specific strand of bullying, and that doesn’t exactly play from the back of the room to the front. If I were more charitable, I would deem it a striking form of minimalism that holds nothing back in its frank portrayal of the tribalism of your ordinary high-school student, but even with its frankness for its subject, it can barely illicit a rise out of me.