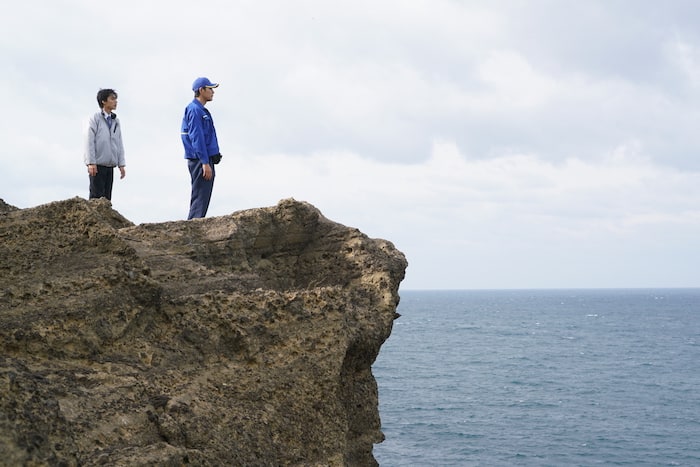 The port city of Uobuka at the center of Daihachi Yoshida’s The Scythian Lamb is an unassuming town with a proud history and is defined by its mundane citizens as being a “nice city” with “good people” and “great seafood” like that’s something to be particularly proud of. Even with these “qualities” going for it, the moody, gray seaside town is on the verge of demographic collapse due to the ongoing migration to Japan’s urban metropolises, offering the chance of a more promising future, that afflicts these coastal, blue-collar communities.

To combat this, the local government has spearheaded a new resettlement project where low-risk inmates of various prison’s are paroled with the explicit caveat that they resettle in Uobuka and remain there as citizens for a court-ordered decade, acclimating to the decelerated milieu of town life and keeping their records clean.

With six inmates all convicted of murder in the trial position, Scythian Lamb functions as a “life on the outside” dramedy of these outcasts attempting to tap into the circadian rhythms of small-town living and the hard-pressed civil servant (Ryo Nishikido) who is assigned to their reintegration process. Interesting premise aside, the promises of potential commotion or absurdity of having these criminals thrown into Uobuka is never delivered upon from Masahito Kagawa’s non-starting script or Yoshida’s lifeless, observant directing. 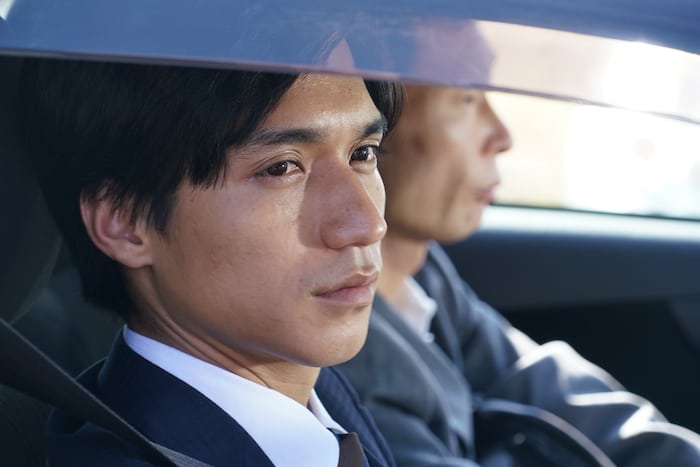 The carrying strength of Scythian Lamb is embalmed into its cast of misfits who all carry their quirks and hefty pasts in strides as they perform menial labor on the rims of this nuclear society. Tatsuhiko Yamagami and Mikio Igarashi’s source manga assembles these clear, distinct personalities from all walks of life and explores the nuances and hangups that naturally occur when attempting reintegration into a society you supposedly wronged with a zany sense of melodrama, which allowed these characters to shine in their own self-contained stories.

The filmed version attempts to uphold this texture to the story by dividing itself among these six and freely hopping between them with the scrambling civil servant Tsukisue being the connecting thread between them, but the execution is far more scattershot and ineffectual in terms of their personalities coming through.

Making a beeline between the cold, veteran Yakuza chief, Ono, to the emotionally disturbed barber, Fukumoto, and quickly stopping by the gerontophiliac Ota and fairly ordinary Miyokashi (Ryuhei Matsuda) creates an interesting tonal spread that runs the gambit between absurd humor and moving melancholy, but Yoshida has troubles balancing and separating his material to ensure it comes through at the right moments. The cast is universally tapped into to their characters, but Scythian Lamb struggles to divide itself among their personal struggles. 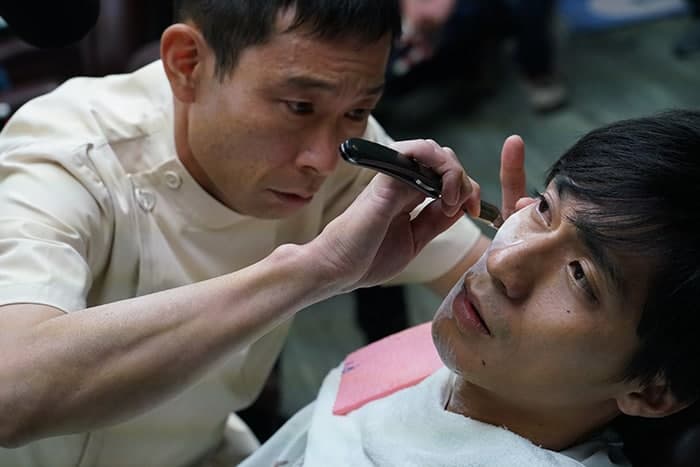 It takes a keen interest in the utterly ordinary Miyokashi and his problems acclimating, filling out the majority of the film and encompassing a lot of the other ex-cons’ arcs. In reality his focusing is a deliberate, dramatic bait and switch as Miyokashi, being the one most likely to succeed in this program, encounters the most circumstantial roadblocks to his rehabilitation as he is tempted by crime once again.

Scythian Lamb holds the potential to recommit murder over these characters’ heads like it’s an absolute inevitability and, not only does that reflect poorly on Japan’s criminal rehabilitation programs, it renders the plot repetitive and predictable. The film sets up conflict for the program participants, like their temptation to kill their newly assigned neighbors, teasing a series of on-the-nose scenes of red-herring suggestions. It’s a flimsy excuse for drama that I wish Yoshida would have steered clear of because it just isn’t believable with this assortment of personalities.

It’s a threadbare dramatic exercise that believes its musings on rehabilitation, integration, rural decay and the human criminal instinct is more poignant than the film can account for. There is so little weight attached to these characters and their personal struggles that those who don’t get left to the wayside are given what can be best described as complementary scenes of them struggling to adjust. 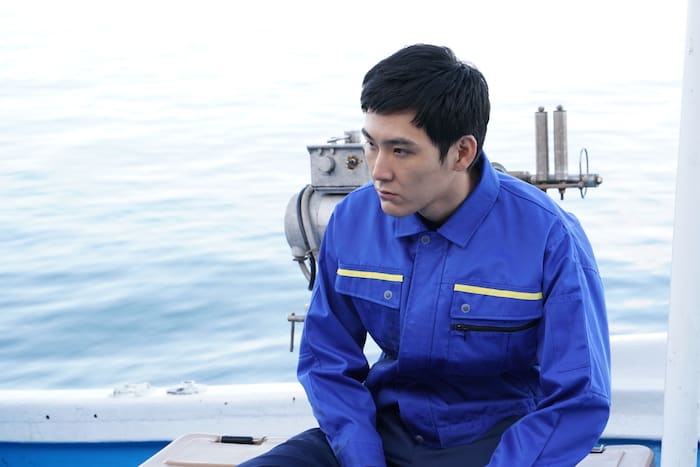 They remain paper thin by the film’s end, when they have successfully become parts of the Uoboki community and are thriving at their assigned menial jobs because the film fails to communicate the steps they took with clarity. I contend that every actor is working with what they are given, and the film’s intentions, from what I could see, are clear. But the film stumbles into bland melodrama by refusing to capitalize on its unique premise or do anything substantial with its characters.

Scythian Lamb is difficult to read because, though marketed as a black comedy, the desired humor or particular iniquity never comes through over the meek, soft, out-of-prison drama it projects. There’s potential for its tenant themes to be extrapolated into a more focused and gutting satire about criminal rehabilitation that has nothing to do with the individuals themselves, but Scythian Lamb is not direct enough to accomplish this.

As it frequently leaves its story threads wafting in the seaside breeze and putters into a predictable conclusion, one wonders how Yoshida was so successful with the equally fragmented and character juggling piece that was 2012’s Japan Academy Prize Winner The Kirishima Thing. You quickly lose interest in his characters, the premise and even his uninspired visual direction, which leaves Scythian Lamb a pointed, but utterly airless, exploration of a topic that Yoshida struggles to mold.