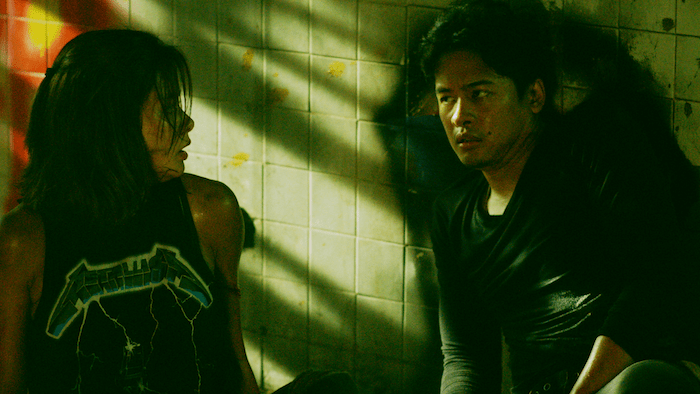 Shot in just eight days, Richard Somes’ Filipino actioner We Will Not Die Tonight evokes a lo-fi version of Walter Hill’s The Warriors, delivering unrelenting violence from the first act that never lets up. While it may share the same DNA, however, its lack of charisma and stylish flare of Hill’s classic causes it to pale in comparison.

The film stars Erich Gonzales as Kray, a down-on-her-luck stuntwoman struggling to pay the bills after her father falls ill and requires expensive medical treatment. She reluctantly agrees to rejoin her former criminal crew in order to carry out one last high-paying job that will make her money woes disappear, but we can all guess it won’t go according to plan. 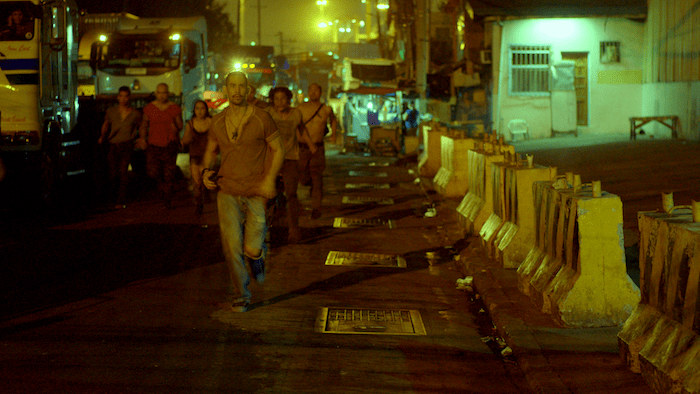 As it turns out, the simple smuggling job they thought they were doing has been changed to child kidnapping for the purpose of organ trafficking at the last minute, and while the gang isn’t opposed to doing some slightly illegal jobs, this kind of evil is far beyond what they’re willing to do for a buck. Trying to walk away from the crime boss who hired them causes an altercation, resulting in several of the traffickers getting killed.

The rest of the film is Kray and her friends attempting to flee the pursuing traffickers, sometimes being caught and forced to fight them before getting away and continuing to try and find sanctuary. It’s a simple concept that delivers on varying degrees of success.

Because the bulk of the film plays out over the course of one night, we’re constantly bathed in darkness, with small bits of saturated light peeking through here and there. It’s not an exceptionally pretty-looking movie, mostly taking place in decrepit warehouses or decrepit alleys or decrepit stairwells, with not much to differentiate one place over another. It’s a fitting backdrop to the wanton violence taking place on screen, but there was just no character to the locations, save for the trafficking den near the beginning. 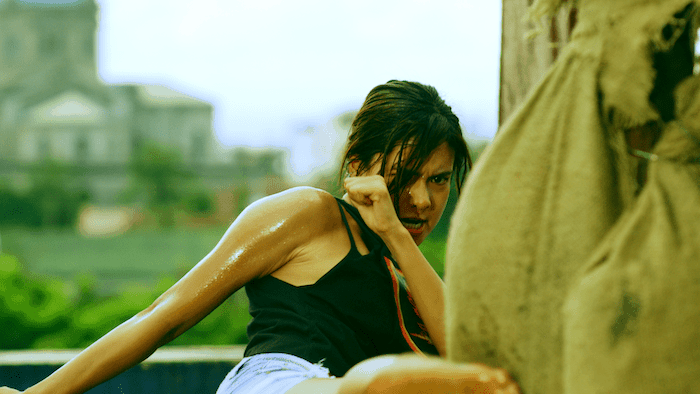 Kray and her team are a force to be reckoned with, all fully capable of taking on multiple enemies at a time, resulting in a large number of satisfying and incredibly bloody fight sequences, but the fast cuts and shaky camera movements obstructed much of the action, becoming frustrating more than aiding in the kinetic savagery taking place.

There’s a decidedly low-budget vibe to the film, with its barebones narrative and wonky cinematography, which overuses slow motion at seemingly random moments. Frequently, the scene will superimpose over itself as well, adding a sort of amateur, B-movie look, which some may enjoy, but probably not for reasons the filmmaker intended.

The sound mixing was also a bit spotty with inconsistent and poor transitioning between dubbed and undubbed dialogue. In one moment two characters would be having a crystal clear conversation from what seems to be a sound booth, and then, the next moment, we hear background ambient noise from the same location while they’re talking. This is only noticeable in the first moments of the film, however, and is far less distracting after the action ramps up.

We Will Not Die Tonight is a brutal, mindless thriller that, while lacking in technical proficiency, delivers a raw, bloody experience that contains more than one “oh shit!” moment, making it worth a look.