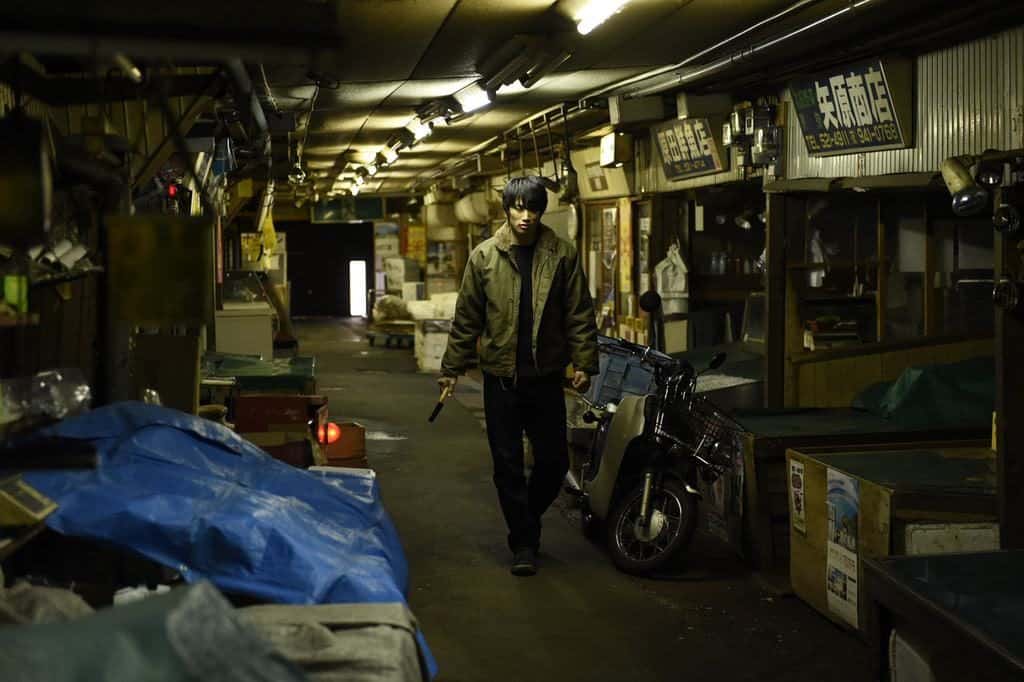 The central thesis of Jam, the latest from actor-director SABU (who carved out a reputation for himself throughout the ’90s with his frenetic tales of extraordinary circumstance befalling ordinary people), seems to propose that life is guided by a series of synchronicities and connections of which we are never truly aware. Telling three concurrent stories of people who couldn’t be more different from one another, Jam delights in the small but significant ways it can stitch these unrelated stories together and cause them to overlap, where one character’s action will have drastic consequences for another.

Conceptually, the film is engaging and each story holds potential for broader development, but assembled as they are, the final product does not feel like a coherent whole. As if SABU compiled a feature out of the scrapped projects that never got past their development stage, Jam’s structure and construction is much more engaging than its actual existence 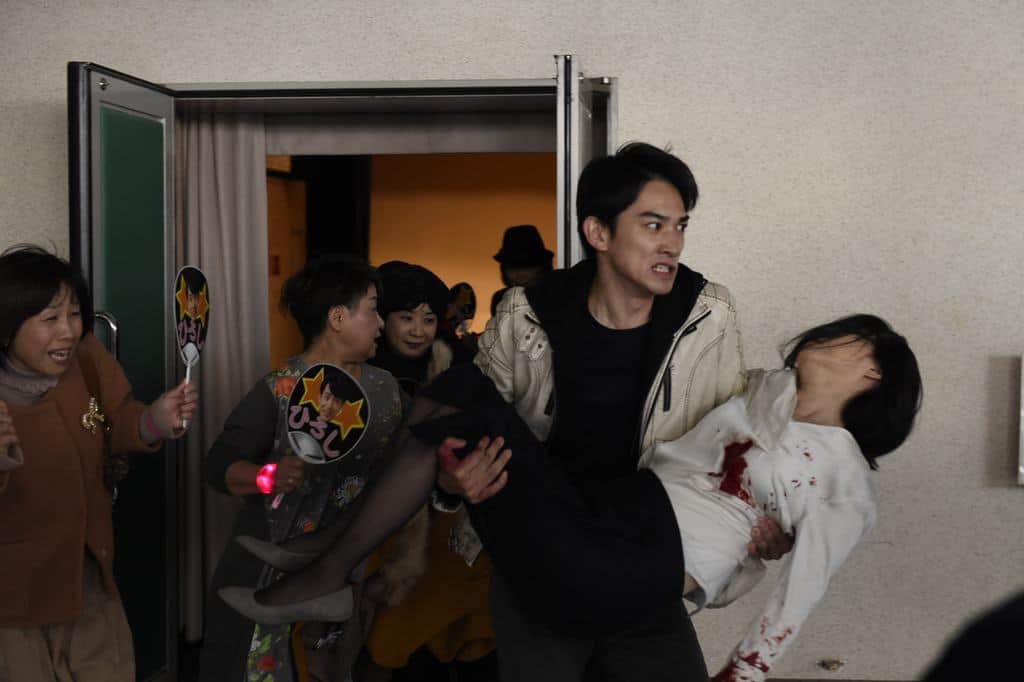 Jam follows three people living in the same provincial city whose unfortunate situations cause their fates to be intertwined in a series of formative coincidences. Hiroshi is an enka (ballad) singer whose cult-like popularity among elderly women has not only prevented him from accessing the mainstream but also allowed one particularly intense fan named Masako to kidnap him before his concert so that he can write a song about her.

The process of his fanatical kidnapping causes him to inadvertently cross paths with Takeru, a benevolent soul who believes doing enough good deeds will miraculously awaken his wife from an extensive coma. His drive to help all who ask also leads him to assist two yakuza in their hunt for the third character, Tetsuo, a silent former gangster on an insatiable revenge path to get back at those who put him in prison.

These lives all move forward and subsequently intersect due to each’s single, solitary goal (fame, love, revenge), and their juxtaposition really highlights the discrepancies between their assemblage. Hiroshi and Masako’s story plays like a parody of Stephen King’s “Misery,” as his entrapment leads to some silly gags of her obnoxiously critiquing his poor songwriting ability. It’s a cute scenario on its own, but, when placed alongside the ultra-violent warpath of Tetsuo’s revenge (which contrastively is a series of brutal street fights shot in visceral, frenetic handheld cinematography), the tonal whiplash is most definitely felt. 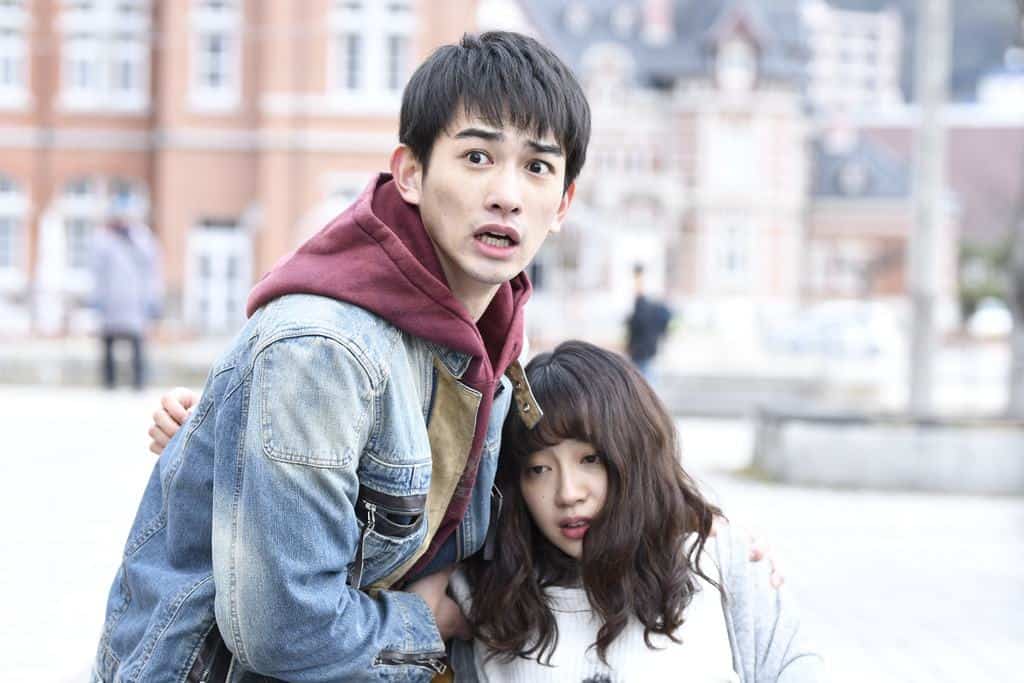 It is pick ‘n’ mix genre cinema at its least fluid, and the sugary addition of Takeru’s overly sentimental mission from the literal heavens to heal his wife doesn’t improve the taste. Despite the minor coincidental crossovers that the script tries to engineer, the overall effect is three islands with some shoddily built bridges between them.

This is a shame because what is presented in these story fractals has the makings of three feature films that could have been much stronger on their own. Hiroshi’s tale, on its own, could have been a great farcical commentary on the entitlement of Stan Culture; Takeru would have been a simple but necessary reaffirmation of the importance of hope in trying times; and Tetsuo’s, pulse-pounding singular revenge film of a hardened soul returning home in search of something good in an unfair world. 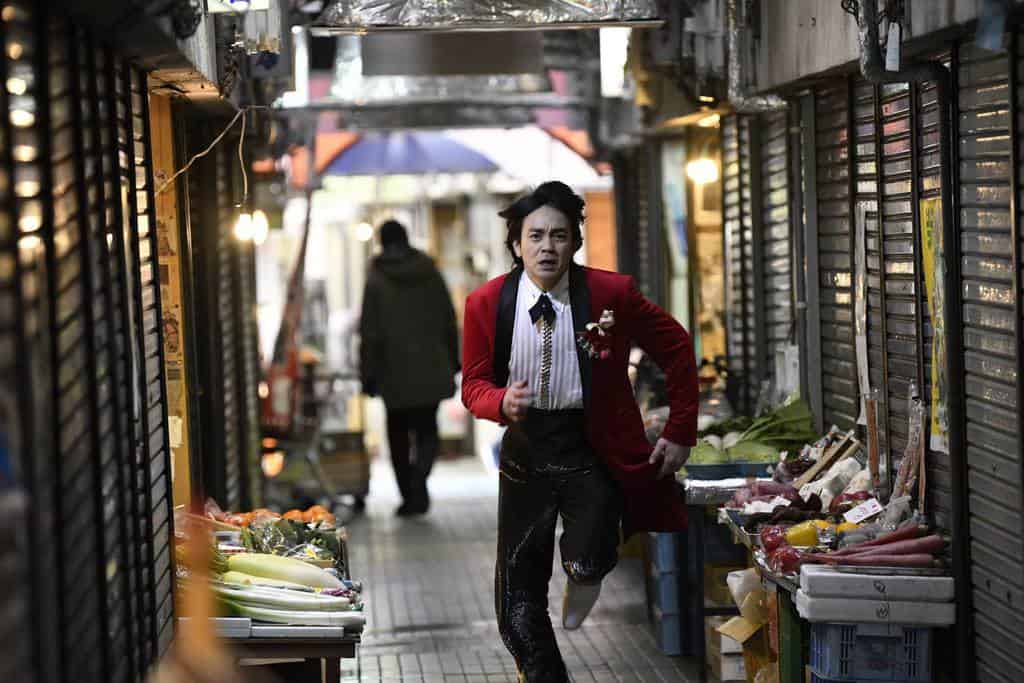 All these film ideas resonate, but their fracturing and connection in Jam don’t show them in the best possible light. I laughed constantly throughout the “Misery” scenario; was enthralled by the realistic, gritty beat-downs, and even moved by the sweetness of selfless good deeds, but overall  I was underwhelmed by Jam.

There is a lot to like in SABU’S latest without necessarily liking SABU’S latest as a whole, and that for the most part is fine. You wind up constantly asking yourself what positives are generated by the meticulous intermixing of these stories of disparate tone, style and message, coming up with desperate reaches to bring method to the uneven madness.