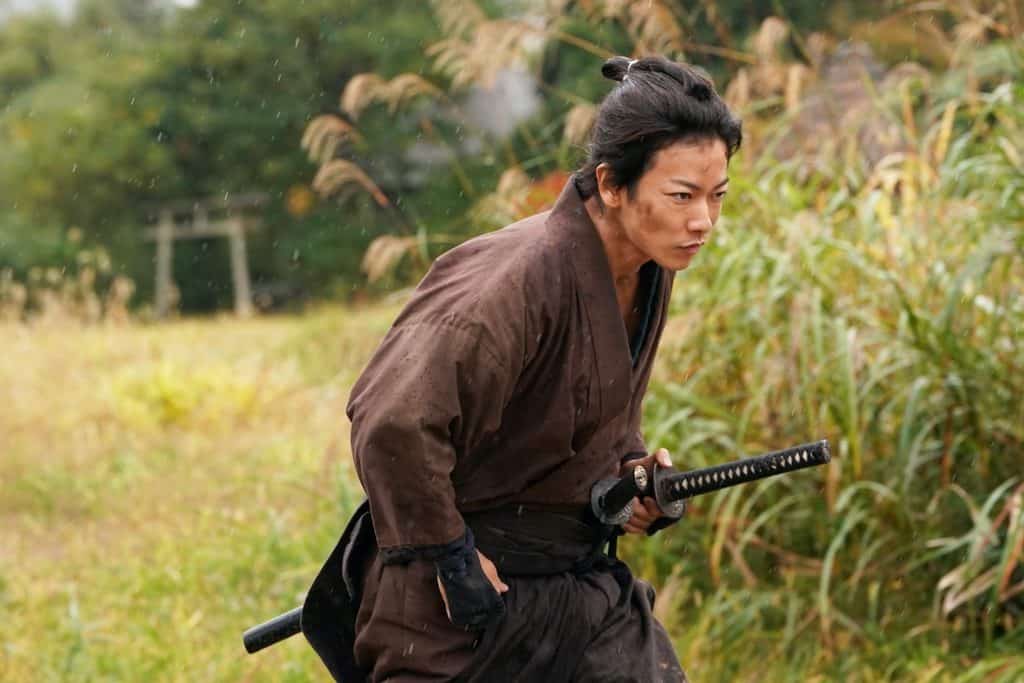 Samurai Marathon made its North American premiere at NYAFF 2019.

Based on the novel by Akihero Dobashi, Samurai Marathon takes a bloody and sometimes whimsical look at Japan’s first marathon. Although uneven in certain spots, this period piece from director Bernard Rose, known for his horror classic Candyman, is an entertaining if not slightly underwhelming look at an interesting piece of history.

After American imperialists arrive in Japan in 1855, the leader of the Annaka samurai clan becomes concerned of an impending invasion despite the Americans’ promise of peace. Because his people have been living for the past 260 years without conflict, the clan leader believes his warriors have become soft and organizes a 35-mile marathon to whip them back into shape. Unfortunately, due to a miscommunication with one of his spies, the shogun believes the marathon to actually be a planned coup and sends a band of assassins to wipe out the clan.

Blending multiple genres, Rose adapts Dobashi’s book by following the lives of several participants of the marathon, however the depth in which he explores them varies from surface level to non-existent. 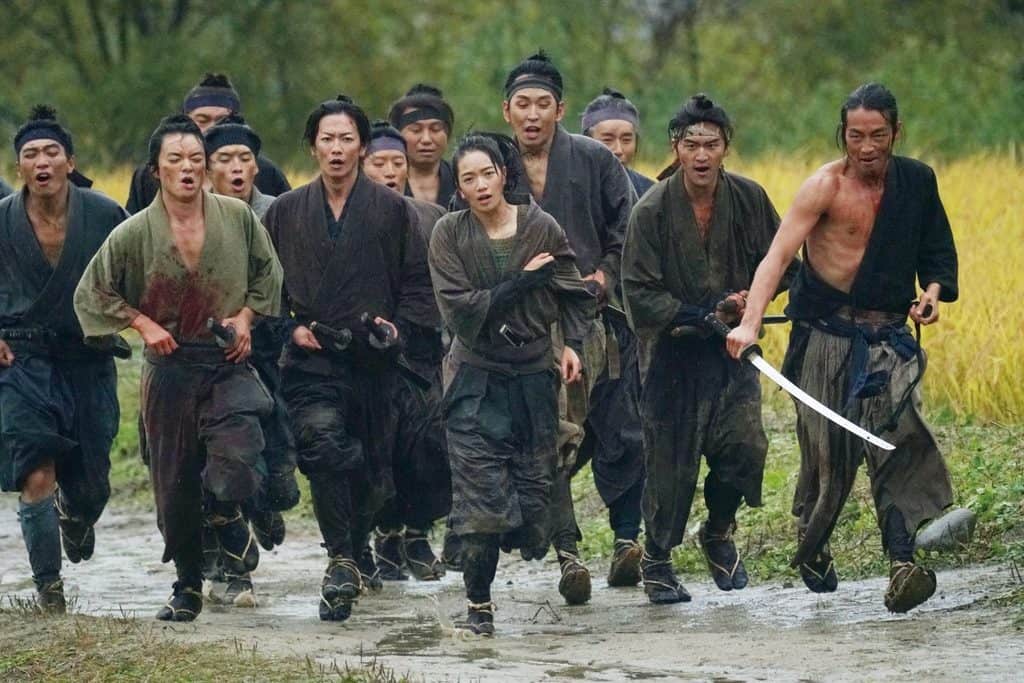 Nana Komatsu plays Yuki, the daughter of the Annaka lord who, after a proposed marriage with one of the clan’s chief warriors, runs away and disguises herself (poorly) as a soldier in order to participate in the race. Though this is framed like a Mulan situation, most people who see her immediately recognize her, proving that simply lopping off some of your hair and changing clothes doesn’t do an adequate job of changing one’s identity.

Rounding out the central cast of characters is an upstart foot soldier who is favored to win but warned against placing first from the higher-ups; a ninja spy named Jinnai (Takeru Satoh) who makes the fatal mistake of misunderstanding the race and sending word to the shogun; and Yuki’s suitor, a tough yet bafoonish fighter with a set of useless backstabbing cronies.

Samurai Marathon carries with it a somewhat awkward tone, serving as a period drama, slapstick comedy (a bear poops on someone’s head) and a bloody samurai film all at once. While all these elements work perfectly fine on their own, the melding of these genres doesn’t necessarily give the film a consistent feel. 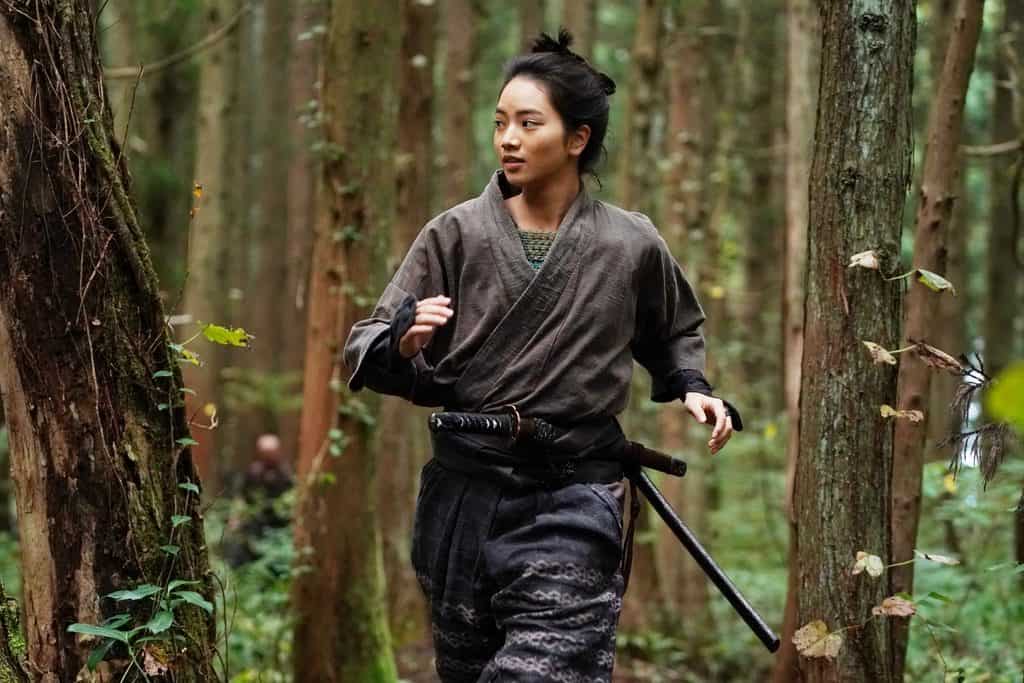 When the shogun’s troops arrive, the film takes a decidedly darker turn, with the violence and bloodshed ramping up from there. Led by a gun-wielding psychopath who happens to be a former member of the Annaka clan, the troops plan on attacking the samurai after they complete their run while weak with exhaustion.

Rose employs some expertly crafted choreography with heaps of satisfying practical effects to accentuate every cut and stab.There isn’t wall-to-wall action, but when it does occur, it’s very well executed. 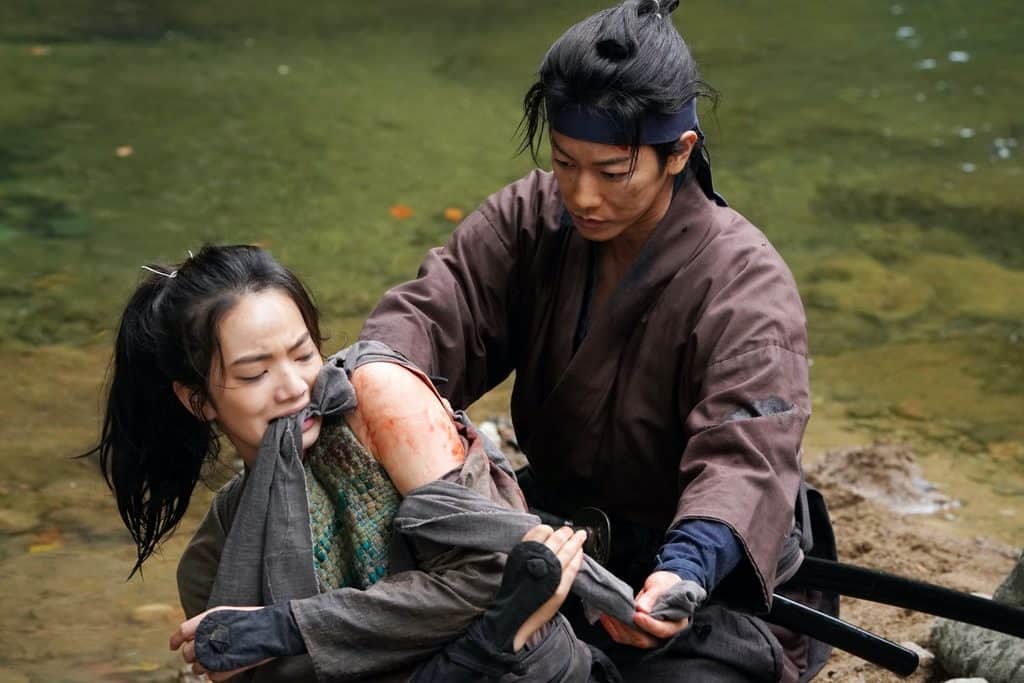 Although not completely centered on him, Satoh’s character of Jinnai acts as the protagonist, both instigating the violent result of the shogun’s paranoia and impacting the lives of the other central characters. The film periodically imparts narration from Jinnai, an element that adds little to the narrative and ultimately proves to be unnecessary and poorly implemented.

Samurai Marathon a fascinating piece of history, especially because the marathon is an event celebrated in Annaka even today, honoring those who lost their lives so many years ago. Rose’s adaptation is worth a look, but because it attempts to do too much within its 103-minute runtime, it neglects some of its characters in the process.