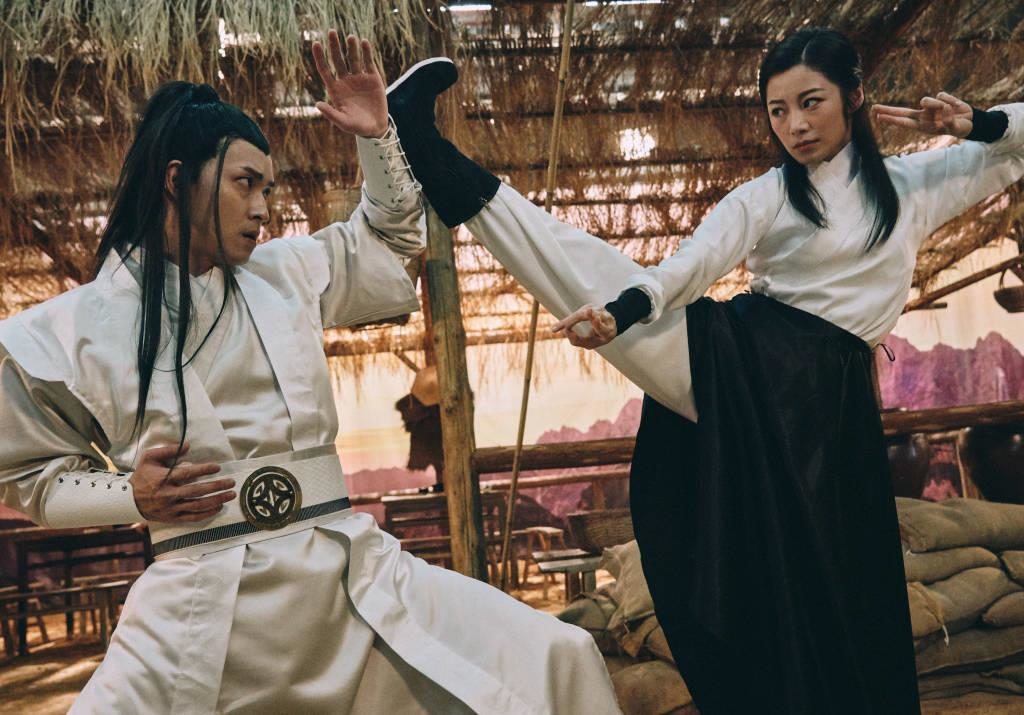 Any movie aiming to dramatize the laborious nature of film production inevitably strikes upon the same universally accepted truism about the onerous process that has brought many a film crew to the point of despair. For those with any production experience, it cannot be understated or undersold how inconceivably difficult it is to shoot a movie, to have the countless intricate facets of production (all in their own way precarious) and collaborators come together to assemble a functioning piece of entertainment.

At any stage of this protracted undertaking, something can go wrong and spin an entire film into disaster, but filmmakers and creatives at all levels of this century-old process stick with it because of their unbridled passion for cinema and movie making in general. Any filmmaker worth one’s salt who is hoping to accurately dramatize the nature of filmmaking stumbles upon this maxim and hopefully leaves the audience with a newfound appreciation for an artform.

It is incredibly transparent when a director has some form of insight into the art of filmmaking, and when they are working from a derivative script rehashing the truism with little in terms of a unique perspective. That being said, Legendary in Action! — a comedy about a washed-up, once-promising director making his dream project, where nothing seems to go according to plan — struggles to find new ground to cover.

The film follows Bill “Tiger” Cheung (co-director Justin Cheung), who bets his floundering career on a passion project adapting a wuxia television series beloved by him in his youth. Cheung and Li Ho’s film unfolds as a series of wasted opportunities to either effectively poke fun at the prospect of a film production going off the rails or to corral and relay that indomitable creative spirit that underscores nearly all aspects of filmmaking.

The screenplay from Gary Chan sets up a fairly well worn arrangement of misfortunes that befall Tiger’s production that rarely translate to laughs or tension, due to the speediness in which the script sets up and passes by potential conflicts. We should be led to believe the production of The Seven Star Sword is a precarious one held together by natural filmmaking gumption and a prayer, but Legendary in Action! cannot help but project a disinterested air over what it dramatizes, as if it is just attempting to push the story onto the next underdeveloped conflict.

We get moments of potential strife, such as Tiger attempting to balance his work schedule with his underwritten pregnant wife (Harriet Yeung); financiers backing out of his production, leaving him without a budget; or his stunt casting of the original wuxia TV series’ actor, the aging and seemingly senile Master Dragon (Chen Kuan-tai), leading to onset accidents and cowtowing to his old-school filmmaking demands. But none of these moments are given the weight necessary to resonate or to leverage. While Cheung’s direction is mostly serviceable to convey the plot points, the pacing leaves a lot to be desired, as many of these supposed conflicts are introduced and effectively corrected in an overbooked third act, robbing them of their effectiveness.

Tragically, the one potential hook for Legendary in Action! being a film about filmmaking working within a genre like wuxia, which is underrepresented in this pseudo-genre, also goes relatively underexploited. Hopes of gags involving wire-fighting or parodying the distinct style and melodramatic form of wuxia never arrive, while the other route of lovingly paying tribute to the genre arrives too late into the film to read as sincere.

The prospect of a wuxia film’s production — wherein so much of the genre’s established form (the highly sophisticated and acrobatic choreography, the epic nature of the storytelling, the graceful-yet-rapid cinematography, etc.) — can easily go spectacularly wrong when placed in the hands of a washed-up director and his ragtag crew of misfits, the fact that Legendary in Action! fails to see the potential of its own concept is particularly tragic.

Much of the film’s undercooked moments are salvaged more or less by a cast of decent performances, even if the film that houses them fails to match their energy. At the end of the day, Legendary in Action! hits those familiar beats involved with a film about a film production and settles on a rote, if nevertheless true, statement of passion and ingenuity being the guiding principles for most filmmaking endeavors — with all logistics of film production being pesky obstacles that a savvy director is meant to conquer.

Regurgitating this well established message is all well and good and can never truly be emphasized too many times, but we’ve heard it through more insightful and inspired films that are capable of capitalizing on their premise.