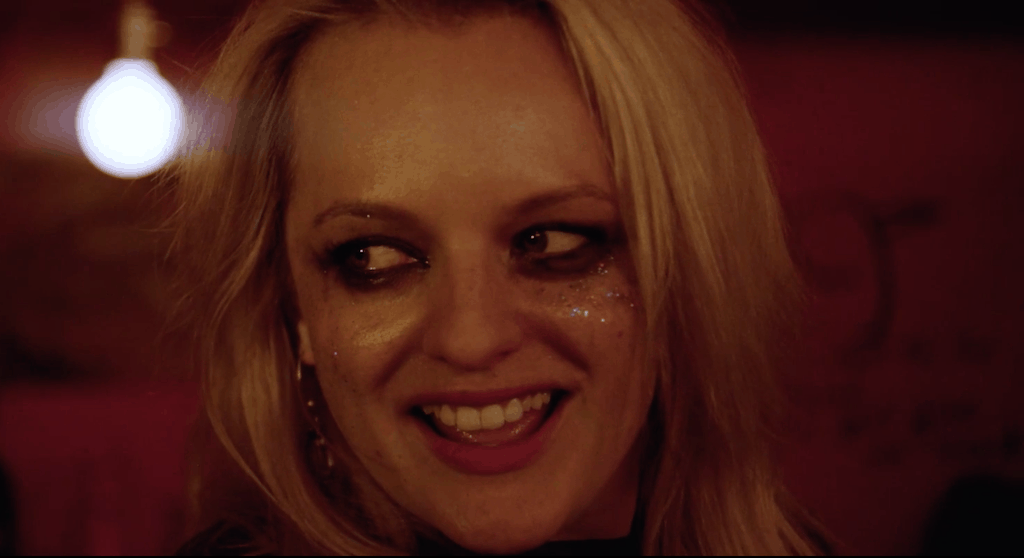 This is a repost of our review from NYFF 2018. Her Smell opens in limited release Friday.

Alex Ross Perry’s latest and most caustic film yet, Her Smell, is an exhausting journey into the shattered mind of a riot-grrrl rocker on a downward spiral of substance abuse that too often tags along with fame. Like Perry’s previous filmography, Her Smell is defiantly inaccessible, but those who can weather the 135-minute runtime may find it as captivating and oddly touching as I did.

Told in five acts that play out in real time and are separated by VHS footage from the band, Her Smell tells the story of Something She, a ’90s punk trio lead by Becky Something (Elisabeth Moss in an Oscar-worthy role). The film begins with footage of the young band, celebrating their cover of SPIN Magazine before jumping forward a few years to a now-weathered and -worn band, plagued by drug and alcohol abuse and Becky’s increasingly erratic behavior.

Perry spends the first three acts of the film plunging us into the chaos of Becky’s life as she derails her career and alienates everyone around her, including her bandmates (Agyness Deyn and Gayle Rankin), the father of her child (Dan Stevens) and the owner of their label (Eric Stoltz). As her fragile mind begins to splinter, she employs the aid of a fraudulent shaman to realign her shakra or whatever, but the constant availability of booze and drugs consumes her to the point of those closest to her not being able to recognize the woman they love. 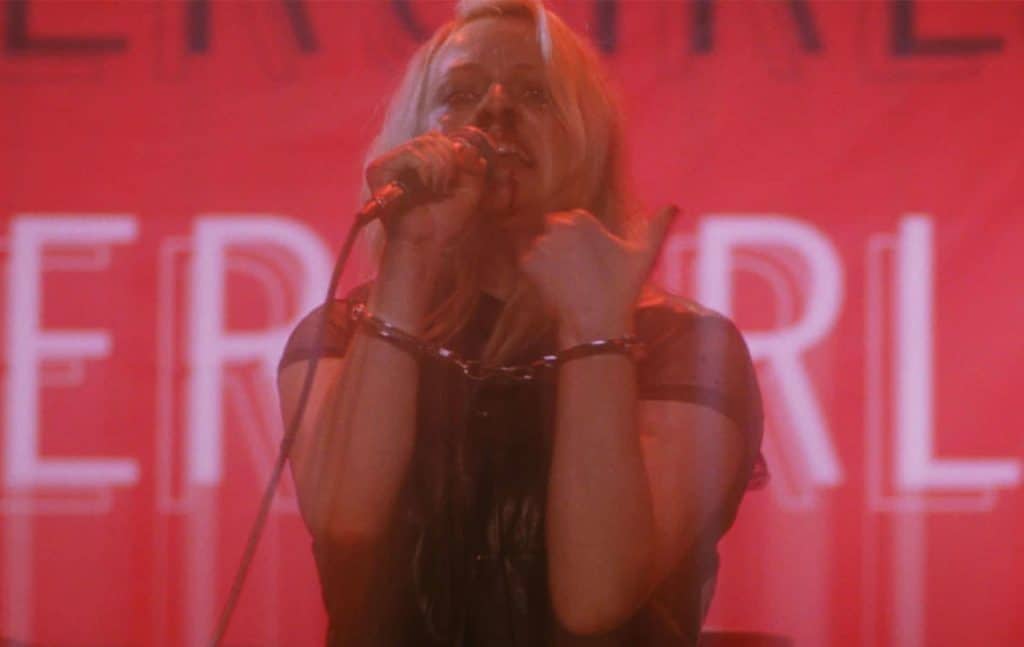 For over an hour the audience is bombarded by Becky, who never takes a break in her obnoxious, unhinged abrasive nature, made all the more uncomfortable by plenty of extreme closeups and an ever present percussive rumble, exuding entirely too much energy with no reprieve. The majority of Her Smell is an unpleasant experience but one that was very much intended and executed to near perfection.

The reward of the film comes in the last two acts, in which the story deviates from the previous backstage and recording studio antics in favor of a much more subdued, somber tone, complete with a stirring and beautiful rendition of Bryan Adams’ Heaven, performed by Moss. While not a musical per se, Her Smell features a solid number of original songs, all of which are catchy and indicative of the time period in which the film takes place. 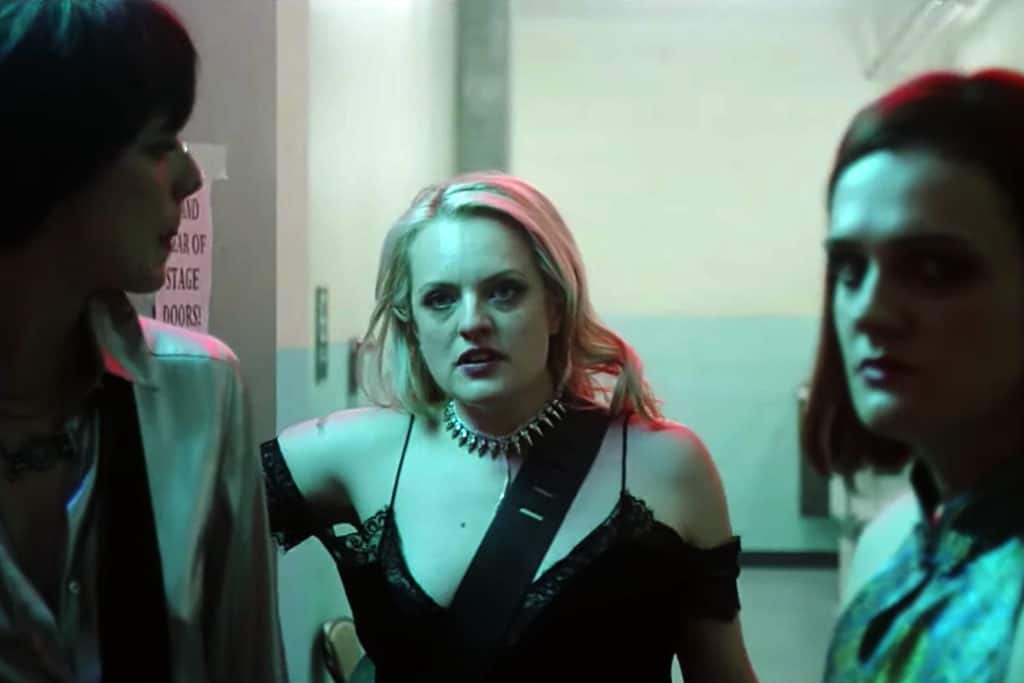 Moss gives the performance of her career, which is saying a lot, as she’s been giving nothing but award-worthy performances since her role in Mad Men. Her manic, self-destructive persona is nothing short of incredible, running the emotional gamut from one minute to the next – in one breath espousing spiritual mumbo jumbo and then trying to stab her bandmate with a broken bottle in the next. This has Academy Award written all over it, but I’m afraid the clearly not-mainstream nature of the film will cause her to be overlooked, which would be criminal.

Her Smell is not a film for everyone, and even those who admire Alex Ross Perry’s work may find it a bit too grating to stay on board. But I believe it to be his best film to date. It’s overly long and wears on your patience, but the exploration into the life of Becky Something is one that I couldn’t help but find utterly enthralling from beginning to end.