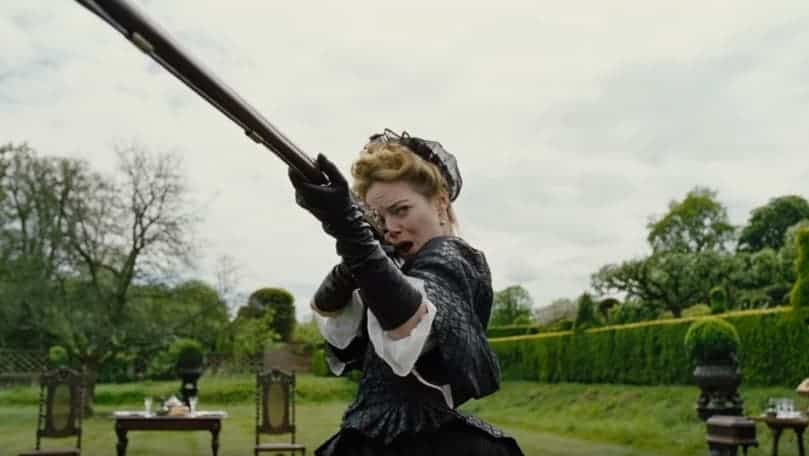 The latest Lanthimos joint, The Favourite, has been announced as the opening night film for this year’s New York Film Festival, which is celebrating its 56th edition. The festival is set to run in NYC from September 28 – October 14. Recently, a teaser trailer for the film was released, which you can watch here, in case you weren’t already sold.

Take a look below for the full release, and be sure to head over to the official NYFF site here for ticketing and more info.

In Yorgos Lanthimos’s wildly intricate and very darkly funny new film, Sarah Churchill, the Duchess of Marlborough (Rachel Weisz), and her servant Abigail Hill (Emma Stone) engage in a sexually charged fight to the death for the body and soul of Queen Anne (Olivia Colman) at the height of the War of the Spanish Succession. This trio of truly brilliant performances is the dynamo that powers Lanthimos’s top-to-bottom reimagining of the costume epic, in which the visual pageantry of court life in 18th-century England becomes not just a lushly appointed backdrop but an ironically heightened counterpoint to the primal conflict unreeling behind closed doors.

New York Film Festival Director and Selection Committee Chair Kent Jones said, “The Favourite is a lot of things at once, each of them perfectly meshed: a historical epic; a visual feast; a wild, wild ride; a formidable display of the art of acting from Rachel Weisz, Emma Stone, and Olivia Colman, abetted by a brilliant cast; a tour de force from Yorgos Lanthimos. And… it’s a blast. We’re very excited to have it as our opening night film.”

“It’s a great privilege to be showing The Favourite for the opening night of the New York Film Festival, which is a very special place for the film,” said Lanthimos. “I had a wonderful experience screening The Lobster at this distinct festival and I’m looking forward to sharing The Favourite with audiences in New York. I was envisioning this film for many years and eventually had a lot of fun making it.”

Tickets for the 56th New York Film Festival will go on sale to the general public on September 9. Festival and VIP passes are on sale now and offer one of the earliest opportunities to purchase tickets and secure seats at some of the festival’s biggest events, including Opening Night.