A new trailer has been released for Kitty Green‘s office thriller The Assistant, starring Julia Garner as an ambitious college grad who gets a job as an assistant at an entertainment company who discovers some very insidious things are happening. The film takes place over the course of one day in the office, and judging by the trailer, it looks like there are indeed some very nefarious things afoot. The film also stars Matthew Macfadyen, Makenzie Leigh, Kristine Froseth, Jon Orsini, and Noah Robbins.

The Assistant opens in theaters January 31.

The Assistant follows one day in the life of Jane (Julia Garner), a recent college graduate and aspiring film producer, who has recently landed her dream job as a junior assistant to a powerful entertainment mogul. Her day is much like any other assistant’s – making coffee, changing the paper in the copy machine, ordering lunch, arranging travel, taking phone messages, onboarding a new hire. But as Jane follows her daily routine, she, and we, grow increasingly aware of the abuse that insidiously colors every aspect of her work day, an accumulation of degradations against which Jane decides to take a stand, only to discover the true depth of the system into which she has entered. 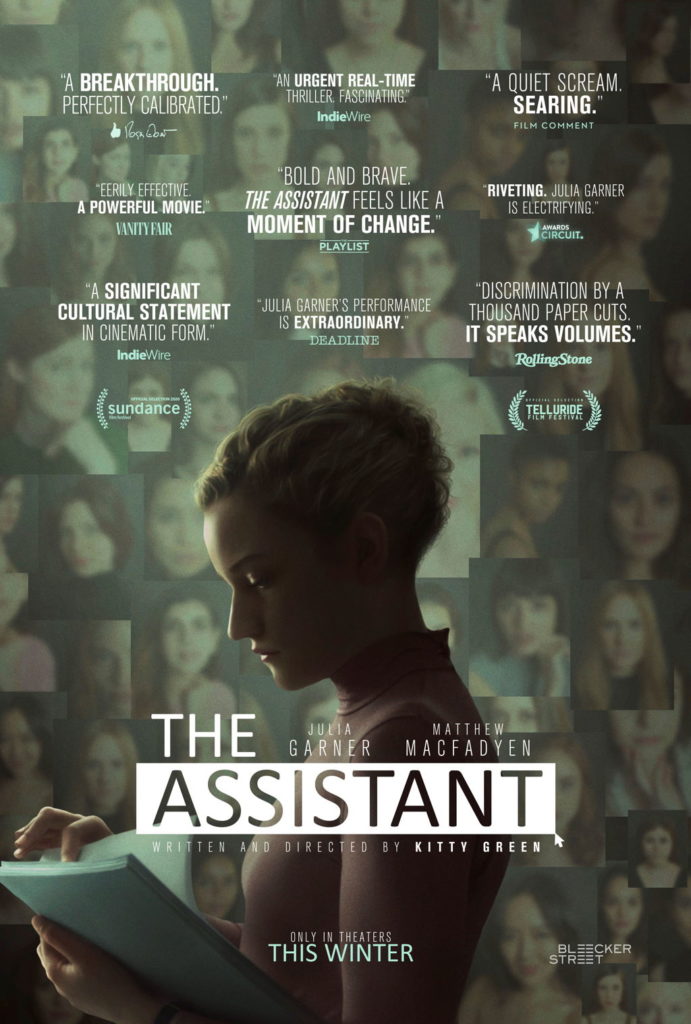