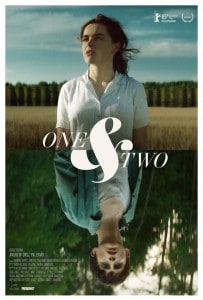 If the filmmakers who imitated Terence Malick had any understanding of his films, the world would be a better place. One and Two is another in a long line of independent American films to borrow clearly from the acclaimed filmmaker, to somewhat mixed results.

Its mixture of science fiction and lyricism attempts to put a wholly unique spin on the superhero origin story, but it is undermined by amateurish techniques and direction. Moments of promise from Andrew Droz Palermo (in his narrative debut, after last year’s acclaimed documentary Rich Hill) are done in by uneven pacing and a nonsensical third act.

Eva (Mad Men’s Kiernan Shipka) and Zac (Timothee Chalamet) are growing up, faster than their parents expected. Both are highly gifted children with a unique ability – they hold the power to teleport (at seemingly moderate distances), yet no rules for this teleportation or how it works are established.

Their father, Daniel (Grant Bowler) is the harsh type – a commanding presence and a man of few words. He is deeply religious and refuses to accept their powers, choosing to live in fear of them and isolating the family with a large wall built around the farm, either to keep visitors away, or – as Eva suspects – to keep the children from teleporting away of their own volition.

The origin of the siblings’ gifts is unknown to them, though these powers may or may not be linked to their mother, Elizabeth (Elizabeth Reaver), and her seizures. As the kids become more sure of their powers and as their mom’s ailments worsen, the rift between the father and the youngsters widens.

Though it may seem pointless to call out a filmmaker for his influences (and is, often enough, a rather boring way to analyze any work), Palermo’s film goes well beyond influence and into a pandering, dull homage to Malick and other “poetic” directors. Like most recent homages to Malick’s work, Palermo shows a complete lack of knowledge of how to utilize these techniques. 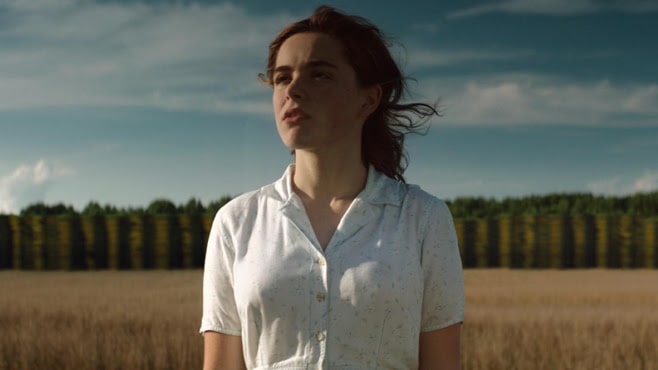 Within films such as The Tree of Life, nature and visual clarity are used to establish a sense of wonder or chaos in the world; they are greatly attuned to spirituality and nature, both on internal and external levels. Malick’s voiceovers are used not for explanation but to dig deeper within the psyches of his protagonsist, to ask the questions that the actors cannot answer with their expressions and movements.

In One and Two, voiceover is reduced to little more than an excuse to give each protagonist a long, droning monologue, which serves no purpose other than merely telling the audience what we’ve already assumed. This is a disservice to both his ensemble and to his audience.

Things only worsen in the third act, which promises slight change but adds up to little, ending in a random (rather poorly edited) burst of violence with little consequence or meaning and a final scene that adds absolutely nothing to the story – seemingly intended to lend catharsis to a film that had little tension in the first place.

If nothing else, the ensemble offers fresh faces doing solid work. Bowler struggles slightly with a role that does him no favors, seemingly unsure of whether or not he’s playing an antagonist or a sympathetic-but-troubled man.

The mixture doesn’t work for the film, but this is hardly his fault; this intensity lends the film at least some sort of tension before it goes downhill. Reaver is given less than the rest of the cast but shines as a brief, bright presence – a fading woman who is still somehow full of hope for her children and for the world.

Even better are the younger actors. Chalamet is extremely reliable here; the internalized rage and ambivalence toward leaving his life on the farm behind are the film’s most effective emotional fulcra. It is Kiernan Shipka, however, in one of her first significant post-Mad Men roles that impresses the most.

Those familiar with her during her as-of-yet brief career will likely not be surprised by her work here, but as ever, she is a radiant presence, one of the surest young talents working in Hollywood. Here’s to hoping others have taken notice.

While the ensemble is mostly confident, the filmmakers seem unsure of the craft. One and Two‘s intersection of poorly developed, mostly unexplained fantasy and languid, pseudo-philosophical drama offer little of worth or interest. Most of its questions remain unanswered by the film’s end, and most of them weren’t worth asking anyway.