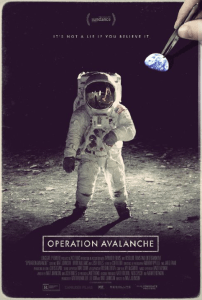 When I first saw Matt Johnson’s feature debut, The Dirties, at the Sarasota Film Festival way back in 2013, I realized that he had restored what little faith I had left in an already dying found-footage genre. By blending a strong technical presence, an unending and ever-entertaining comedic wit, and a gut-punch ending, The Dirties became one of my favorite films of the year and left me eagerly anticipating Johnson’s follow-up.

Now, we have the release of Operation Avalanche, another faux-documentary-style film that takes the formula he developed in The Dirties (and maybe even before that with his previous web series) and refines it to a pitch-perfect degree.

The film takes place during the space race of the 1960s and centers around two young CIA agents who are tasked with infiltrating NASA as a documentary crew in order to suss out a Russian mole within the organization. While listening in on the conversations of a NASA administrator, one discovers the team is not going to make their projected moon landing date, which will give Russia the upper hand and make cause the tide to turn in the Cold War. He then quickly devises a plan that will ensure our victory in the space race: to fake the moon landing. 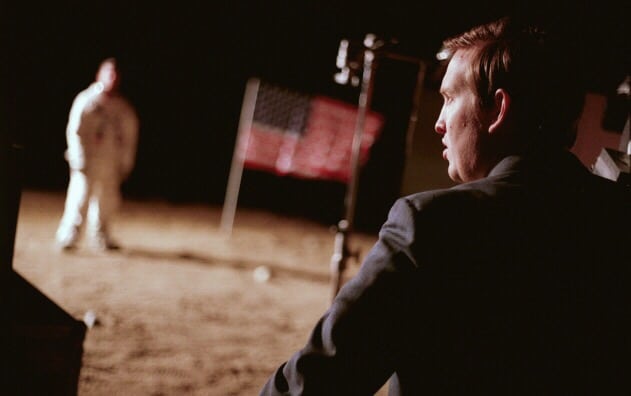 A couple years ago Matt Johnson told me about the idea for Operation Avalanche, and my first question was, “How can you make a found-footage film when the technology was so limited back then?” His answer was to procure and use all the original cameras that a documentary film crew would use during this time period.

Using original equipment proves to be the biggest boon for Operation Avalanche. The film grain, the patchy audio, the messy splices, all add to the façade that this could be something actually created in 1967. In The Dirties, Johnson accounted for everything with respect to the found-footage mechanic.

He showed us how the audio was being picked up and, when characters were quite a distance away and didn’t have a mic, it was explained why we couldn’t hear them. He showed us the editing process within the film itself so we’re not left asking the question, “Who put all this footage together?”

He does the same in Operation Avalanche, employing similar techniques, which still fit within the new aesthetic. As someone who has witnessed more found-footage films than any sane person ever should, I can say it’s an enormous relief to see a director paying attention to the details and making sure a storytelling technique works instead of using it as a crutch or cashing in on a gimmick.

Operation Avalanche could easily be categorized as a comedic thriller, with an abso-freaking-lutely fantastic, single-take chase scene near the climax, but at its core it shares a lot of the same themes as The Dirties. Sure, it takes the famous faked moon landing conspiracy theory and spins the most believable yarn I’ve heard about it yet, but it’s also a story about the uneven friendship between the film’s leads. 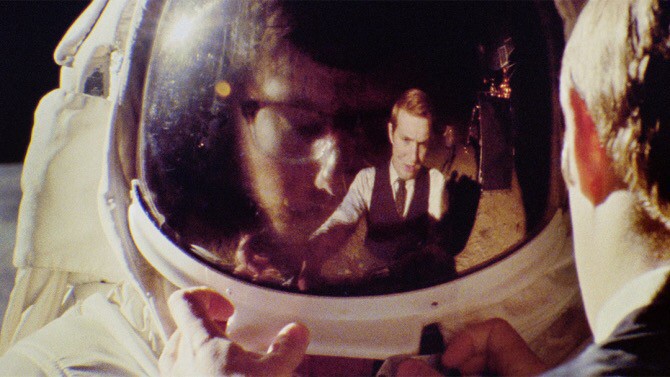 Matt Johnson plays the more boisterous, reckless and extroverted agent. Owen Williams plays the more grounded, level-headed one. Both play as characters with their same real-life names. Matt is desperate to win Owen’s approval, but the more he tries, the more he pushes Owen away. This adds an interesting layer to the plot, but I wish it was explored a bit further. We’re told that Matt and Owen went through the academy together and were partners, but I never got a clear feeling of what the extent of their initial friendship was.

Funny, exciting and wildly entertaining, Operation Avalanche is another big win for Matt Johnson, a director who clearly has a promising future ahead of him. And with how that chase scene was shot, I’m hoping that future involves a lot of action.