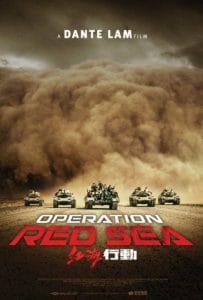 With a fair amount of military-centred films, the distinction between action-film entertainment and thinly veiled, militaristic propaganda is often negligible.

Unless the film is clear in its position on warfare, then distilling the genre down to its basic elements of hero soldiers taking up exorbitantly expensive arms against legions of faceless foreign battalions in spectacle-laden displays of patriotic ultra-violence alone leaves the door open for misinterpretation, your intent awaiting to be revealed by some self-awareness. Dante Lam, veteran director mentored by Hong Kong action legend John Woo, plays this divide coyly with the tent-pole military crowdpleaser Operation Red Sea in an attempt to have it both ways along the thematic spectrum.

It is no question that the pulse-pounding action and the ludicrous quantity of bodies, explosions and state-of-the-art weaponry is meant to glorify the nation’s Special Operations Forces (identified as the fictitious naval task force “Jiaolong Assault Team” in the film), yet in this case there is something palatable about Lam’s patriotic posturing of elite soldiers shooting their way through an equally fictitious Middle Eastern nation. The hyper-sensory pageantry and technical efficiency through which he operates raises the uber nationalism of the genre to the level of rousing, albeit callous, fun. 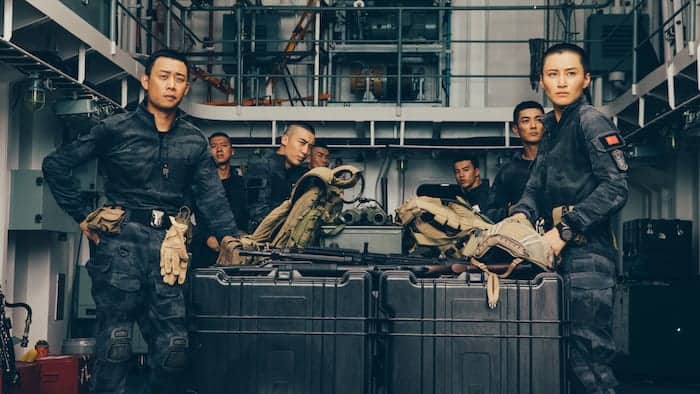 Lam clues his audience into where his intentions are in the opening with an unrelated set piece of Jiaolong liberating a transportation vessel from Somalian pirates. Through his excellent usage of crosscutting and tension-ratcheting handheld cinematography, the scene plays like a surgical deconstruction of a crisis, selling you instantly on the effectiveness of this naval branch.

It’s a tightly choreographed introductory sequence that, while doing nothing to establish a narrative or a single character beyond name and rank, arrests the senses in a tense ballet of corridor shootouts and coordinated assaults that set the precedent for the rest of the film. On a purely visceral level, Operation Red Sea approaches the levels of masterpiece in its presentations of spectacle violence masquerading as militarist propaganda. The direct influence of John Woo’s noted “style over everything” philosophy on Lam is evident in every hurried cut and dynamic, implausible angle in which he indulges. 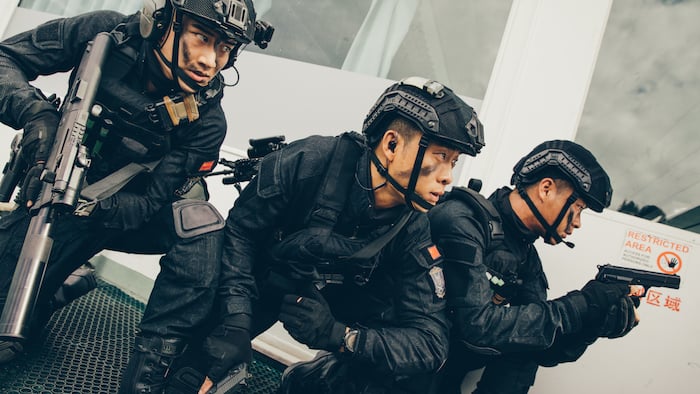 Being beholden to visual flare does mean that, on a narrative level, ORS is basic and heavily reliant on classical action film cliches. The team members themselves might as well be nameless because, outside of a handful of archetypes – such as the hardass leader, the hotshot newbie, the guarded duo who can’t express their feelings for one another, etc. – the group is defined by their actions rather than their personalities. In between the gut-wrenching firefight set pieces, Lam attempts to develop these characters with a cursory acknowledgement to a non-starting PTSD subplot or a passing-of-the-torch subplot between the hotshot newbie Gu Shun and his spotter Zhuang Yu, but these never materialize for the bulk of the film. It becomes evident with these cut-out characters and their semblance of arcs that Lam has placed all effort into the creation of action scenarios, and for the most part, that is a wise decision.

Outside of the Somali pirate episode, the meat of the film comes from dramatizing the evacuation of Chinese citizens that occurred during the fairly recent and ongoing 2015 Yemeni civil war. Jiaolong flies into the fake Arabian nation of Yewaire to viciously cut down the opposing insurgent forces and rescue the citizens left stranded by this internal conflict. In this portion, where the team moves their way through bombed-out cityscapes and eventually to desert combat, the violence level increases considerably while still maintaining the film’s ambiguous approach to whether or not it wants to glorify this elite team of executioners. 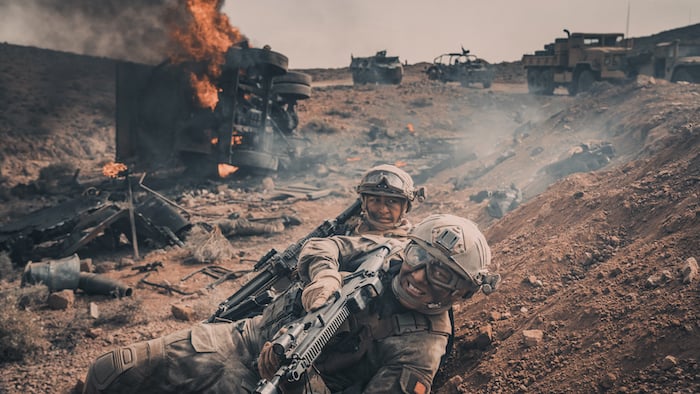 It’s a tad disorienting and uncomfortable to take in as the amount of heart-pumping actions keeps getting amplified, yet we are routinely reminded of the utter brutality and toll this is taking on the team and civilians. It is almost as if Lam wanted to have his cake and eat it to: craft a love letter to the Chinese Navy and their incredible professionalism while bemoaning the very notion of war itself. As they battle their way through Yewaire to take down insurgent leader and absentee villain of this film Zaka, his intent as a director gets muddled by his wanting of spectacle to harmonize with a resonating moral message.

Hypocrisy such as this under normal circumstances would turn me right off Operation Red Sea, but I found myself being won over by how superbly it is directed. With an average shot length of 1.5 seconds and a boldness to place his camera anywhere in a battle scene, such as under a bombed-out car and strapped to the team members’ assault rifles, this is an invigorating film that places you in the heart of a conflict zone fraught with bullets flying every which way and something detonating every minute or so. 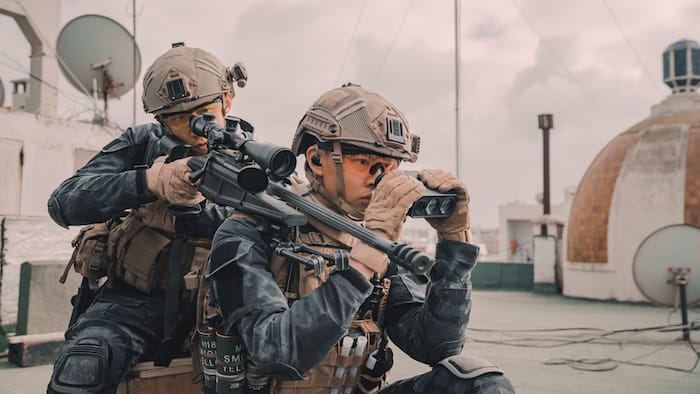 The adrenaline it exudes can be overwhelming, even dizzying at times, as set pieces can last for upwards of 40 minutes without so much of a break. Possibly through sheer force of will and action, I found myself invested through this unforgiving tempo, sitting white-knuckled over what in all honesty I would classify as an overly long run time under normal pretenses. The ability to choreograph these scenes with such care as to never lose the place of its faceless soldiers or the mounting threat is nothing short of impressive.

Much of the plot is a wash, as the film is constructed using three primary battle scenes (the opening pirate skirmish not included) that are more or less self-contained but that link efficiently together. Included with the Jiaolong plot is a peripheral one of better-developed journalist character in Yewiare who becomes a hostage to be rescued by the team, but she only feeds into the main plot as an accessory.

Operation Red Sea should not be watched for its weak point in writing but be appreciated for its earnest proficiency in action directing. Through the expert eye of Lam, this callously violent and sensory hammering recruitment video becomes sufficiently exciting popcorn entertainment that is bound to clean up at the box office of its native China. Although it’s a little naïve in simplification of international relations and a little too pro-military for its own good, this is a bloody good time as for as “turn-your-brain-off” shots of adrenaline go.