Here’s the first trailer for Out of the Furnace starring Christian Bale, Woody Harrelson, Casey Affleck, Forest Whitaker, Willem Dafoe, Zoë Saldana, and Sam Shepard.  Bale plays a steel worker searching for his brother (Affleck) after he falls into a ruthless crime ring.

The film is written and directed by Scott Cooper (Crazy Heart) and is hitting select cities on November 27th, before expanding to additional cities on December 6th.  Hit the jump for the trailer and synopsis.

Russell Baze (Christian Bale) works a dead-end job at the local steel mill, as his terminally ill father did before him. When Russell’s brother Rodney (Casey Affleck) returns home from serving time in Iraq, he gets lured into one of the most ruthless crime rings in the Northeast and mysteriously disappears. The police fail to crack the case, so – with nothing left to lose – Russell takes matters into his own hands, putting his life on the line to seek justice for his brother. Sometimes your battles choose you. 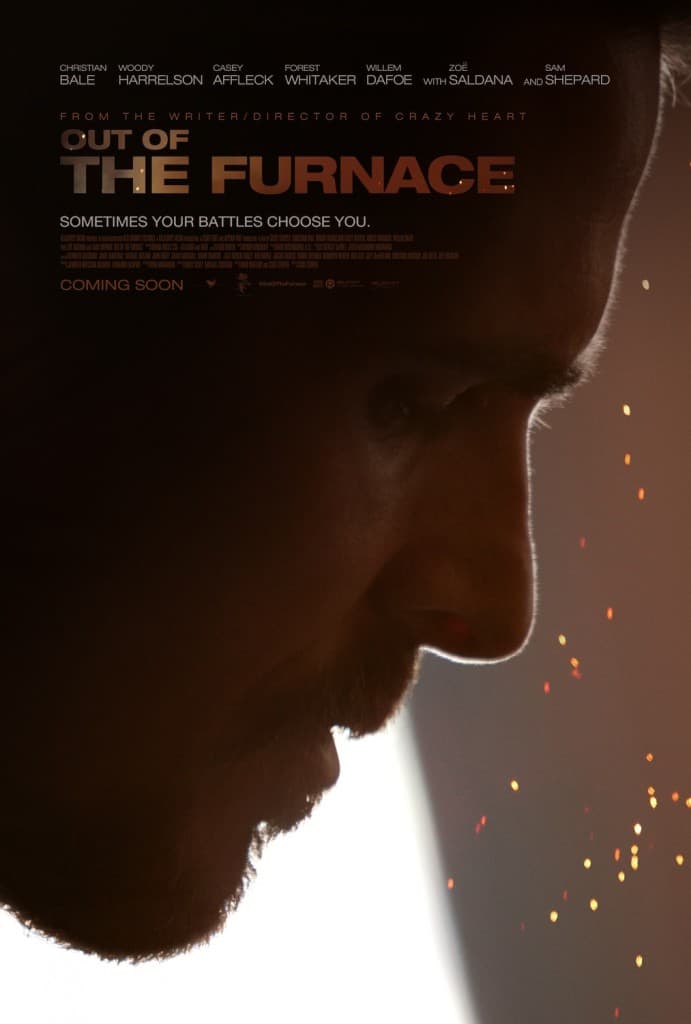