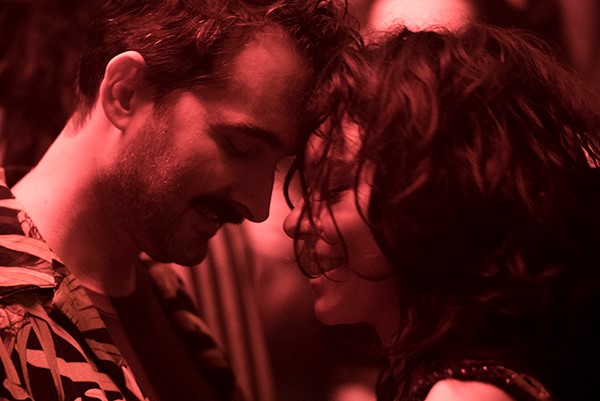 Pink Wall, with its intimate, raw and painfully relatable story, takes us back and forth through six scenes over the course of six years, looking deep into the relationship of Jenna (Tatiana Maslany) and Leon (Jay Duplass). Written and directed by Tom Cullen, it’s a sparse film but packs a lot into its 85-minute runtime, sans the frills, thanks to its dialogue and its two great leads.

Throughout Pink Wall you feel like a voyeur. In its sparing use of music and its ability to let the scene breathe, we’re able to not only see this relationship unfold, from a nightclub first encounter in year one to the dissipating chemistry of year five, but we’re also able to actually understand it. There are so many films I’ve watched where I’m unsure if my emotional reactions have to do with the sweeping score or the actors in front of me, and with this film, there was no mistaking it was the performers who were giving me all the feels.

Maslany and Duplass’s chemistry is at the forefront of every scene. They have an ease with one another, evident in the way they speak and move. You believe them as a couple. Maslany, much like her character, takes charge of her scenes with fierce, blunt delivery, but there is also incredible emotion and passion in her words. 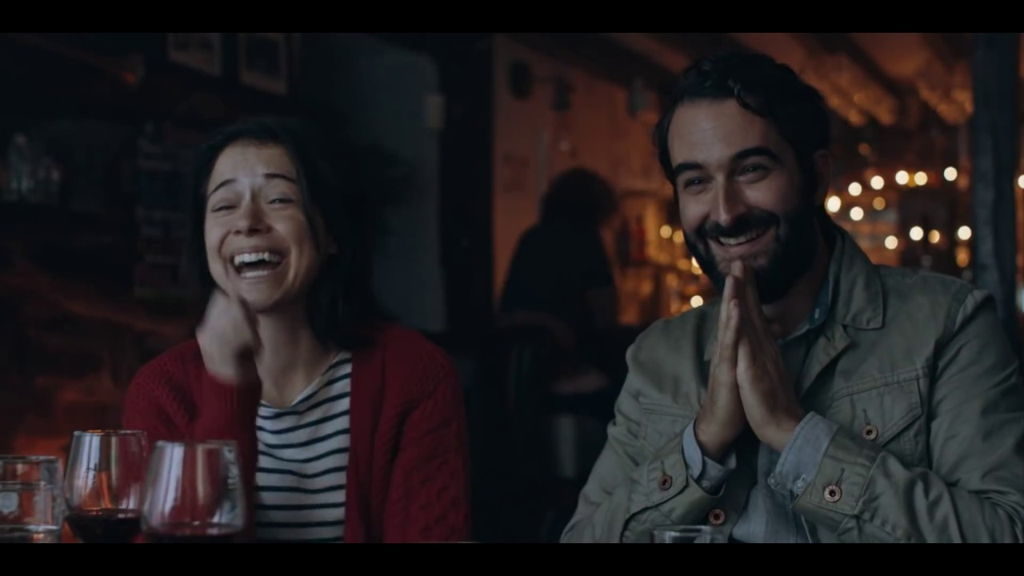 Duplass is more casual and funny but can easily dig into a scene, and at times he has this subtle frustration that builds into an anger that is more devastating than anything else. The scene depicting year six, wherein both are in this picturesque location — mountains and greenery abound — but where the two are delivering harsh truths, is where they shine. Their sadness, for what they’ve done and to one another, is evident and brutal, and it’s one of those moments you can’t look away from.

Through his camera work, Cullen devotes as much time as he can to both characters, often switching back and forth between their faces in conversations. His more intimate shots also have a flair to them.

In year five, Leon is attempting to spice up their relationship, and after being laughed at by Jenna, she starts to seduce him. As he sits, she’s in between his legs, and the camera keeps switching from behind his head, to their faces, then their bodies, as she tries to kiss him and move things forward. He pushes back, fighting her. It’s a scene made even more painful as it escalates because it’s so physically close to its characters. Cullen takes advantage of each moment with Jenna and Leon to advance the story.

As progressive as Pink Wall is, talking openly about gender roles and sex, its two leads exist in fairly typical roles. Jenna’s ambitions advance her film-producer career, while Leon never progresses to where he wants to be in photography. His lack of progression causes tension and unhappiness.

For a film that gives such life and voice to its characters, it also puts them in boxes, and unfortunately, those boxes are what drive the story and the drama forward. I’ve seen this story before and wanted something new; the characters deserved more.

Cullen cuts back and forth between several years with ease, often resembling how we remember our relationship experiences. This structure and these characters build big expectations, and unfortunately he doesn’t always deliver on the richness he’s built.

Though this film covers ground that’s already been walked, stomped and run over by many filmmakers but is nonetheless beautiful. The moments of tension, sadness and even joy all feel earned, and you want it to keep going just to see how it ends. And because you grow to care about Jenna and Leon so much, you hope it never will.