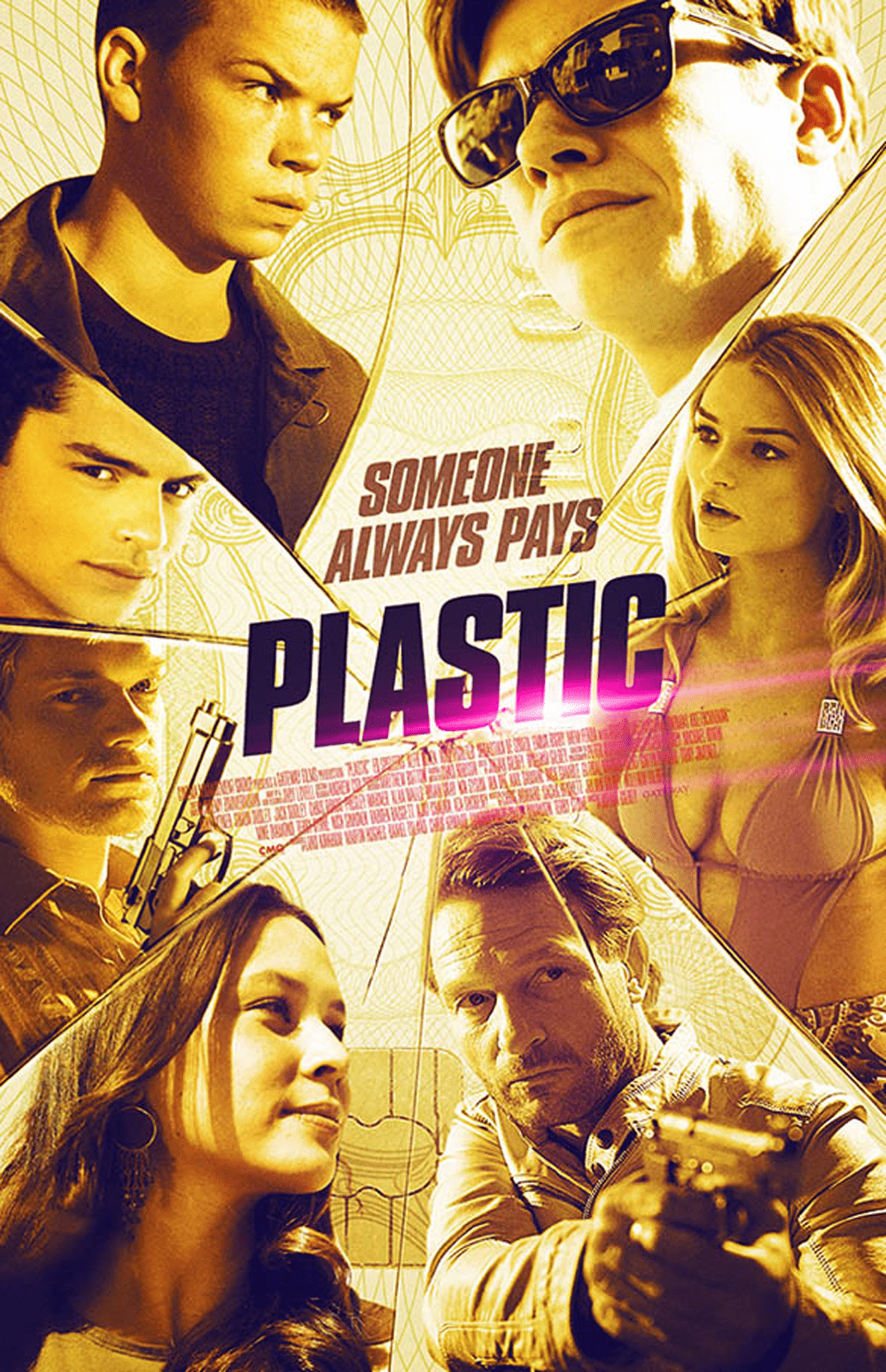 The title of Julian Gilbey’s action-thriller Plastic seems to not only describe the way in which the leads make their money, but also the artificiality of the film itself. Although it touts being based on a true story, it’s hard to believe anything in this movie actually happened, except for maybe a bunch of asshole college kids stealing credit cards and getting caught.

The film stars Ed Speleers, Will Poulter, Alfie Allen and Sebastian De Souza as a group of friends who make their money stealing credit card info from rich people and ripping them off. After stealing from the wrong accountant, the kids find themselves in hot water with some gangsters, who demand $2 million in two weeks.

An elaborate and seemingly unnecessary scheme is hatched, which takes them and their new female crew member (Emma Rigby) to Miami in order to rip off some high rollers. Of course, things go awry and an even more ridiculous plan is devised.

Everything about Plastic feels like a tired retread of something we’ve all seen before. Planning the job, executing the job, the job failing, planning another and more complicated job, it plays out like every heist film ever made. The thing that makes this one not work is the shear silliness of it. In no conceivable way would anything they come up with work in real life, and yet most of what they do in this movie goes off without a hitch. Everything is in perfect alignment for nearly the entire runtime, from signal lights changing at just the right moment to one of the main characters looking exactly like a wealthy prince.

Padding out the unrealistic heists is a shoehorned in love story, with, you guessed it, the main character, Sam (Ed Speleers), and the team’s new hot female teammate, played by Rigby. This is uninteresting and pointless, as is the typical double-cross from another member of the group.

The thrilling climax felt like it was pulled from True Romance but somehow wasn’t nearly as exciting as that finale. All the characters were so underdeveloped that I didn’t care what happened to them one way or another, and it felt like everyone involved in this film was just going through the motions.

It’s a shame because there is some genuine talent here with the cast, but they are all underutilized. Whether it’s watching Will Poulter get his balls bitten by a tarantula in We’re the Millers or Alfie Allen getting his balls tortured by that other dude in Game of Thrones, the cast has done way more entertaining work elsewhere.