Hulu has released the trailer for its upcoming April edition of Into The Dark, which sees the return of Pooka, the demonic mascot from the first season. Pooka Lives is directed by Alejandro Brugués and stars Felicia Day, Wil Wheaton, Malcolm Barrett, Rachel Bloom, Jonah Ray, Lyndie Greenwood, and Gavin Stenhouse.

A group of thirty-something friends from high-school create their own Creepypasta about Pooka for laughs, but are shocked when it becomes so viral on the Internet that it actually manifests more murderous versions of the creature. 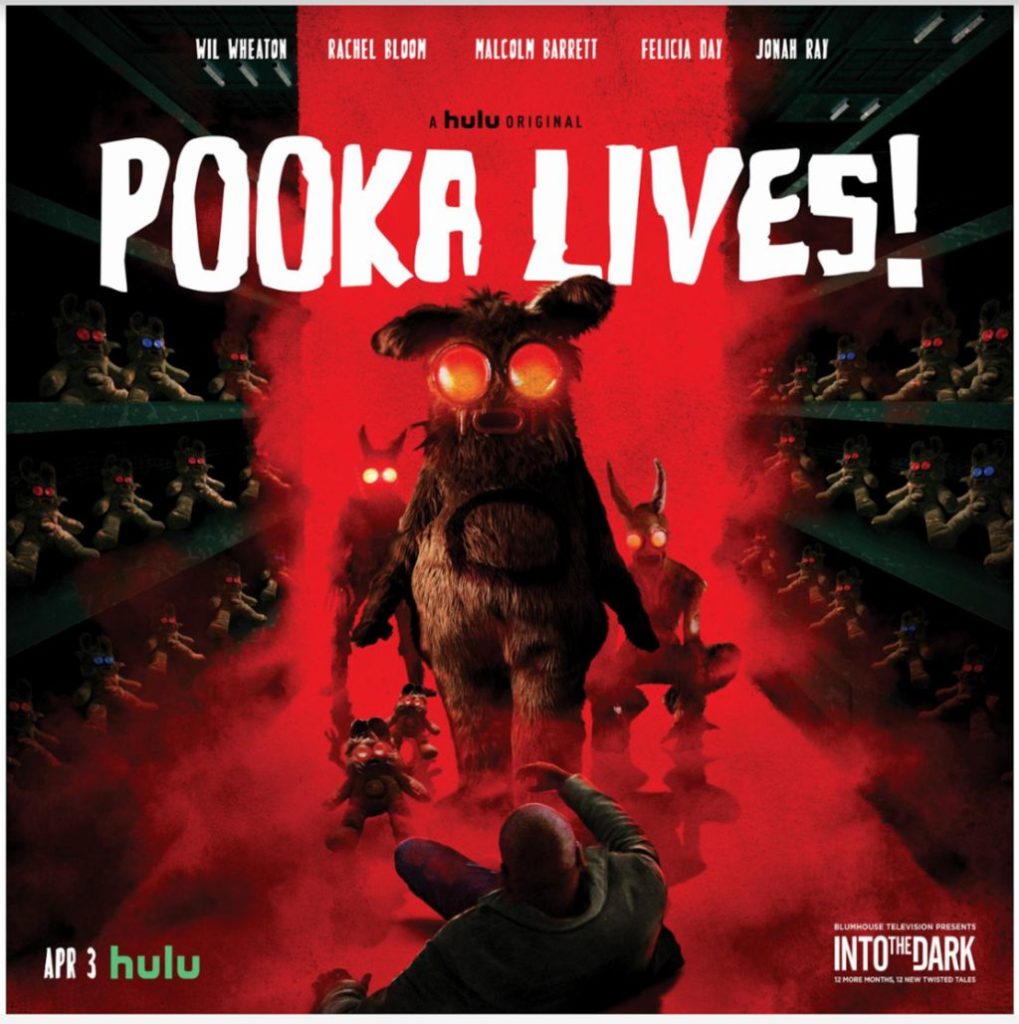