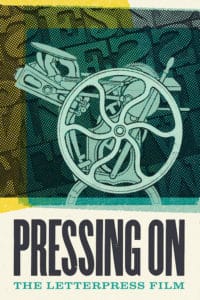 The protracted and proverbial “death” of print media being all but an assured conclusion in our culture routinely gets over-exaggerated. Granted, in this era, a review like this is brought to you through a process with nary a page of paper or dollop of ink wastefully used, but the ecofriendly convenience of a word processor and a hosting website can hardly be the death knell for all of print.

There will always be vestiges of purists and laymen who extol the inherent virtues of tangible, physical text over the sinful opulence of the nefarious Kindle or decadent Amazon Fire, and Pressing On:The Letterpress Film aims to finally put the deserved spotlight on these print fetishists. While ostensibly about the enduring cultural fascination with letterpress, an involved and demanding relief printing technique using direct impression of an inked surface on a continuous roll of paper, Pressing On can also be taken in as an almost anthropological document about the neo-luddites who stubbornly cling to this technology that practically flaunts how inconvenient it is on account of some abstract idea of folksy nobility.

At least that’s how I was treating the film for the sake of entertainment after the epiphanic realization that I am watching an hour and a half film about printing presses, and my spirit nearly gave out. Regardless, directors Erin Beckloff and Andrew P. Quinn have scoured the continental United States to assemble a collection of letterpress aficionados to extensively wax poetic about the clunky pieces of machinery over which they meticulously labor.

Attempting to broach the seemingly unexplained phenomenon of the letterpress’ vitality almost 600 years after its invention by Johannes Gutenberg, they film these old, hardened craftsmen in their natural habitats (the backroom of hardware stores, wearing aprons and encircled by the blackened industrial tools of their trade) using all the flowery language they can muster get you to comprehend the majesty of the press. 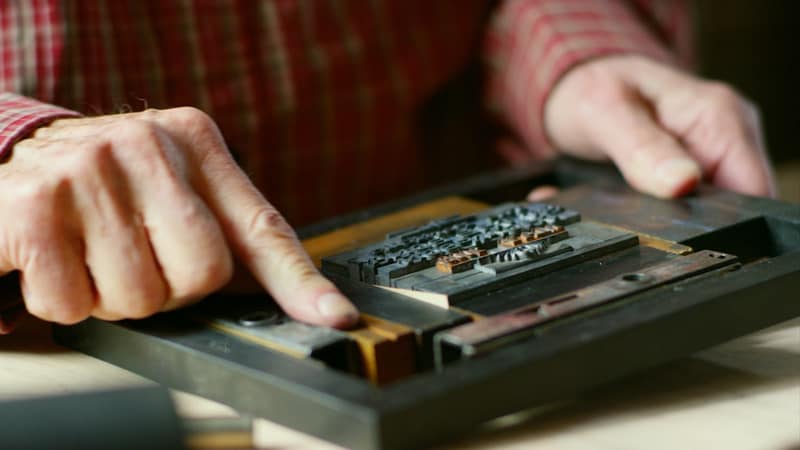 The ardent fandom on display is best described as a double-edged sword, however it is genuinely moving to see these grandfatherly craftsmen run down how much they love the lost art of the letterpress but that they are tragically self-aware of their hobby/livelihood’s obsolescence and have no delusions about the times. With every weirdly touching anecdote about how one of these printers first became enamoured with the process, there comes a backhanded lament about how printing (like most things) are “too easy nowadays” and a sincere befuddlement over how there is still a market for it. While none particularly stands out (except for one apparent “Master of Letterpress” who cannot seem to control the volume of his voice), their utter plainness, which I assume is a byproduct of devoting one’s life to printing presses, grants the film a true genuine quality.

Beckloff and Quinn accentuate their (frankly dull) subject matter by dipping into the tried-and-true format of these “quotidian” documentaries that are desperate to find style where there is none. Knowing that elderly white men fiddling with metal typesets and letter sequences does not an engaging doc make, the directing duo opt to put the majority of their interstitial footage between interviews in slow-motion, wide-angle close-ups scored to harmonious, echoing electronica.

I am uncertain when this became the cinematic shorthand for profundity in the documentary, but at this point it’s a stale cliche in so many hackneyed productions in need of falsified depth that seeing it here is very telling. Even as some engaging ideas are tabled by the interviewed craftsmen, such as the letterpress’ unique capability of “touching history” or how, in all aspects, it’s a legacy profession whose skill is passed on through apprentices, the trite presentation sinks any hopes of these points sticking.

In the midst of the film’s eulogizing over this technology, these printers attempt a myriad of explanations as to why of all things letterpress are allegedly (no statistics are given) experiencing a resurgence of popularity. The people at the Hatch printing shop who have been making hand-printed posters since the 19th century claim that it’s the classical status of the tech that makes it pseudo-timeless. The youngest couple interviewed, who sell their prints at farmers markets, compare hunting for letterpress machines and their parts akin to vinyl collecting, where the hunt is part of the appeal. 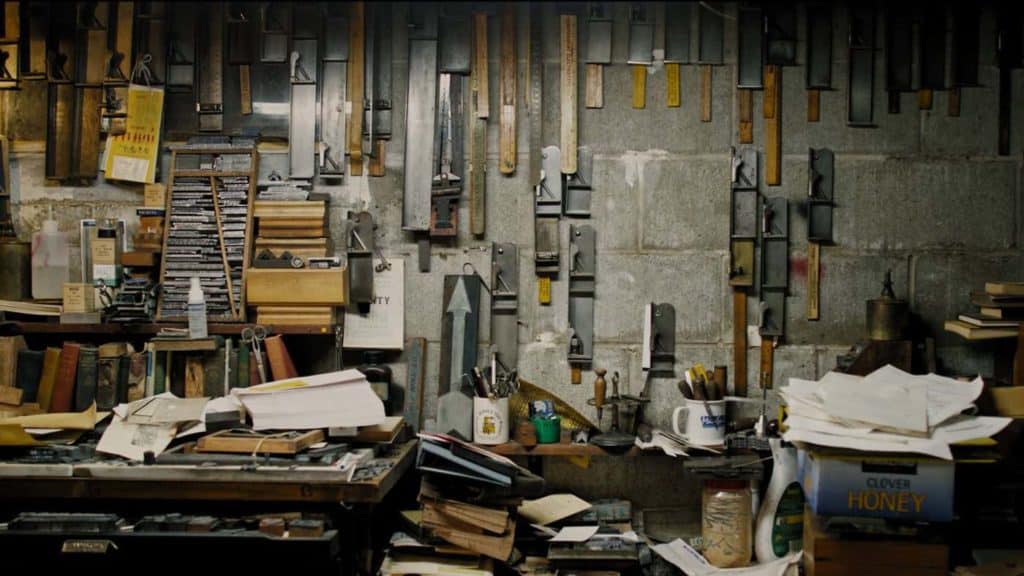 They frantically elevate their craft to these mythic proportions, which clashes particularly with what we are being shown: aged handymen tinkering with incomprehensible stacks of machinery. The damning aspect of Pressing On is that it is most likely explicitly intended for those who already partake in this hobby because it was near impossible, from my position, to understand their blind passion or the necessity of preserving this dying artform.

Sadly Pressing On isn’t so much interested in the technology’s history or mechanics as much as the people who have propped up the letterpress community as this all-important subculture, nor does it translate as well as it thinks it does. Perhaps, if the film was more dedicated to probing these bizarre obsessives and detailing their worldview, it could make up for the lackluster educational value, but this is all negligible.

At the end of the day, you will still be watching a 99-minute love letter to a printing machine, and I am frankly uncertain how you could make that more or less interesting than Beckloff and Quinn did. I was left with my eyes glazed over and mind wandering by the end, but for the intended audience, this has something to offer I suppose.