Have you ever wondered what it would be like if a giant mysterious winged creature suddenly appeared in New York City and began randomly eating its citizens?  Well then Larry Cohen’s cult classic Q: The Winged Serpent is the film for you.  This campy stop-motion laden horror flick has a fun plot, but it’s truly the performance of Michael Moriarty that makes this worth checking out.

Released in 1982, the film stars Moriarty as a small time crook who stumbles upon the nest of Quetzalcoatl, or Q for short, a mythical serpent creature that is wreaking havoc on the people of New York.  David Carradine and Richard Roundtree also star as police detectives who begin putting the pieces together as to how this beast appeared and who is responsible. 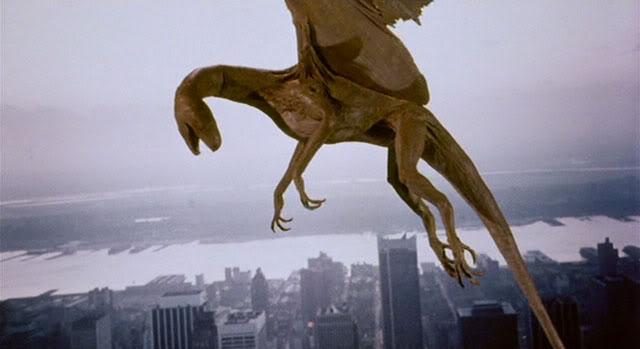 The interesting thing about the film is that it focuses as much on the life of Moriarty’s character as it does the monster itself.  Though his best work with Cohen is still The Stuff, Moriarty plays such an odd character in this film it’s hard not to love him.  His befuddling dialogue and crazy mood swings make his character more entertaining than just about everything else in the movie. 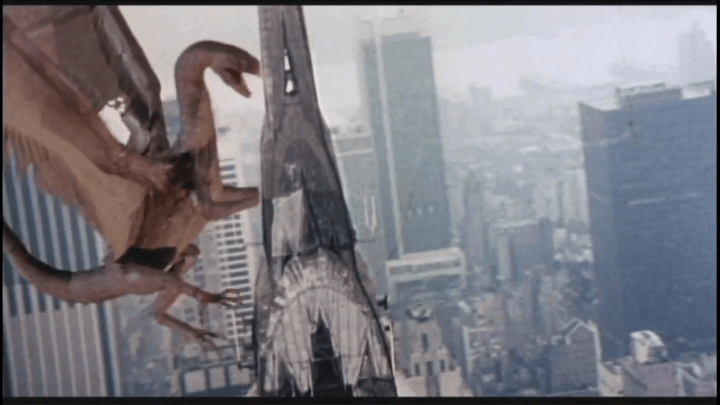 The special effects in this film are fairly awful, even when considering this came out in ’82.  Q is created with very weak looking stop motion and the composited images are incredibly obvious and laughable.  At this point, the bad effects only add to the campy fun of the film however, and fall in line with the rest of the more comedic aspects injected throughout the 93 minute runtime. 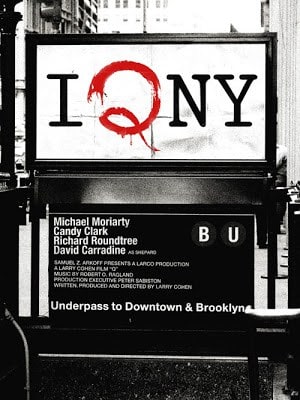 While the stop motion and compositing was horrendous, there were a few cringe-worthy scenes involving individuals having their skin cut off which looked quite real, albeit out of place.  As Carradine and Roundtree investigate a series of murders possibly related to the creature’s appearance, we get to see some fairly disturbing corpses as well.  The makeup effects on these scenes were surprisingly well done, and prove to be more gruesome than anything Q does to her victims.

Although the film only got a limited theatrical release, its popularity began to grow after it hit home video and it has since gone on to amass quite a following, along with many praising the performance of Michael Moriarty.  One of the reasons I chose it for this week’s article was that Scream Factory just released a new version on Blu Ray, which I fully intend on picking up.

For genre fans, Q: The Winged Serpent is one not to be missed.  The plot treads safely within the boundaries of a typical genre film, however the story goes in many strange directions that make it feel ultimately unique.