Fox Searchlight has released the red band trailer for the upcoming thriller Ready or Not, which sees a bride having to deal with a deadly game perpetrated by her new husband’s family. Directed by Matt Bettinelli-Olpin and Tyler Gillett (Devil’s Due) the film stars Samara Weaving, Adam Brody, Mark O’Brien, Henry Czerny, and Andie MacDowell.

Ready or Not opens in theaters August 23rd.

READY OR NOT follows a young bride (Samara Weaving) as she joins her new husband’s (Mark O’Brien) rich, eccentric family (Adam Brody, Henry Czerny, Andie MacDowell) in a time-honored tradition that turns into a lethal game with everyone fighting for their survival. 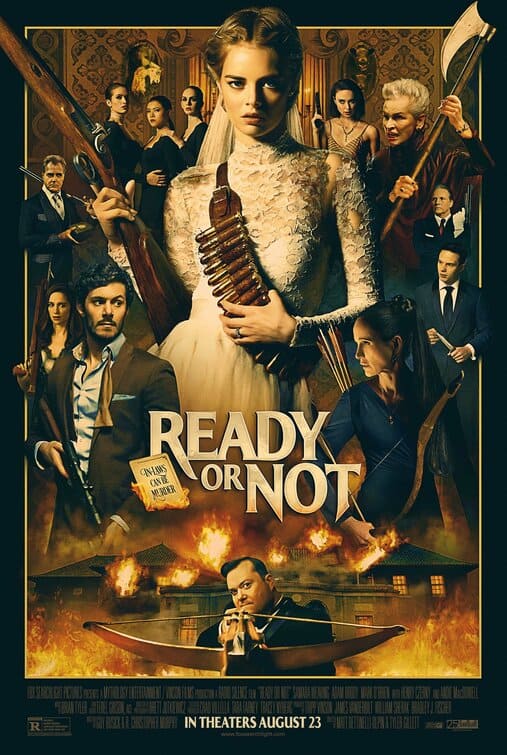