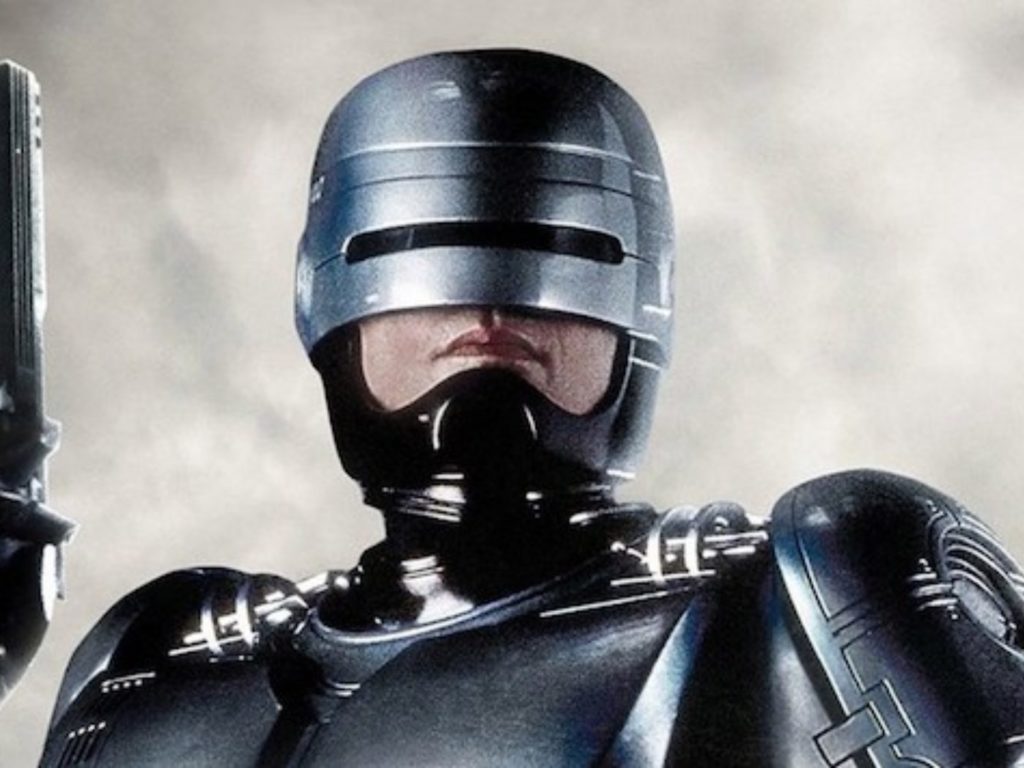 As we prepare our bellies for Thanksgiving dinner and our wallets for the oncoming onslaught of Black Friday deals (many of which decided to begin early), you may be wondering what media you should pick up to go with that nice big new TV. Sure, big-spectacle films will look great, but why not go with a classic that holds up remarkably well? Arrow Video has got you covered with their new limited edition of Paul Verhoeven’s RoboCop from 1987.

This certainly isn’t the first Blu-ray release of this title, but it is by far the best, packing an impressive amount of features and supplements between its two discs. This is all well and good and I’ll dive into those features in just a moment, but the real question is: how are the audio and video quality? I found the previous Blu-ray release of this film to be a bit lackluster in the video department, but this release rectifies all that with its 4K restoration, making everything look crisp and clean without losing any of that wonderful ’80s-sci-fi grit. 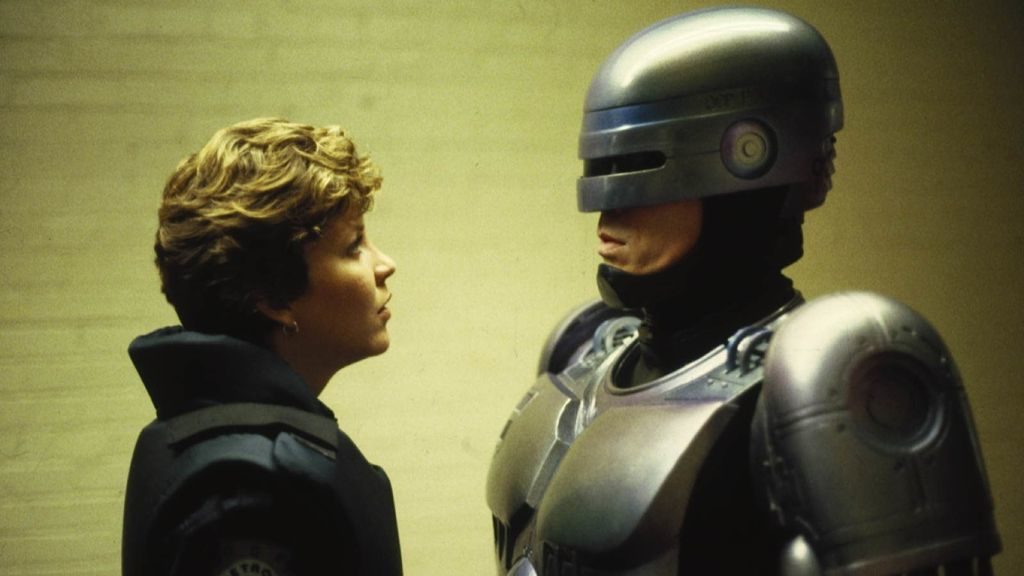 Like the Terminator Blu-ray, where you can see Arnold’s wiener flopping around, the high-definition version of RoboCop reveals some things previously hidden in past releases, such as the noticeably visible wire during the rocket-blast scene. This may have been discernible in prior high-def versions (I seem to remember making note of it in the triple-pack Blu-ray release), but here you can see everything in much greater detail.

There are three cuts of the film included in the box set — the director’s cut, the theatrical cut and the TV edit. While the director’s cut should be considered the best version to watch, Arrow did something interesting with these releases, adding a side-by-side comparison to all three, allowing viewers to see all the differences between each. As someone who first saw this movie on TV as a kid, I became obsessed with it until being allowed to watch the R-rated version years later. I love that the TV edit was included with those redubs and alternative cuts. 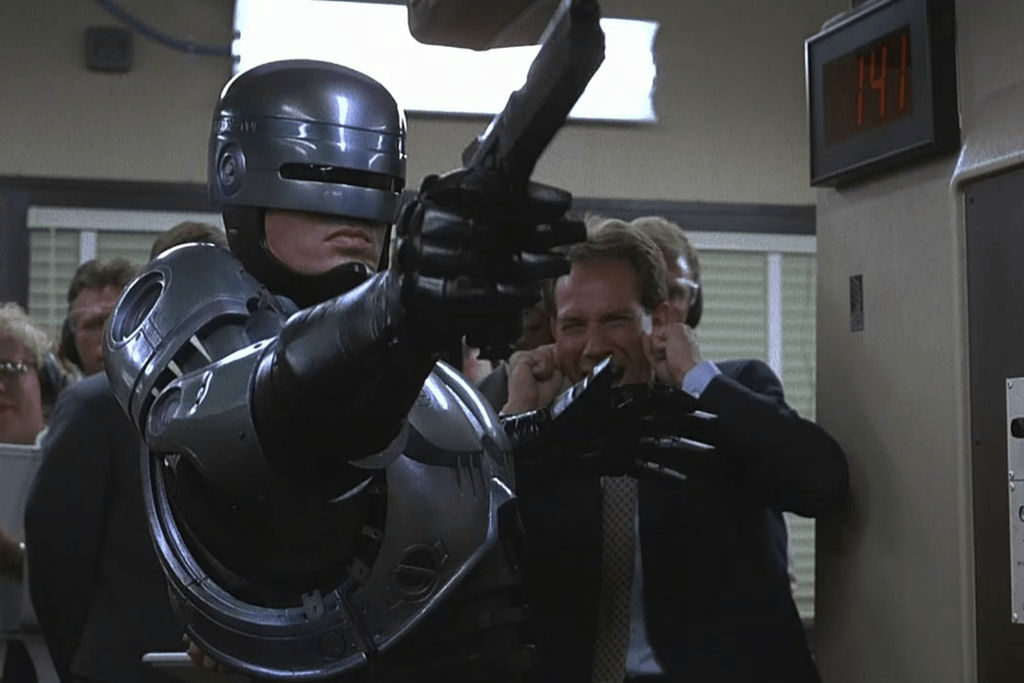 There are four commentary tracks included — three for the director’s cut and one for the theatrical cut — some of which are archival (including the 2007 recordings with Paul Verhoeven). The bonus content is a mixture of new and old, combining most (if not all) the previous supplements from past releases and adding in new content, including interviews, deleted scenes, making-ofs, and tons more.

The list is absolutely massive and easily amounts to several hours of material. Also included in the box is a nearly 80-page, high-quality book that has essays and photos, a poster, stickers, lobby cards, and a reversible cover for the case. 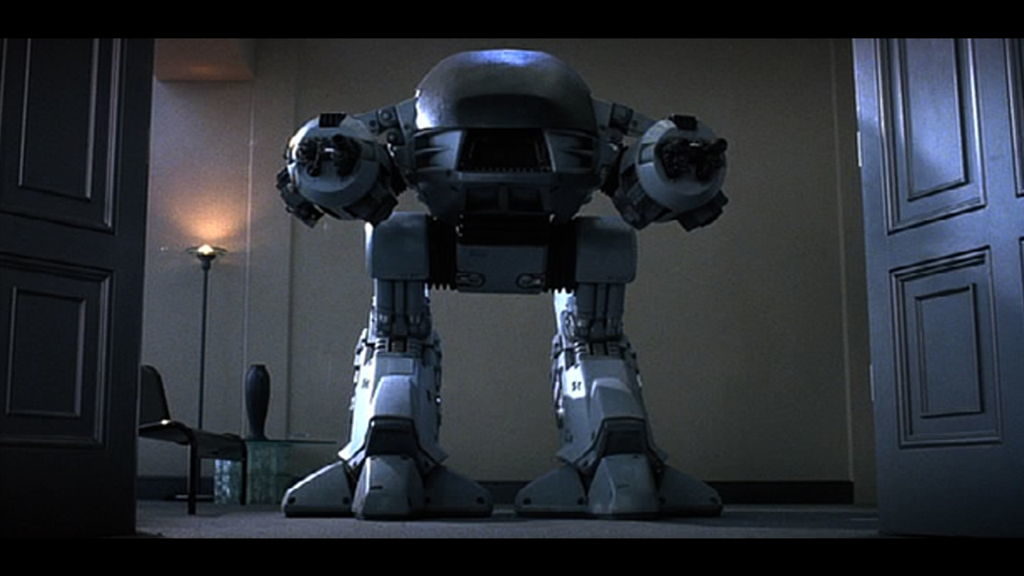 This is the ultimate take-home version of Verhoeven’s groundbreaking satirical cyborg cop movie and absolutely receives the highest marks for its quality and volume of content. I would like to see one massive box set that includes all three movies at some point, but this has everything fans could ask for and then some.