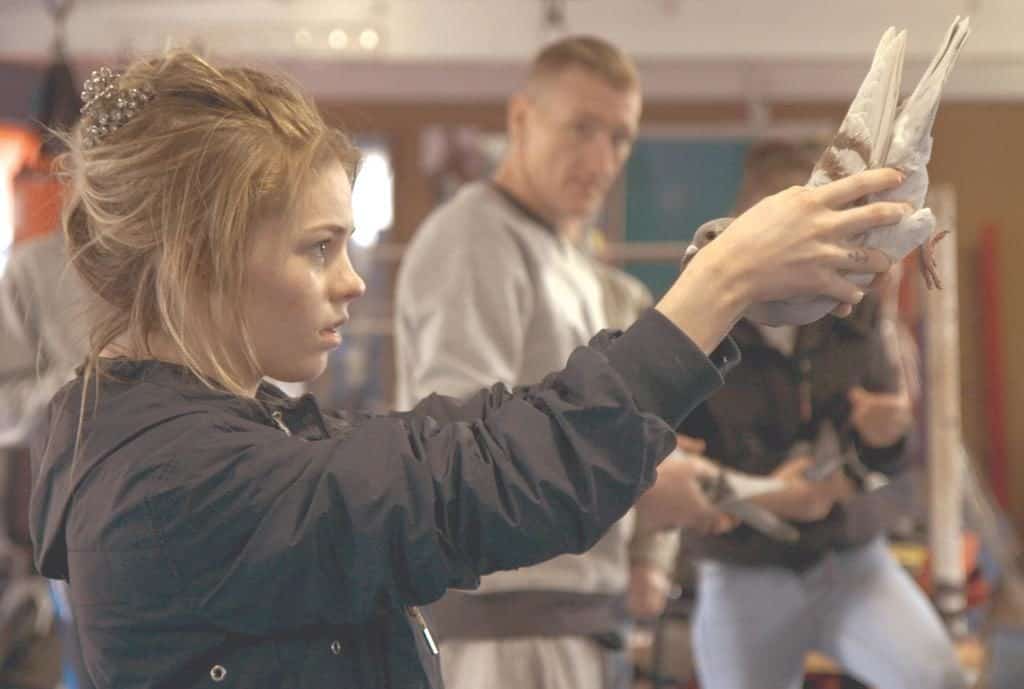 This is a repost of our review from Tribeca 2019. Scheme Birds will be on VOD platforms June 30th.

Directors Ellen Fiske and Ellinor Hallin mark their feature debut with this documentary about a teenager making her way through a declining steel town called Motherwell, a small burgh of 32,120 people that’s southeast of Glasgow, where the only options are to “get knocked up or get locked up.”

Gemma, is a wild and rambunctious 18-year-old, spending most of her time raising hell around town with her friends and never passing up a fight, which seems to be the favorite pastime of Motherwell’s youth, aside from alcohol and drugs. She lives with her grandfather, Joseph, who gained custody after her mother was arrested for shoplifting as a result of her drug addiction. 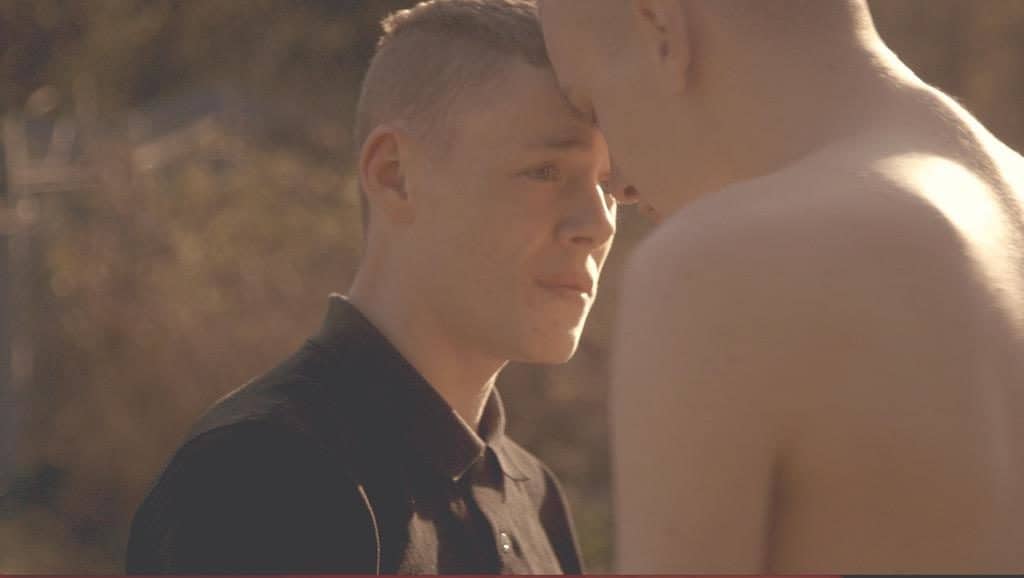 Joseph owns a boxing gym and keeps loads of pigeons as a hobby, for whom he employs Gemma to maintain, in order to hopefully keep her from following the same path as her mother. Joseph trains her to be a boxer, which, to his dismay, aids in her frequent scraps.

After discovering she has become pregnant with her boyfriend, Pat, her grandfather’s disapproval of the boy causes a rift between them, resulting in her moving out and no longer speaking to him.

While it is a vérité-style documentary, Scheme Birds is structured like a narrative work of fiction, a coming-of-age story that follows Gemma and the individuals who come in and out of her life as she struggles to find her place in a town that chews up and spits out many of its inhabitants. Rather than focusing on one moment in time with Gemma, the directors seamlessly float in and out of her life throughout several years, taking small detours to check in with her friends and peers along the way. 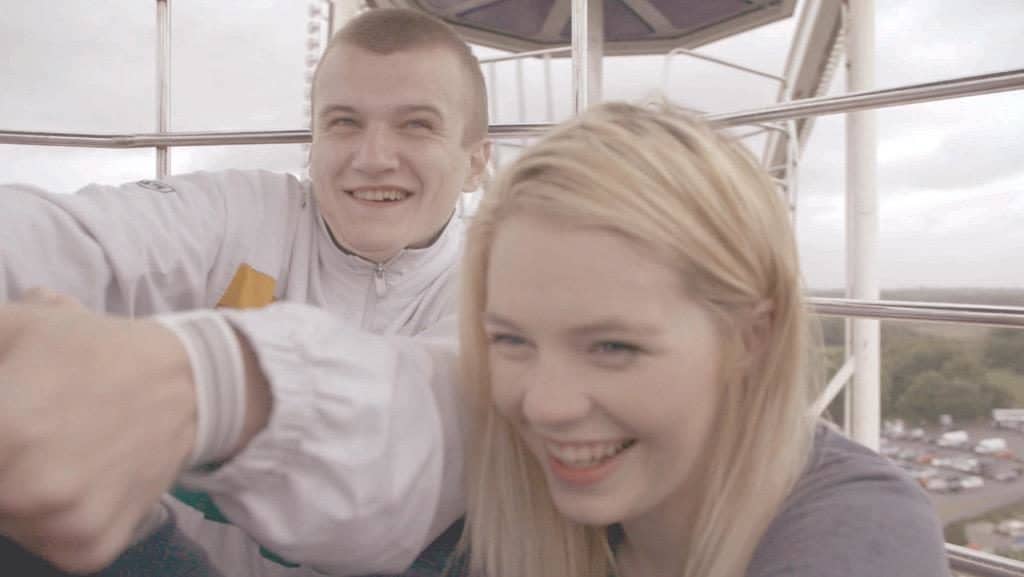 It’s a film that has little to say, but that’s not necessarily a problem, as the subjects on their own tell us volumes about the state of this town and the lack of opportunity therein. Gemma is an enigmatic person, often soft spoken, but her expressions frequently appear contemplative, as if she knows the situation she finds herself in is not where she wants to be yet she feels powerless to do anything about it…at first anyway.

Pointed use of slow motion and music queues add to the cinematic nature of the doc, but the rapid disappearance of certain people from the story, such as it is, is a reminder that real life rarely fits into a clean formula. Scheme Birds just won Best Documentary Feature at Tribeca and with good reason. It’s a beautifully shot, often heartbreaking slice-of-life tale that quickly pulls the viewer in with its captivating lead, who we just want to see turn out okay by the end.