Film Pulse contributor Ernie Trinidad had the opportunity to have a quick chat with The Dead 2: India co-director Howard J. Ford on the upcoming sequel to the sleeper hit zombie film The Dead.  As the title implies, this entry is set to take place in India rather than Africa, and promises to be much bigger and bolder than the original.  Be sure to check out our review here, and hit the jump for the full interview.

The Dead 2: India premiered at Screamfest 2013, however there’s no release date as of yet.

So we’re at Screamfest L.A., so what are you looking forward to most about the fest?

Well we’re showing the US premiere of The Dead 2: India which is at 7 o’clock tomorrow night and I’m excited to see what US audiences think of the film. My brother and I wrote it for American audiences, we were inspired by American movies growing up, this is the audience for us, we made the film for American audiences but I’m really fascinated to see how it’s going to go down.

So what can we anticipate with the sequel that we didn’t see with the original?

You’re going to see something very very different.  Firstly, it’s set in India instead of Africa so you’ve got a completely different locale, we chose the place that we felt was the most beautiful place in the world that also had a lot of spirituality about it, and its faster paced movie and we’ve ramped up the excitement a little bit more, there’s some extra stunts in there and some things we couldn’t do in part one. That are some actual scene we had to literally rip out of the script in Africa because of the nightmares we had at being held at gun point and knife point.

Yeah yeah the lead actor nearly died of Malaria, this time round it was like coming back to confront the school bully- we were ready for it. We were ready with our words we were ready with our right hook so we thought we’re not going to stop until we get the movie we want out of this so there’s a lot more going on in it, and it’s a little bit different.  In fact it follows the story of an American engineer who’s fallen in love with a local Indian girl. He’s 300 miles away in a rural area, she’s in the center of Mumbai, the zombie outbreak kicks off, he’s got to get 300 miles across rugged Indian landscapes (there are dead everywhere) to try and get to his pregnant girlfriend, hopefully to try and save her.

Sound like a fun one, I really look forward to seeing it and good luck at the fest and hope it really breaks out.

Thank you very much were really gonna give it a go. 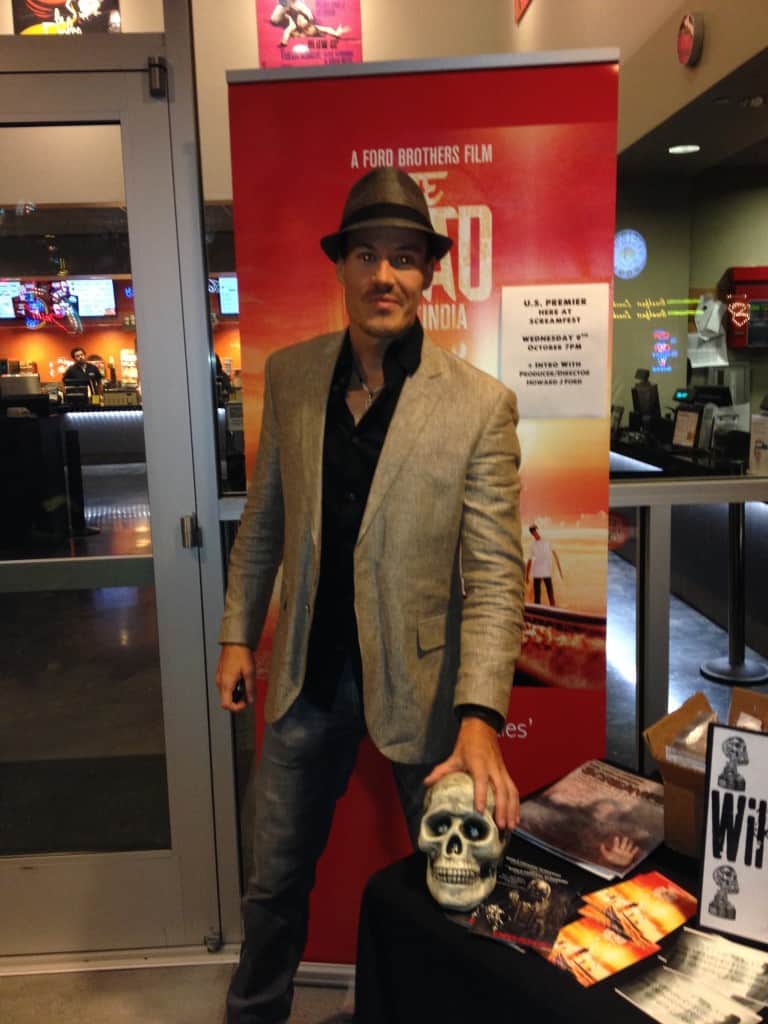