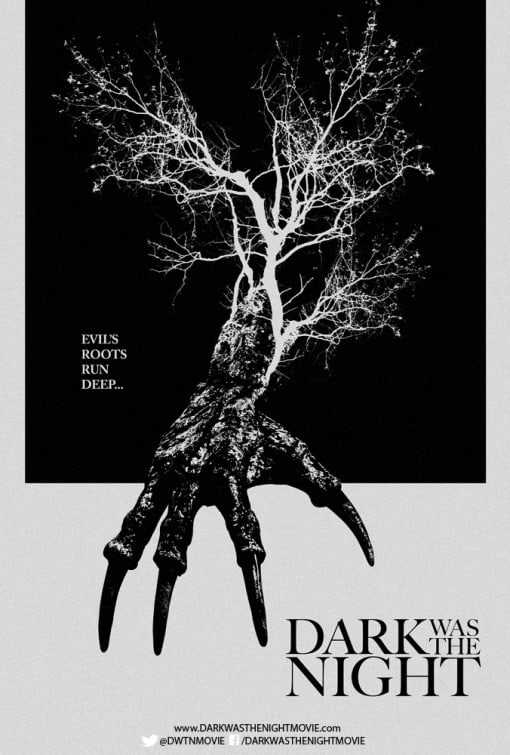 The creature feature. It’s a genre that hasn’t received much attention as of late. In the last decade, horror movies have primarily focused on crazed killers, self-mutilation, supernatural entities and recently unearthed, never-before-seen footage. Every now and then genre fans would love nothing more than to see a good old-fashioned monster movie.

Killer sharks, vicious aliens, giant insects, massive snakes and terrestrial beings are just some examples of the genre, and Joon-ho Bong’s The Host, Andre Ovredal’s Trollhunter and Gareth Edwards’ Godzilla are just some of the best offerings from the last several years. Now comes Jack Heller’s Dark Was the Night.

Sheriff Paul Shields (Kevin Durand) is still coming to terms with a devastating personal tragedy.   Despite this, he continues to carry out his duties to protect the people and uphold the law in the small, isolated town of Maiden Hills. As moments of self-doubt creep in, he finds himself and his deputy, Donny Saunders (Lukas Haas), in the midst of an investigation to get to the bottom of some mysterious occurrences that have the townsfolk on edge. With each passing day he finds it harder and harder to convince them that a local legend about an evil force in the woods isn’t behind the strange events.

Tyler Hisel’s screenplay for The Trees, which became Dark Was the Night, appeared on the 2009 Hollywood Black List of unproduced scripts. The solid screenplay puts much of the focus on the human drama unfolding in the midst of the mayhem. Pulling inspiration from folklore, such as the Jersey Devil and the Windigo, he has crafted a well written look at one man who must come to grips with his inner demons while trying to do his job, protect his family and come face to face with an unspeakable force. Director Jack Heller takes a page out of Steven Spielberg’s book by not revealing his monster in full until the time was right. Only showing bits and pieces and relying heavily on effective sound design by Michael McMenomy, he builds solid tension as the audience is left to wonder just what the people are going up against until it is finally revealed in all its glory. He doles out the scares “matter of factly,” as opposed to showing his hand, and puts you in the moment by keeping things shrouded in darkness so that what we see and experience is essentially what the characters are as well.

What sets this film apart from most run-of-the-mill creature features is the acting. Kevin Durand stars as Sheriff Shields and does a great job of playing a man conflicted. His emotions are palpable as he does his best to put on a stoic face as the town sheriff, but you can still see the pain he tries to hide beneath. Bianca Kajlich stars as Susan Shields, his estranged wife. Like Durand, she does a great job of conveying her pain and her unwavering support and belief in her husband despite recent events. The two together make a believable family in crisis, one which is rounded out by Ethan Khusidman who plays their son Adam. The film also features a great turn by Lukas Haas as Saunders, a character who has an interesting backstory as well.

Dark Was the Night is a well made creature feature. While not as good or as impactful as, say, Tremors, it does have a decent story, characters you can care about, strong acting and a creature you’ll want to see more of. Fans who want their creatures to be fast and furious may find the drama a bit dull, but it’s the drama that elevates the danger even more. Genre fans should check this one out for sure.