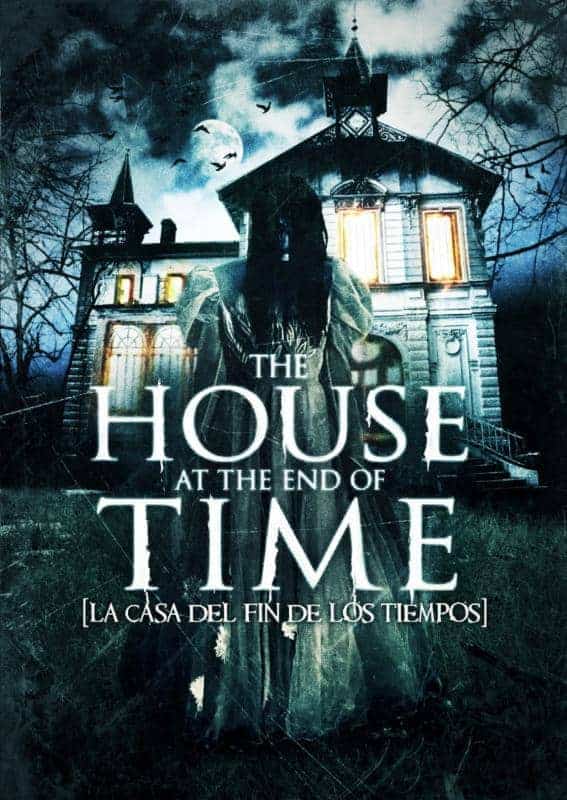 Thirty years ago, Dulce awakened on the floor of her home, bleeding and surrounded by shards of a broken mirror. Confused and disoriented, she was ultimately arrested, tried, and convicted of murdering her husband and son in their home.

Decades later, Dulce, now a frail, elderly woman, is released and placed under house arrest in the very home where her family died. Dulce was convinced that it was the house that killed her family, but no one believed her. Now, the supernatural forces that may have taken her family have returned, and Dulce’s terrifying journey to solve the mystery begins.

That’s about all that can be said about the plot of The House at the End of Time. This is one film that is best seen not knowing more than just the basic storyline and nothing more. There is much enjoyment that can be found in unraveling the mystery behind the supernatural occurrences within the home. The film is replete with eerie occurrences and effective jump scares, all in service of the story, not just a need to keep the audience on edge. In short, it delivers what genre fans may expect, but this film is so much more than your standard haunted house thriller; it delivers on many levels that one would not expect.

Written and directed by Alejandro Hidalgo, the film not only serves as a solid supernatural thriller but also as a gothic mystery and family drama. Hidalgo assuredly weaves in and out of both the past and present as Dulce recounts or remembers events from 30 years ago. His narrative is complex but not too much to the point of losing the audience. The story is one that could have collapsed upon itself, but it remains cohesive and really pays off in the end. Hidalgo co-edited the film with Miguel Ángel García and Judilam Goncalves Montilla, who keep the film moving at an effective pace, and Cezary Jaworski’s rich cinematography really captures the eeriness of the titular home.

While the film is called The House at the End of Time, it’s really Dulce’s story. Ruddy Rodríquez stars as Dulce, and she gives a very affecting performance. She does a fantastic job of playing a woman at two different points in her life. In the past, she was a happy, loving woman living in this new home with her family. In the present, she’s a cynical woman, devoid of faith and is now being forced to live in the very home where her family died. The film also stars Héctor Mercado and Rosmel Bustamante as two brothers, Rodrigo and Leopoldo, respectively. The two are quite convincing as brothers; their bond is palpable. Guillermo García also stars as a priest who is trying to provide present-day Dulce with spiritual guidance while also trying to help her figure out what is going on in that house.

The House at the End of Time is a well made thriller that transcends the genre. It’s a film that will divide audiences, especially if you don’t buy into its conceit. However for this viewer, it’s a thought-provoking, scary, emotional and poignant supernatural mystery that’s worth seeing.