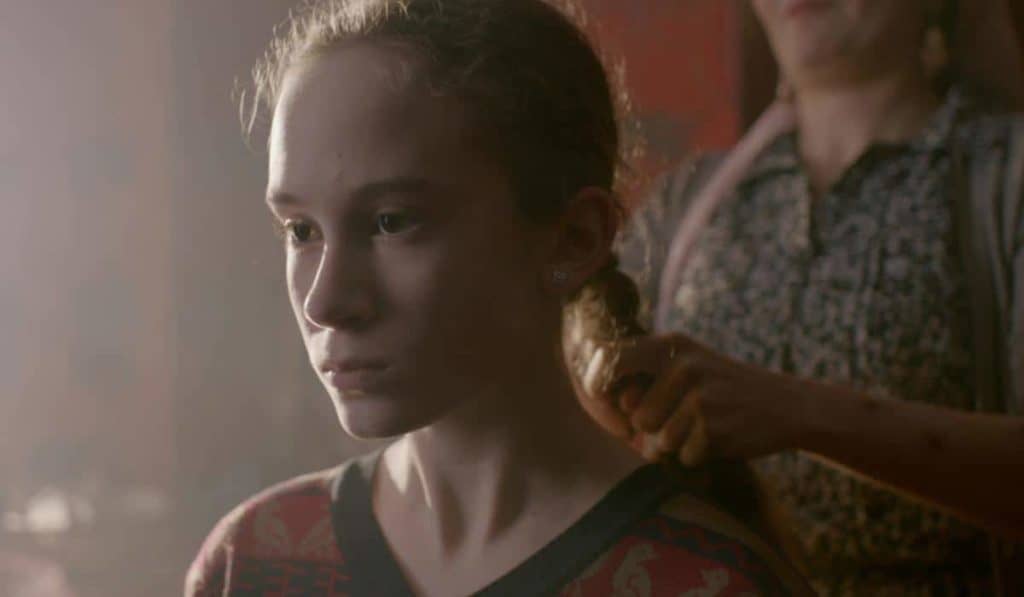 Squatters. They are people who move into a vacant domicile and claim it to be their own. Taking advantage of loopholes in the law and doing their best to circumvent the system, they can be a property owner’s worst nightmare. Unlawful retainers are people who remain in a domicile that they no longer have any claim to and simply won’t leave.

These are two real-life situations that could be horrific for all involved. Now put a genre spin on these situations and you have the makings for a pretty affective horror-thriller…well in the right hands at least. Thankfully, Lutfu Emre Cicek shows he has the right touch with his directorial debut Naciye.

The film’s basic premise follows a pregnant couple, played by Esin Harvey and Gorkem Mertsoz, on a weekend retreat at an island mansion. Their hope is to get away from the distractions of city life as the birth of their child nears. However, things turn a bit sinister when they encounter a woman, played by Derya Alabora, who arrives at their doorstep, banging on their door and claiming the house belongs to her. That is what sets up the crux of the film, but there is actually much more to the story than you’d expect and Cicek explores those storylines in a pretty engaging way. 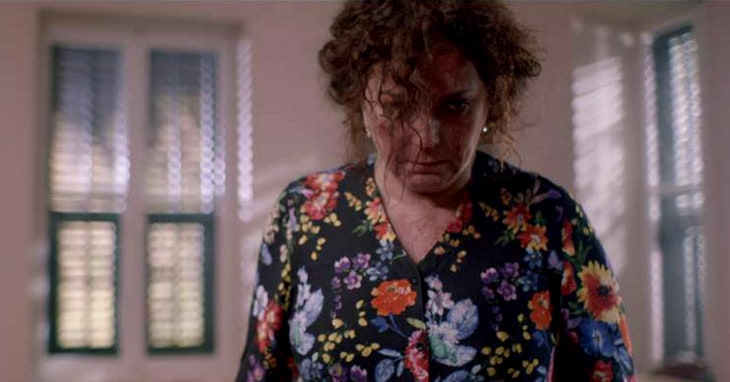 Cicek not only directed but also wrote and edited the film as well. Without giving anything away, there are scenes in the film that follow other storylines, not involving the main characters, that not only complement the currently unfolding drama but that may have been hinted at or were seen earlier in the film.

Yup, you have to pay attention to this one. When these moments occur they are never jarring or confusing, and at times Cicek allows the audience to figure out just what it is they are seeing without flat out telling them. There is some subtext there that is quite sinister.

Harvey and Mertsoz do the best they can with what they are given, as their written parts are pretty stereotypical for the genre, but Harvey really shines when she has to fend for herself and her unborn child. However, the film belongs to Alabora in the role of the title character. On the surface she seems like your average middle-aged woman, but you’d never know there was a dark side to her until it was too late. She is very effective and really conveys that she is not one to be trifled with.

Cicek makes a notable directorial debut with a solid screenplay that explores multiple story arcs in an engaging way. More importantly, with each new thread, the tapestry continues to unravel. This film may inspire you to dig a little deeper into the background of that home you’re thinking of buying. You never know if someone like Naciye is waiting in the dark corners of you’re new home. Kinda creepy to even contemplate, isn’t it?