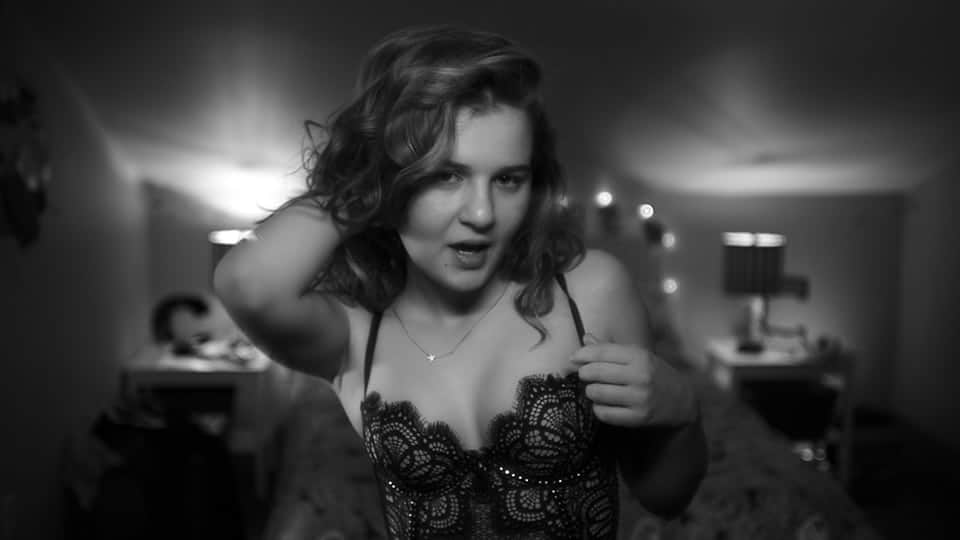 This is a repost of our review from Tribeca 2018. Slut in a Good Way opens in limited release Friday.

As the adolescent-teen-girl-coming-of-age trend sallies forth, the next entry in this ever-growing sub-genre is Sophie Lorain’s delightful black-and-white comedy Slut in a Good Way. Provocative title aside, this surprisingly light story of a young woman owning her sexuality is uneven at times but an ultimately enjoyable experience.

The French-Canadian film stars Marguerite Bouchard as Charlotte, a 17-year-old girl whose boyfriend just ended their relationship after announcing to her that he’s gay. After a drunken rampage with her two best friends, Mégane (Romane Denis) and Aube (Rose Adam), the three stumble onto a toy store inhabited by all manner of hot guy. Determined to forget about her lost love, Charlotte and her crew decide to get part-time jobs at the store in order to meet, and hopefully hook up, with some of these gentlemen.

Throwing caution to the wind and looking for no emotional attachment, Charlotte begins courting the men at the store, finding alluring qualities about each of them, which ultimately leads to sex. Before she knows it, she’s slept with every guy in the store except for Guillaume (Alex Godbout), the one guy with whom she seems to have a true connection. 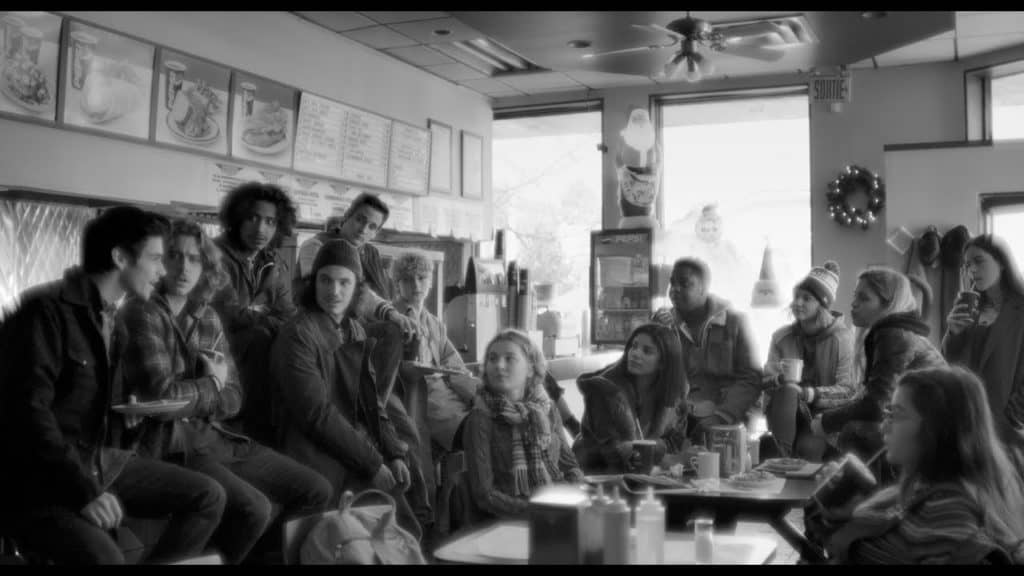 Lorain keeps the conflict in Slut in a Good Way low stakes and never lets the film get too serious, despite moments of drama between characters. She maintains a light tone and never loses sight of the film’s humor, crafting characters that, while sexually promiscuous, act entirely more wholesome than the prototypical teen douche. The film as a whole is way more inoffensive than the title lets on, leaning more toward Lady Bird’s sensibilities than something like Turn Me On, Dammit! or Wetlands.

After Charlotte and her friends land the toy store job, the plot begins to meander, branching off in this ridiculous scheme involving raising money for apes by remaining celibate and causing a general disturbance in the store where it seems as though these kids are under no managerial supervision whatsoever. Aimless at times, the film is never not entertaining, but I found myself yearning for something more to happen at times. 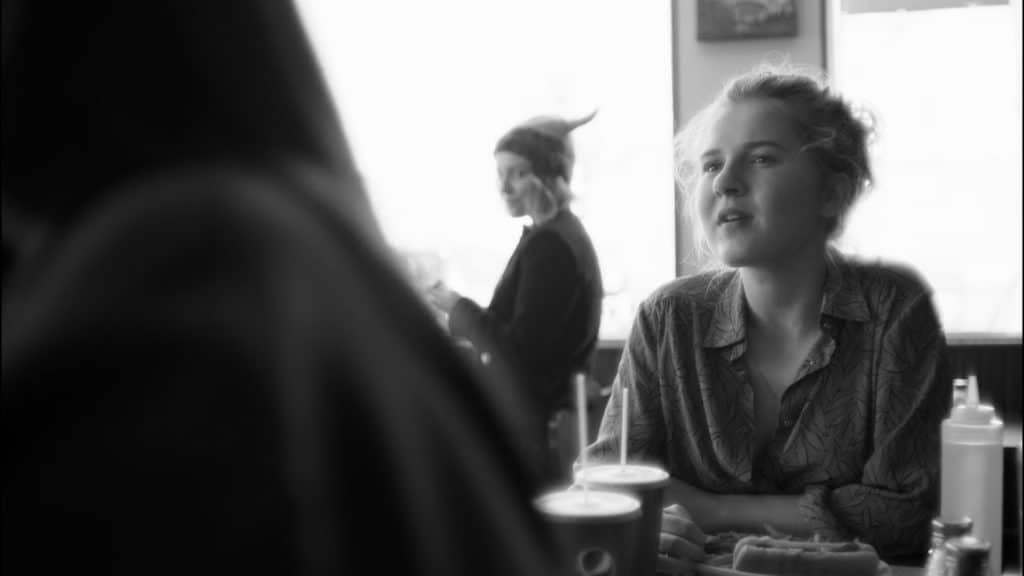 The black-and-white cinematography looks good, giving off a bit of a Clerks vibe due to its largely retail-store-located backdrop. This aesthetic doesn’t add much to the artistic expression of the film though and likely would have resulted in the same outcome had it been in color.

Slut in a Good Way’s score is also a puzzling feature, comprised of Bollywood tracks and multiple instances of Maria Callas’ rendition of “Habanera.” While the latter is relatable to the narrative, given the lyrics, the inclusion of the Bollywood tracks and what happens at the end of the film is a bit perplexing and doesn’t necessarily fit within the cold confines of Canada. It does play into the light-hearted nature of the film, however, so it isn’t completely unwelcome.

Slut in a Good Way is a light, enjoyable coming-of-age comedy that, while failing to hit the same peaks of the previously mentioned titles, is an entertaining story with a solid ensemble of interesting characters.