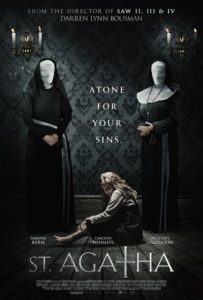 If we learned anything from Darren Lynn Bousman’s run on the Saw franchise, it was that we could expect a promising horror premise to be reduced to nothing but its most gruesome and graphic ingredients, a sort of reinvention by the redefining of what essentially made the franchise tick: forever mutating the story from a bare-bones, stroke-of-genius horror goldmine to the 21st century’s definitive touchstone for torture-porn.

In Bousman’s latest feature, St. Agatha, we see this occur again to a lesser extent within the “spooky nun” horror sub-genre. As you can now probably guess, the nuns here are less spooky than they are gross; the film seems to possess a peculiar penchant for utilizing vomit of all things, exhibited best in a particularly disturbing sequence involving the forced consumption of said puke under the amusingly absurd decree, that “we don’t waste food here.”

It’s mid-20th-century Georgia; young Mary (Sabrina Kern) and her boyfriend Jimmy are destitute con artists on the run after a scam goes sour and now, to make matters worse, Mary has just realized she’s pregnant. Finding herself stuck between a rock and a hard place, Mary’s hand is forced into making the rash decision to enlist the services of a convent of nuns, desperate to seek adequate assistance in the fostering of her new child. 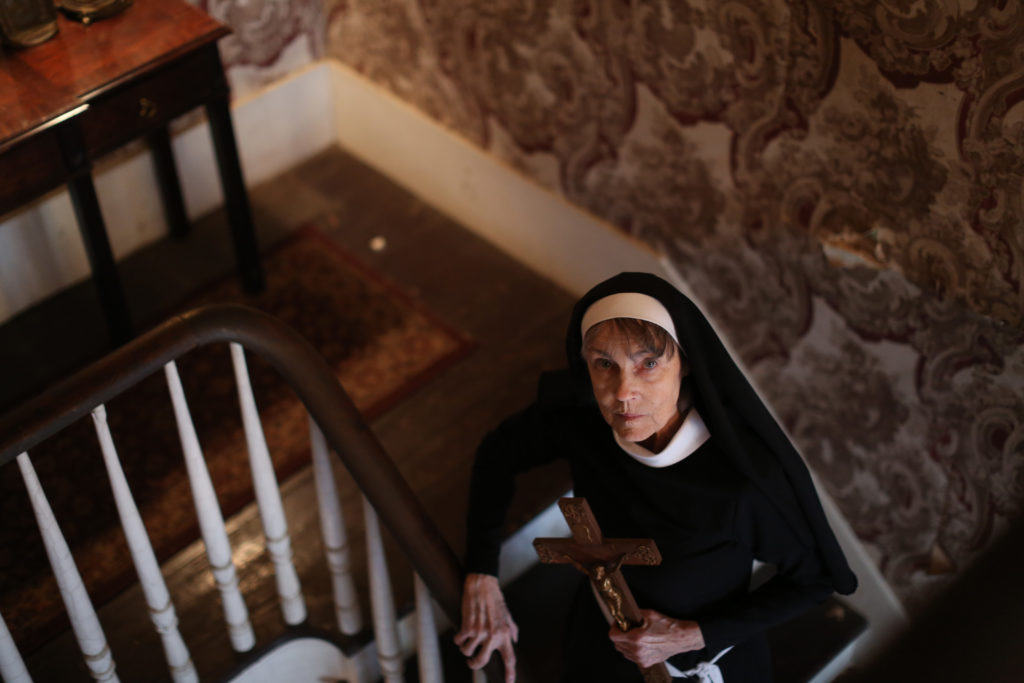 Mary’s fateful decision is seemingly denied any positive reinforcement from the onset, as red flags begin to raise immediately into her tenure with the sisterhood, spearheaded by the deliciously devilish Mother Superior (Hennesy), whose doctrine is dictatorship under the pretense of divinity. Laws like vows of silence from her clients and the aforementioned strict food policies are only the tip of the iceberg, and Mary begins to slowly comprehend her place and larger, horrifying purpose in the inescapable vice-grip of the sinister abbess.

Hennesy inhabits the evil nun with a serpentine-like gall, emitting a palpable glee in both her character’s wickedness as well as relishing in her own performance, skillfully making this character all her own in a show-stealing turn. (You can tell she’s in the zone here, and it shows.) It certainly doesn’t hurt that for all the performances the St. Agatha screenplay does just enough to save itself from the lowest echelon of horror shlock, bouyoying its characters with the right amount of logical capacity, situational awareness and common sense to retain the delicate suspension of disbelief of its viewers.

Where the script falters is in the overall meagerness of the narrative it’s wishing to convey; aside from a handful of skin-crawling moments, the actual story of St. Agatha is regrettably only surface deep and ultimately inconsequential. As with his work on Saw, Bousman can’t seem to shake the habit of stranding his storytelling in favor of indulging himself in the repulsion of the audience. What we’re ultimately left with is a bland game of cat and mouse that resolves leaving too much meat on the bone as it pertains to character, theme and plot. 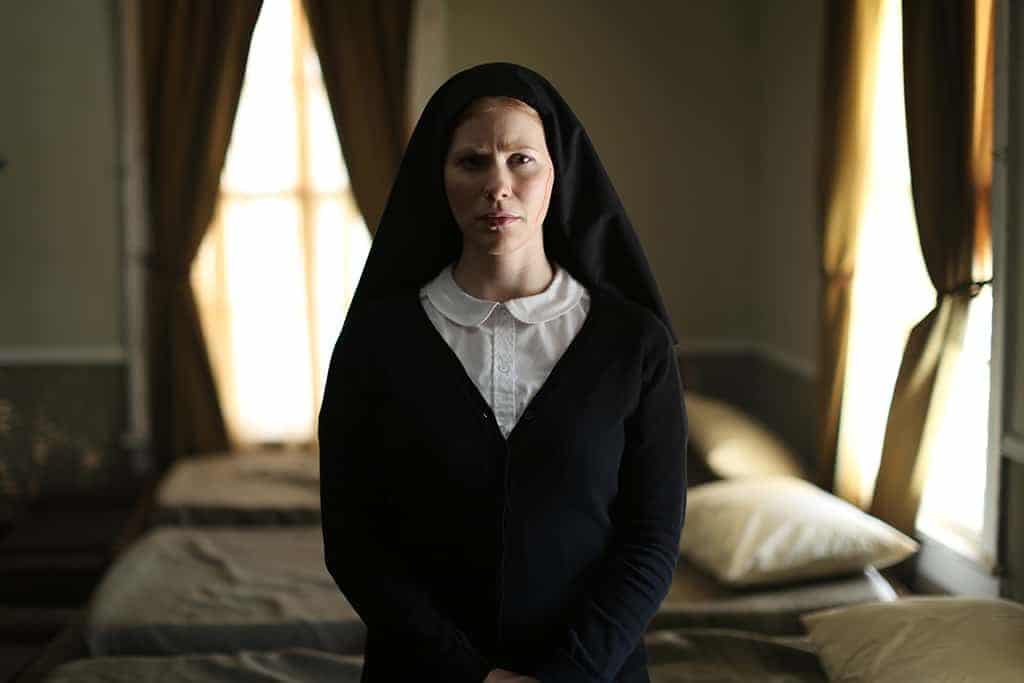 However meaningless it conclusively proves to be, the notion that St. Agatha takes baby steps in the right direction persists. In the harshly hit-or-miss spectrum that is the horror genre, a movie that manages to avoid most of the major pitfalls and moves to affirm the effort invested by those involved does not go unnoticed.

Occasionally entertaining, gutsy with its gore, and lifted by a memorable performance from Carolyn Hennesy, it’s hard to tear down a film such as this, despite its deficiencies. An icon of the horror class, this is far from, but amongst its countless, complacent contemporaries, St. Agatha’s mere competence speaks for itself.