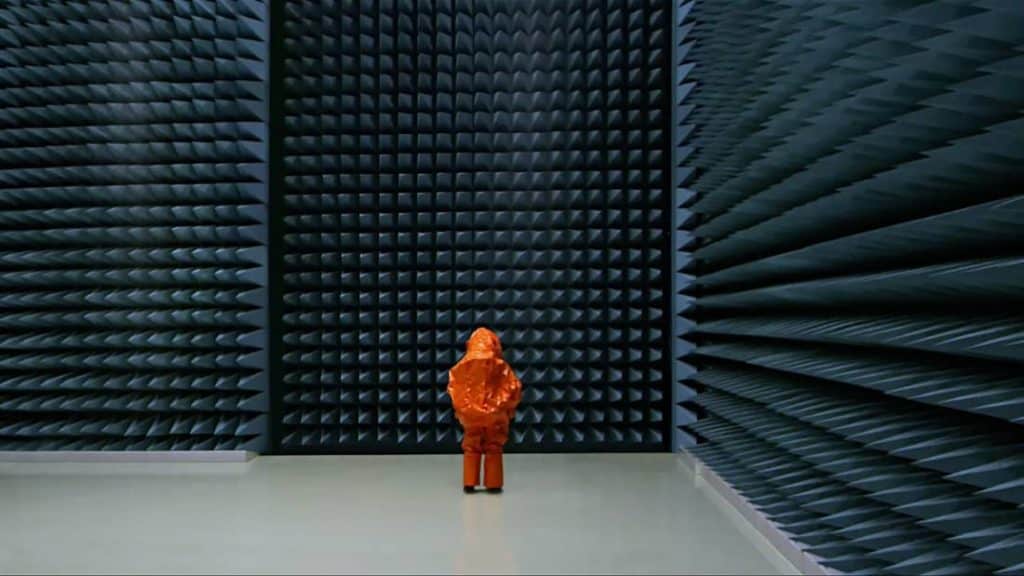 The mockumentary genre has been around for quite some time. Mockumentaries can be comedies or dramas that present fictional events in a documentary format, thus giving the material a sense of cinéma vérité.

Filmmakers like Christopher Guest (arguably the best director in the genre), Sasha Baron Cohen, Werner Herzog, Woody Allen and Tim Robbins have made some standouts in the genre. Borat, Bob Roberts, Zelig, This is Spinal Tap, The Death of a President and The Wild Blue Yonder are just a few examples of what the genre has to offer. Director Michael Madsen’s latest film, The Visit, “documents” the events that transpire when mankind makes first contact with an alien life form.

Right off the bat, we are told by the narrator that this film looks at events that have not taken place, including man’s first encounter with intelligent life from outer space. We are told by the filmmaker, not directly but by implication, to immediately suspend disbelief for the next 80 minutes as he presents a look at just how things could unfold in the event we make first contact.

Numerous scientists, philosophers, military operatives and theologists are interviewed in what can only be described as a chronological dry run of what could happen – the operative word here being “dry.”  It is really dry.  It is so dry and bogged down in presenting the facts so realistically and scientifically that it grows rather boring. There is no sense of awe and wonder to be found.

Madsen makes some peculiar choices in how he presents the events of the visit. One rather jarring instance is how during many scenes there are with the interviewees talking directly to the camera and address the viewer in the second person. However, when the questions they are asking are the questions they would be asking aliens, the viewer is left to wonder, “Wait, am I the alien?”

This is compounded later in the film where a mock interaction occurs between a scientist and an alien. More confusing is how the same people no longer refer to the alien in the second person but now in the third. (Okay, so now I’m not the alien?) This really takes you out of the film.

Madsen does attempt to enter 2001: A Space Odyssey territory as he follows a scientist entering an alien spacecraft. Needless to say, things do not appear as one would expect, and if you were not paying attention – or worse, snoozing – you will likely be lost and confused.

Encountering intelligent life forms is an interesting concept that has appeared in numerous other sci-fi films, and it could have worked here. But instead of coming off as awe inspiring, it only screams “low budget.” Again, if the film was more engaging, it would have been easy to go along with this construct, but alas, it is not.

As a science-fiction film, The Visit has many interesting ideas, but they are presented in such a straight-forward, matter-of-fact manner that the film lacks enjoyment and couldn’t seem to pique my curiosity.