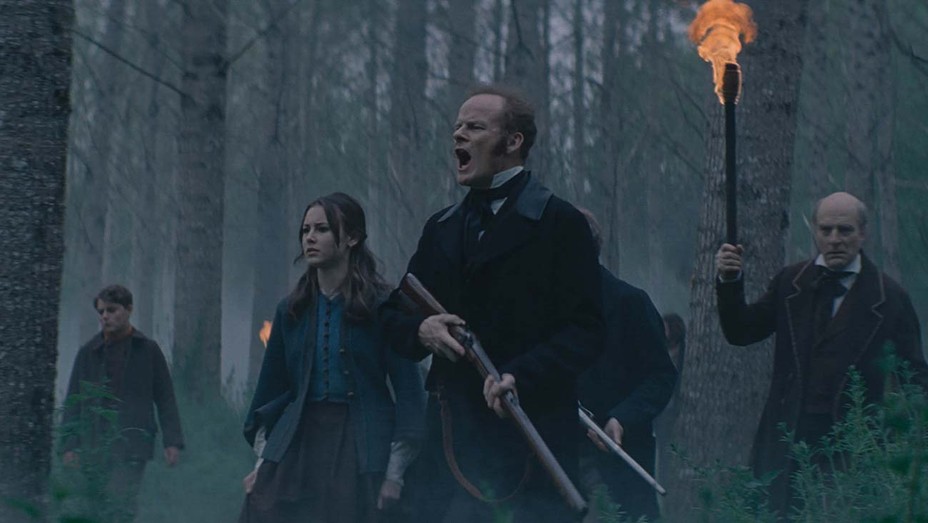 Nestled in the dreary doldrums of Eight for Silver are the embers of an engaging take on the long-dormant werewolf-horror genre. From what is showcased in Sean Ellis’ fully realized vision of a late-century lycanthrope terror, Eight for Silver undoubtedly had the potential to be the revitalizing catalyst for the classic movie monster had it better centered itself around its strength. In its released form, it’s uneven, tedious and self-serious to a debilitating degree, so Eight for Silver feels forgettable despite its potential.

Set in the late 19th century, the film concerns a lycanthropic curse afflicting and targeting a noble manor and an adjoining village in the isolated countryside. Created in retribution for a massacre committed by the landowners against the peaceful Romani people, who laid claim to the land as its original settlers, the curse is presented as a generational refutation of colonialism.

Targeting the young children and servants of the noble Laurent family, the curse spreads virally through the village and piques the interest of pathologist John McBride (Boyd Holbrook), who has dedicated his life to hunting these werewolves after losing his wife and child to a similar “outbreak.” Joining the complicit Laurent family, whose youngest Edward was patient zero and now stalks in the dense forest of the countryside, the film is ostensibly about reckoning with the guilt over unjust subjugation and violence using a classical horror trope.

It’s fairly standard territory for horror films that attempt to court the skeptical label of an “elevated horror” or “prestige horror,” but unfortunately Eight for Silver lacks the follow-through with its more engaging concept. The curse-as-justified-retribution angle that Ellis’ film hangs its hat on so early is never allowed to develop beyond casting the nameless Romani characters as malevolent magic practitioners before unjustly excising their presence from the film entirely (outside of their use as jumpscare fodder, of course). One only needs to look at how another recent horror film, Jayro Bustamante’s La Llorona, used a classical supernatural tale to present this same theme but with deft and intrigue, while Eight for Silver seems to lose interest in the idea by the time it has a werewolf on a bloodthirsty rampage.

Speaking of, while the film is commendable for some visceral sequences of gore that are all but necessary for a werewolf plot, the film stops short of cultivating any real tension behind this imagery. While its radical reworking of the werewolf iconography centered around earthy motifs and the fleshy design of the monster itself are bold and unique departures from other lycanthrope cinema, there is a fundamental lack of impact behind much of the horror Ellis’ attempts to create.

The frequent jumpscares feel uncreative; the pacing is stilted; and while the cinematography is serviceable, the scenes involving the werewolves themselves feel repetitive and uninspired. After the backstory is established, the film feels directionless as it attempts to climb toward its lofty ambitions but consistently falls short as a fairly unremarkable monster movie.

I suspect Eight For Silver will inevitably find its way from Sundance onto the likes of Shudder, where it will hopefully find the audience that can appreciate it for what it is. The British director’s return to the horror genre after 2009’s The Broken bears no better fruit than that equally uneven (but still somewhat promising!) feature did back then. If the right amount of attention was paid to where Eight for Silver proved most compelling and it had doubled-down on its theme instead of giving in to the crutch of weathered horror tropes, this could have very well been the fresh take on the werewolf film the director no doubt envisioned it to be.