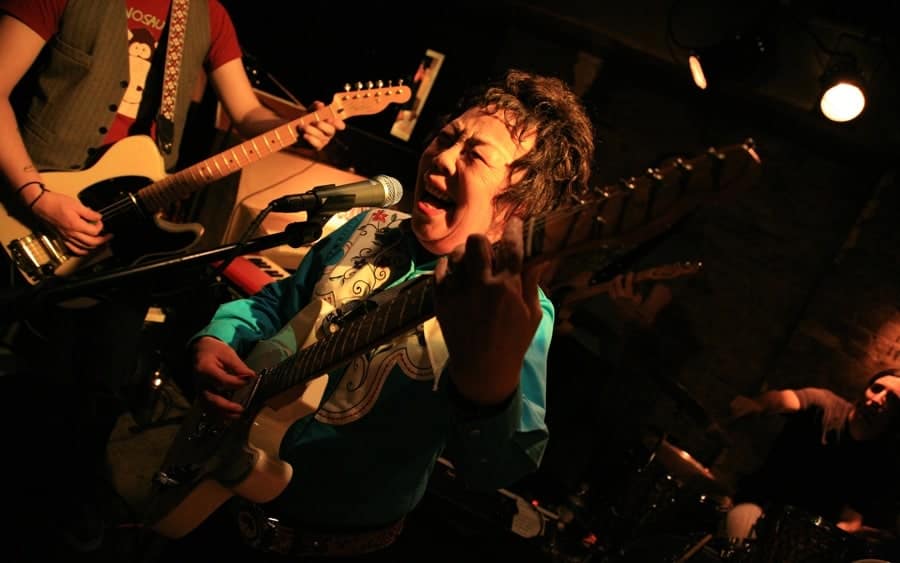 This is certainly something we take for granted nowadays, but in the late ’50s and early ’60s, it was basically unheard of to see artists going abroad, much less selling out foreign venues. Which is what makes the story of Tomi Fujiyama all the more compelling and culturally significant. Fujiyama is the first Japanese country music singer, gaining notoriety both in Japan and in the States, and she is the subject of director Josh Bishop’s latest music documentary, Made in Japan.

In 1964, Fujiyama was invited to take the stage at the Grand Ole Opry as a part of its 39th birthday celebration. This artist, seemingly plucked from obscurity, was to follow the likes of music legend Johnny Cash. That night, Fujiyama was the only artist to receive a standing ovation.

Picking up her story nearly a half century later, Fujiyama, who proves to be a very endearing person, would love to be able to relive her legendary moment and return to the Opry stage. Director Bishop tells her story while following her journey to relive past glory.

You truly get the sense that, despite her upbringing, she was meant to be a country singer. While she speaks, you can certainly detect her accent, but when she sings all you hear is what sounds like an American country singer. She’s very much like Journey frontman Arnel Pineda – whose accent you hear when he speaks; but when he sings, you only hear Steve Perry.

Bishop meets with many individuals from the country music world; unfortunately for non-fans, their significance is pretty much lost, as they share their thoughts on Fujiyama and her impact on helping make music multicultural. As the film progresses, we meet the group of individuals who hope to get the ball in motion to help Fujiyama make her dream come true. One highlight is her reuniting with Rollin “Oscar” Sullivan, 91 at the time of filming, of Lonzo & Oscar, the duo responsible for bringing her to Nashville.

Them reminiscing and singing will undoubtedly make you smile, but the doc is at its best when it delves into Tomi’s story from her youth and how she became a country singer to how she ended up at Nashville and beyond. You gain a real appreciation of her talent and perseverance. Her enthusiasm is infectious, and her humility is quite evident even when she gushes with pride over her collection of her albums.

The documentary is narrated by Elijah Wood, who also produced. It is a well paced, entertaining documentary, but it’s not without its faults. As previously mentioned, there are a number of talking heads in the film, but non-fans are left to take them for their word if they don’t really know who they are.

Without providing any spoilers, there is a moment where it loses its focus and becomes a rant and lament about the state of the Opry as it is today and its aftermath. What really mattered was Tomi in that instance, and it seemed to just gloss things over and in a rather hurried fashion.

Despite this, if you’re a country music fan, this is certainly worth a look. Fans of music documentaries in general will likely enjoy it while non-fans will probably find it entertainingly diverting.