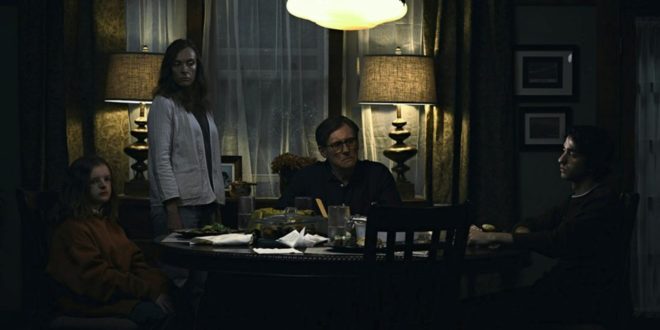 SXSW 2018 will take place March 9-18 in Austin, TX, be sure to click over to the official site at SXSW.com for more information.

Untitled Blumhouse-Bazelevs Film
Director/Screenwriter: Stephen Susco
A 20-something finds a cache of hidden files on his new laptop and is thrust into the deep waters of the dark web. From the makers of Unfriended, this thriller unravels in real-time, entirely on a computer screen. A warning for the digital age. Cast: Colin Woodell, Betty Gabriel, Rebecca Rittenhouse, Andrew Lees, Conor del Rio, Stephanie Nogueras, Savira Windyani (World Premiere)

Upgrade
Director/Screenwriter: Leigh Whannell
In a utopian near-future when technology controls everything, a technophobe avenges his wife’s murder and his own paralysis-causing injury with the help of an experimental computer chip implant – STEM – that turns out to have a mind of its own. Cast: Logan Marshall-Green, Betty Gabriel, Harrison Gilbertson, Benedict Hardie (World Premiere)

Brother’s Nest (Australia)
Director: Clayton Jacobson, Screenwriter: Jaime Browne
With their Mother dying of cancer, intent on changing her will to benefit her “new” husband before she dies, two brothers go to extreme and deadly lengths to protect their inheritance from being signed away before it’s too late. Cast: Shane Jacobson, Clayton Jacobson, Lynette Curran, Kim Gyngell, Sarah Snook (World Premiere)

Galveston
Director/Screenwriter: Melanie Laurent
After surviving a setup by his criminal boss, a hitman rescues a young prostitute and flees with her to Galveston, Texas, where the two find strength in each other as dangerous pursuers and the shadows of their pasts follow close behind. Cast: Ben Foster, Elle Fanning, Beau Bridges, Adepero Aduye, Robert Aramayo, Lili Reinhart, Maria Valverde (World Premiere)

They Live Here, Now
Director/Screenwriter: Jason Outenreath
Austin based refugee house, Casa Marianella, is one of the most prominent refugee houses in the United States, providing life saving services for thousands of immigrants each year. Meet the people who live here now. (World Premiere)

EPISODIC
Episodic tunes in to the explosion of exciting material on non-theatrical platforms, including serialized TV and beyond.

24 BEATS PER SECOND
Showcasing the sounds, culture and influence of music and musicians, with an emphasis on documentary.

Being Frank: The Chris Sievey Story (United Kingdom)
Director/Screenwriter: Steve Sullivan
The hilarious and bizarre story of Frank Sidebottom, the cult British comedian in a papier mâché head, and the secretive life of Chris Sievey, the artist trapped inside. (World Premiere)

Jeannette, The Childhood of Joan of Arc (France)
Director/Screenwriter: Bruno Dumont
France, 1425. In the midst of the Hundred Years’ War, the young Jeannette, at the still tender age of 8, looks after her sheep in the small village of Domremy. Cast: Lise Leplat Prudhomme, Jeanne Voisin, Lucile Gauthier, Victoria Lefebvre, Aline Charles

FESTIVAL FAVORITES
Acclaimed standouts and selected previous premieres from festivals around the world.

Science Fair
Directors: Cristina Costantini, Darren Foster, Screenwriters: Jeffrey Plunkett, Darren Foster, Cristina Costantini
Nine high school students from around the globe navigate rivalries, setbacks, and of course, hormones, on their journey to compete at the international science fair. Facing off against 1,700 of the smartest, quirkiest teens from 78 different countries, only one will be named Best in Fair.

Cartoon Network Screening at SXSW
For the third year in a row, Cartoon Network presents a fun-filled family event open to all fans. Be among the first to watch upcoming adventure series, Craig of the Creek plus catch brand new episodes of favorite shows Ben 10 and Unikitty! And fans are in for a special treat with a never-before-seen look at Teen Titans Go! to the Movies, coming to theaters this summer.

Doug Benson Master Pancake and Doug Loves Movies Podcast
Doug Benson returns in the continuing tradition of our annual St. Patrick’s Day screening of the Leprechaun series. On March 17 we present Leprechaun 5: In The Hood, directed by Rob Spera.