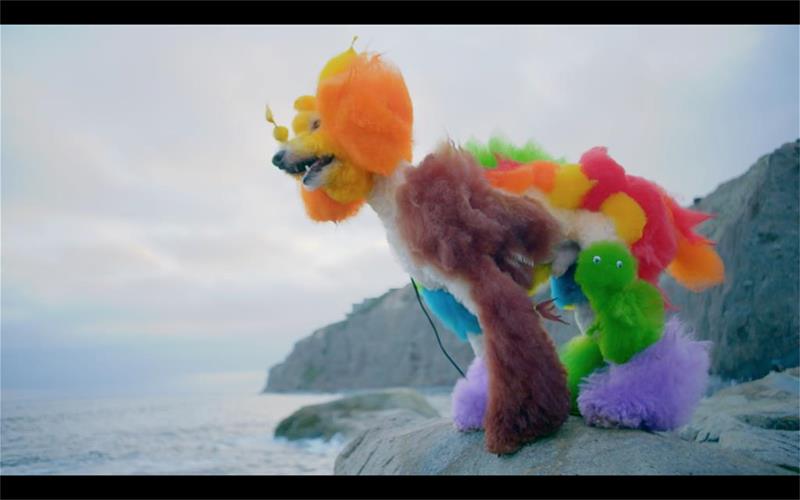 If you can recall the upsettingly popular phenomenon of child beauty pageants horrendously exposed in the cultural wake of programming like Toddlers & Tiaras, then the indescribable discomfort you’ll feel while watching Well Groomed will be all too familiar to you. Director Rebecca Stern effectively immersed herself into the close-knit world of competitive creative dog grooming, an “artform” wherein man’s best friend becomes a canvas for its creators’ (often gaudy) artistic expression, to offer a window into this alien and ethically questionable ritual of dying and styling dog fur.

Unfolding over a year, with several groomers representing different levels of professionalism and experience, Stern’s spotlight on these groomers appears aware of how unignorable the bizarreness of this subculture looks to her audience, who in all likelihood are experiencing their first exposure to the unexpectedly popular expression of animal fandom. Rather than attempt to normalize the practice or throw in with the exultations of its subjects for it, Well Groomed cuts through the inherent strange factor of its topic by wisely letting the spectacle speak for itself, creating a surprisingly engaging, almost ethnographic, document. 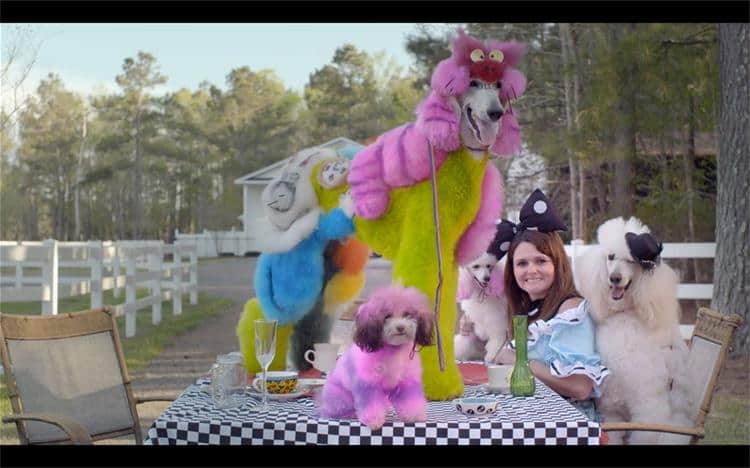 The film charts its way through the expansive community of creative dog grooming using three guides who are wholeheartedly invested in the intangibile wonder that comes from cutting and styling silly images into dog fur. Viewing their animal canvases as “artistic collaborators,” the three women who make up Well Groomed paint a picture of how narrow the appeal of this hobby seems to be. Disproportionately, the audience for these showcases of coloured fur, glued on accessories and kitschy design, seems to be composed of midlife wealthy white women who take out their pent-up creative frustrations from their insular existence onto their pets.

The film follows four practitioners/artists, all grooming salon owners with different amounts of experience competing, as they each travel to different competitions on the winding road that leads to the largest grooming competition expo in Hershey, Pennsylvania. Along the way, these women wax poetic about their lives and the liberation they feel when they get to let their creative juices flow as they style their dog to look like an amalgamation of Alice in Wonderland characters or a tiger or a chicken or Buzz Lightyear. “This kind of grooming is when creative comes to life,” says Angela Kumpe, a multi-time champion groomer, as she paints six shades of pink into the bedazzled face of her toy poodle.

The tinges of exploitation and mistreatment that linger over this film and the furry art displays at its center are impossible to ignore, and I believe Rebecca Stern is aware of what she is capturing. For the majority of the world who exist outside this niche subculture and view animals at most as pets and companions, the idea of an autonomous being becoming an art project for its owners is a grotesque and hyper-anthropocentric practice that robs these animals of their natural animality to sow long-dormant creative oats. 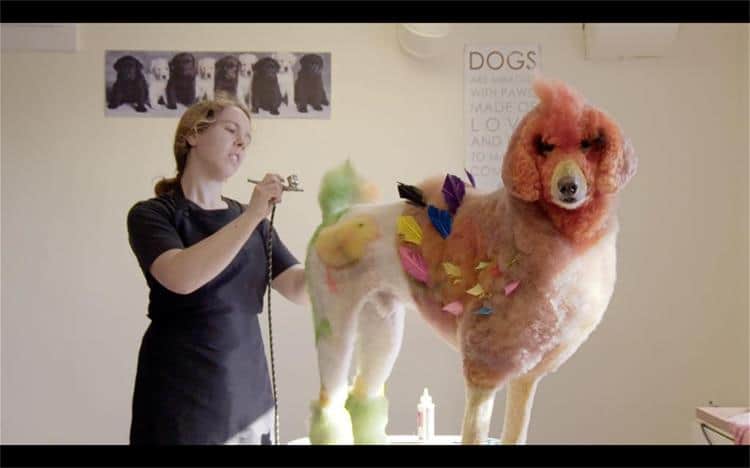 It can be a hard watch for many, to endure repeating shots of poodles, leashed to a table, as their owners rub dyes and glue jewelry to their faces while cooing how pretty they are going to look. By exposing her audience to this world in all its frankly unpleasant detail, Stern, remaining morally ambiguous about the practice in her shooting I suspect, gives the dog groomers enough rope (or leash) to hang themselves. As this artistic endeavor only evoked the stage-mom psychotics and child abuse of Toddlers and Tiaras for me, exposing the intimate particulars of professional creative grooming doesn’t engender much sympathy, and I feel that was the point.

While the bulk of the film is taken up by the fully invested subjects of Angela, Adrianne Pope and Cat Olson – who are quick to call out critics of their hobby as basically “haters” – the inclusion of Nicole Beckman’s journey almost breaths a humanity into this film that was thoroughly missing.

A struggling business owner who does creative on the side, her arc is the most compelling among the stories, all who are disturbingly forward about how deadly serious they take creative grooming. This tonal split among her subjects and the inclusion of a refreshing segment in which she leads the critics of creative dog grooming air their grievance, led me to believe Well Groomed is not totally lacking in self-awareness.

The film is certainly revealing, and while I can’t necessarily tell if that was the director’s intention or not, Well Groomed remained a satisfying journey into a bizarre world you may have never known existed. While the subject matter will inspire instant ire for these women, the film plays itself off with a subtlety that lets the groomers do all the talking, for better or worse.