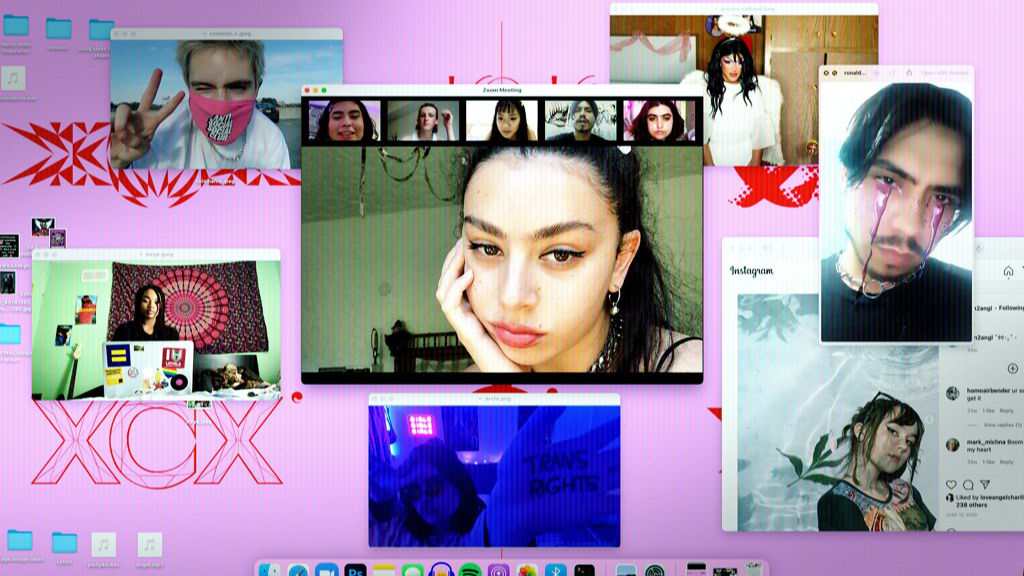 No matter who you are or where you happen to live, the pandemic has profoundly affected us all in a myriad of ways, not the least of which is us being forced to isolate from one another, exacerbating people’s feelings of loneliness and depriving us from healthy human interaction. This touches us all — whether you’re an unemployed thirty-something trying to find your place in the world or a famous singer/songwriter like Charli XCX.

For Charli, her biggest method of coping with the negative thoughts in her head is immersing herself in her creative endeavours — touring, spending time in the studio, and interacting with her fans, who are called Charli’s Angels. Of course, the pandemic resulted in all concerts and travel being put on hold, so instead of slowly spiraling into darkness, she decides to create a new album from inside her home and document the entire process. Less than a year later we have Alone Together, a feature-length documentary by Bradley Bell and Pablo Jones-Soler, that takes all this footage and presents it in a digestible and well crafted package.

For this little creative experiment, Charli buys a crapload of recording equipment, both for the music and for documenting everything, and sets out to create and release an entire album from scratch in five weeks. This won’t just be a one-sided project though; through her social media accounts and Zoom calls, she’ll keep her legion of fans updated — often livestreaming and through real-time social media posts — as she works, giving everyone interested a glimpse into the creative process, accepting suggestions along the way, and truly making the album a collaborative effort.

More than a test of her own mental fortitude, the lockdown gives Charli and her on-again-off-again boyfriend of seven years the opportunity to truly evaluate their relationship after they decide to move in together. This little subplot takes a back seat to the album creation, but it’s another element that allows people to see the singer/songwriter as a regular, down-to-earth human.

Alone Together is a fiercely entertaining documentary on its own, but Bradley and Pablo decide to bring some of Charli’s biggest fans into the film to tell their story, show how they’re coping with the pandemic, and put distinct faces to the large number of LGBTQIA community members on whom Charli’s music has a positive impact. This symbiotic relationship is on full display, and it’s a wonderful bit of positivity that can be gleaned from such a nightmarish reality we’re all still living.

To be sure, fans of Charli XCX will benefit the most from this documentary, but as someone who was only tangentially familiar with a few of her singles, I went into this with no opinion of her or her music whatsoever. While I can say that I came away from this with a greater appreciation for her work (am listening to “Alone Together” as I write this), even those who don’t listen to her on a regular basis can appreciate the message behind this film and the impressive end result of this journey.