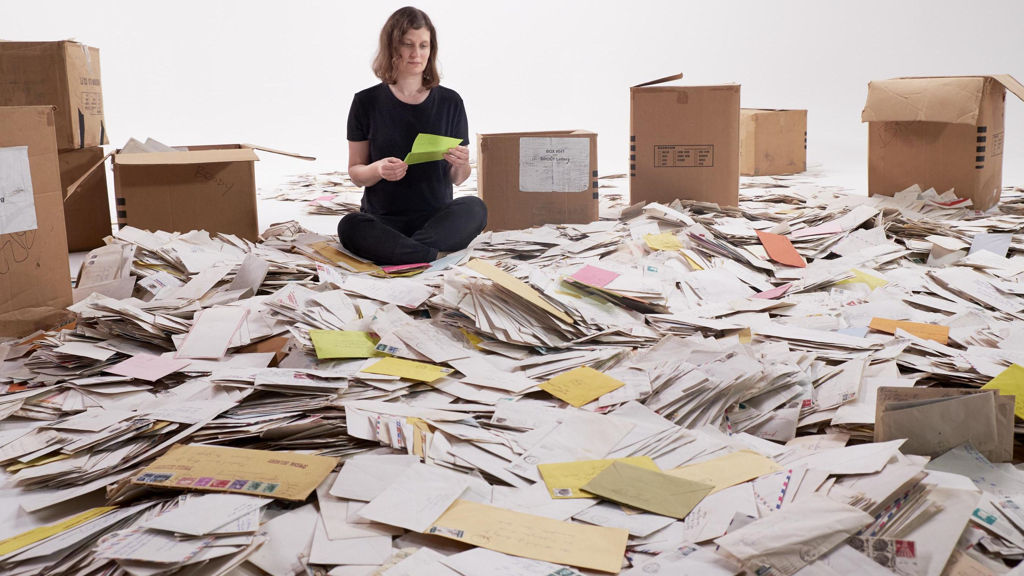 In the economically bizarre world we live in – where the sizable population of the super-ultra rich could collectively cure world hunger multiple times over but have just decided not to – we have been programmed to view the very idea of the “benevolent millionaire” as an inherent oxymoron in recent years. The idea of charity, selflessness and “spreading the wealth” seems so foreign to the rich and powerful, who have the ability to mobilize their excessive funds and to do quantifiable good in the world, yet none of us should be surprised.

Taken from the useful case of Oleomargarine heir, Michael Brody Jr., the subject of the documentary Dear Mr. Brody, completely expunging one’s sizable fortune and doling it out to the public in the hopes of doing good rarely works out like one may hope. The now infamous Brody Jr., a freelove-type, 21-year-old multi-millionaire – who, in 1970, made international news by claiming he will give away his fortune to anybody who asked for a handout – serves as a combination cautionary tale, sad dose of reality and a sobering reminder of how messed up our system is where one man’s alleged generosity and wish to help opened the floodgates to personal ruin.

Keith Maitland’s Dear Mr. Brody looks back at this strange moment of celebrity generosity, largely through the archives of unopened correspondence written to Brody Jr. from excited and hopeful strangers taking him up on his “too good to be true” offer. Brody himself as the central figure of the controversy gradually fades into the background over the course of Maitland’s film, being supplanted by the disembodied voices and dropped connections of all the people Brody failed to realize he could not help. A perennially unknowable and frustrating figure as presented in the film, this hippie Mr. Deeds comes across as deliriously in over his head and consumed by his own lofty ambition, from what archive footage presents and what friends/family can corroborate.

The film itself never gets close to an understanding of Brody himself – his motivations, his eccentricities, his breaking point or his sudden turn to erratic self-ostracization after being one of the most recognized people in the world – are never really explained in the grand scheme of the film. It is unclear if Maitland’s film admires Brody’s hippie idealism in wanting to help so many or serves as a frustrated indictment of the wild heir who tricked the world into false financial hope and never delivered.

Where the film actually finds its footing, in spite of its uneven portrait of its benevolent millionaire, is in its harrowing investigation of all the correspondence that was never read by Brody after he was forced to prematurely end his charitable enterprise. Uncovering thousands of letters of assistance asked upon deaf ears, Maitland and interviewee Melissa Glassman take on the discomforting task of reading desperate plea upon plea for life-changing money to moving, disquieting effect.

These narrated requests to Brody for debt relief, life-changing surgery, seed money or what have you are utterly disarming in how relatable they are and are interspersed throughout the film as well placed counters to Brody’s pie-in-the-sky hippie idealism. Even more powerful is when Maitland interviews some of the letter writers in the present and has them confront that time they thought all their prayers had been answered by one unpredictable margarine heir.

Telling the story of Brody through these letters creates a disparaging account of the desperation of the disenfranchised, the searing want for the rich to do the perceived right thing, seeing the best in their intentions, the elusive power of hope, and the strange individual who held the world hostage for a period of time in the 1970s. When asked to summarize the whole ordeal, one of Brody’s muses, “It’s an Andy Warhol 15-minutes-of-fame story, and there is one of those everyday.” While he’s right, there is much more to the Brody story, and exclusively looking at Brody himself would only get you so far. Through its deft research and unique framing, Dear Mr. Brody finds a story in all those unanswered letters to which are worth listening.