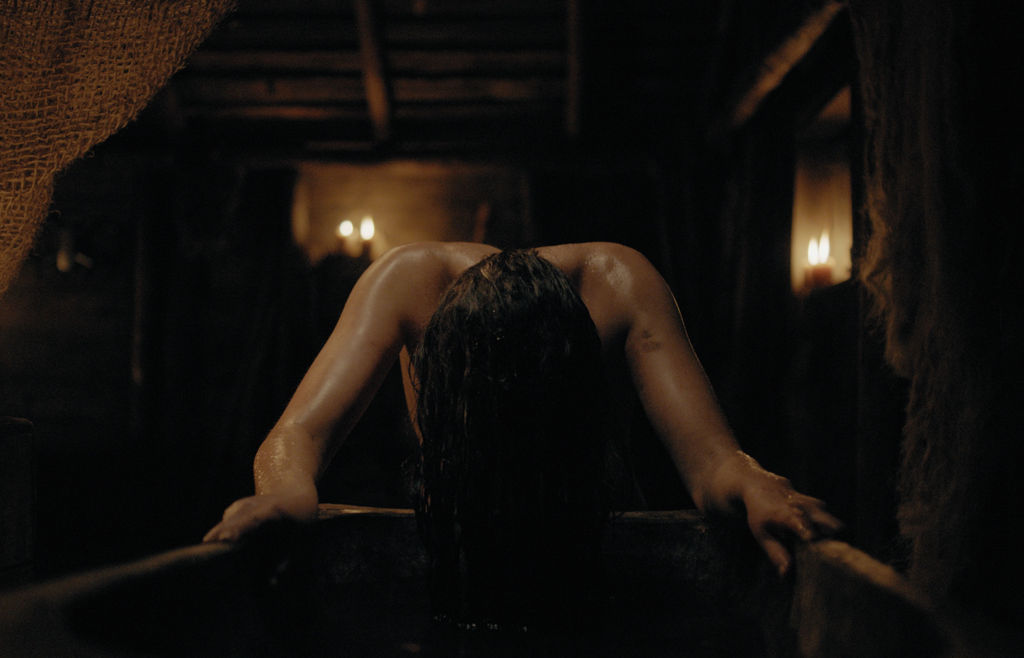 With climate change becoming a more important issue on a daily basis and the world in the grips of a horrific pandemic, it seems more appropriate than ever to see the production of more eco-horror films — movies that typically feature Mother Earth striking back against a humanity that lost its respect for her. Jaco Bouwer’s aims to explore that topic through a surreal, psychedelic nightmare in Gaia, a film that’s a visual stunner but slightly lacks in its messaging.

The film opens with Gabi and Winston, two park rangers heading into the deep forest in order to check in on some trail cams they have installed. Despite Winston’s protesting, Gabi heads off on her own to retrieve a fallen drone even though she saw a creepy mud-covered person on the camera before the feed was cut.

She ends up springing a hunting trap that leaves her injured and in the care of the strange man, who turns out to be a former scientist who moved off the grid with his son. Gabi quickly begins to realize there’s something strange going on in this forest as her wounds are miraculously healed by some mushroom concoction, and she begins having horrific dreams, blending her reality with some sort of primordial nightmare.

Things get significantly worse after she discovers Winston has been taken over by some kind of fungus, an aggressive variety that takes over the body and turns people into zombie-like creatures. These monsters are something straight out of The Last of Us: former humans who have been taken over by the infection — clicking, screeching and covered with mushrooms and fungi. Since it eats the eyes first, they’re blind, but they can definitely still hear your every movement, contorting their bodies and charging towards their next victim.

As Gabi discovers more about this fungus, she begins to wonder if the infection has taken its hold on her when mushrooms begin to grow out of her body, adding a grotesque body-horror element to the film. Gabi’s actions are at times baffling; she aims to help the son by trying to get him out of the forest, but she barely knows this man and too often she disregards her own well being.

Things get progressively more surreal for Gabi and her two companions as the forest seems to tighten its grip on them, becoming more erratic and hostile. Far too many times we’ll see some nightmarish sequence, only to discover it’s a dream but then something will immediately happen followed by another violent waking up moment that shows it was a dream within a dream. I generally find these plot devices annoying, and while I would argue that a few of them actually foreshadow events to come, they still happen all too frequently and, despite being visually arresting, they’re simply overdone.

All the visual elements are top notch, from the aforementioned creatures to the makeup effects with the icky mushrooms growing out of flesh, as well as the hallucinatory, organic visions of dirt and moss and flowing roots.

As a captivating, disturbing eco-horror film, Gaia works incredibly well. Carel Nel plays an exquisitely effective swamp person, and the overall experience is not one that most viewers will forget anytime soon. Just don’t expect a deep exploration of humanity’s relationship with nature or anything; those aspects fall a bit flat.