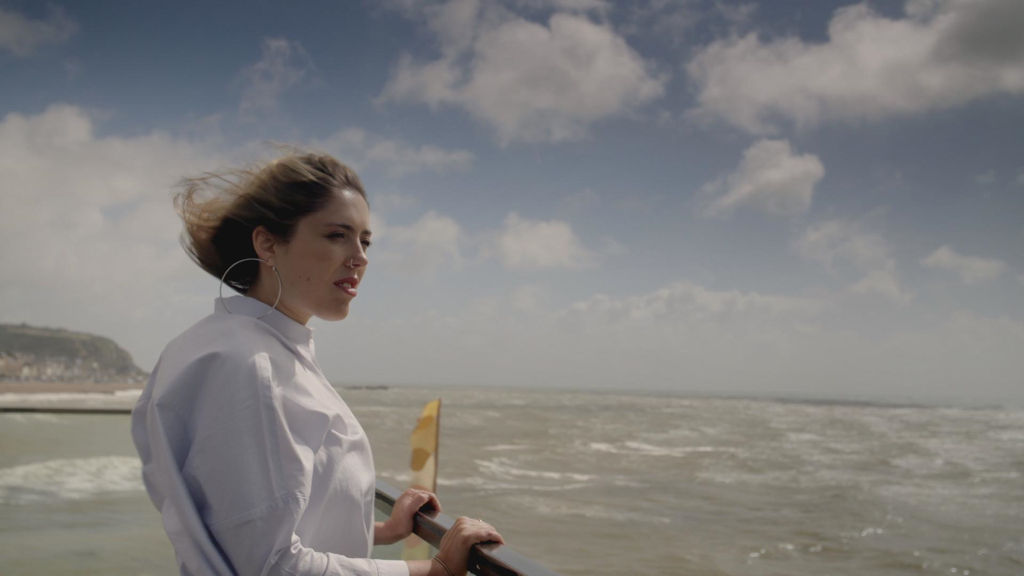 Late British punk rocker Poly Styrene is most likely not well known to those across the pond during the late-’70s Brit-punk boom or weren’t particularly attuned to her brand of anti-consumerist, anti-establishment music, but her story plays tragically familiar. An instant smash with her band X-Ray Spex and hailed as a fashion icon for her ostentatious dayglo garb and childlike dental braces, her career trajectory as it has been known is that of the iridescent and influential figure who burned brightly before she just as quickly faded into obscurity with the changing of musical tastes and debilitating complications of her mental health and drug abuse.

The invigorating documentary Poly Styrene: I Am A Cliché can thus be seen as a corrective effort by directors Celeste Bell and Paul Sng to amend this lapse and paint a fuller, more intimate portrait of the brash and fearless woman who took the male-dominated space of ’70s punk music head on and laid a mark.

The hook of the film, so to speak, is that the production was born from a very private place. Celeste Bell, co-director and co-writer of the film, is Styrene’s only daughter, and the documentary serves as her method of becoming more acquainted with her mother and bringing this larger-than-life figure down to a more personal level. Charting her mother’s life from the racially divided streets of Kent and London in the late ’60s to her international breakthrough in the punk rock scene in New York in the late ’70s, the film exudes intimacy as Bell, quite literally, walks in her mother’s footsteps.

Running throughout what seems like a deeply therapeutic journey of being re-introduced to her mother is her strained and candid narration that is intertwined with Styrene’s own words from her journal entries and correspondence, voiced by Ruth Negga. The effect of Bell’s probing voyage into her mother’s past feels less revelatory or as a means to uncover aspects of her life that she never knew and more as a cinematic act of closure.

After detailing the ins and outs of Styrene’s tumultuous career, the film fittingly ends with Bell scattering her ashes in India, her mother’s spiritual home. She’s not peeling back the layers of an obscure musician as much as she is trying to meld the picture of her loving and troubled mother in her head with the punk rocker seen in polaroids playing at CBGB’s and partying with the Sex Pistols.

The film itself is informative and well researched, but it is this personal, maternal angle that makes I am a Cliché anything but. Throughout the film, Bell and her mother (through extensive archival and concert footage) are the only real presence we have on the screen. While plenty of notable figures and musicians of Styrene’s era – such Rhoda Dakar, Bruno Wizard, Thurston Moore, Youth and many more – provide ongoing commentary and reflect lovingly upon Styrene, they are only relegated to voiceovers and never intrude upon I Am A Cliché’s central mother-daughter relationship. The film anchors itself with this moving insight into this extraordinary woman’s life, and the overall effect is genuinely affectionate and nuanced.
The film serves its purpose well in advocating for this lesser-known figure in Britain’s punk landscape and can probably even convince you (as all good docs about musicians should) to seek out her music, which fills out the soundtrack, and understand what you missed out on. Yet what makes I Am a Cliché much more interesting than your run-of-the-mill laudatory portrayal is how tender and moving it feels when it somebody so close to the person telling the story.