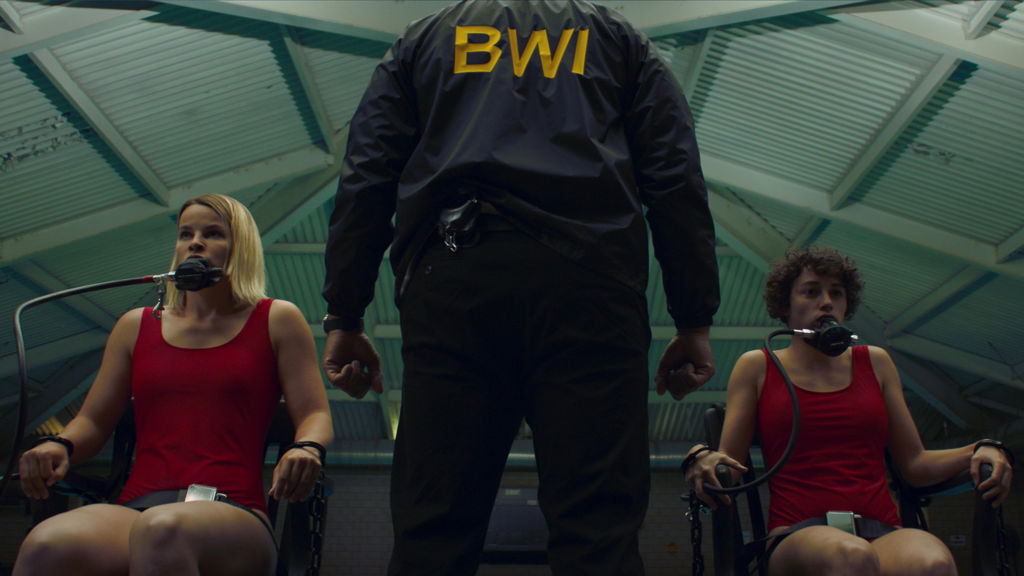 Playing out like Part 1 of an ill-conceived YA series, Elle Callahan’s Witch Hunt hooks you in with its interesting premise but fails to deliver anything of substance. We’ve all seen stories like this multiple times over, from HBO’s True Blood to Romain Gavras’ Our Day Will Come, but Witch Hunt sadly adds nothing to the conversation, leaving only its threadbare plot to engage the audience.

The film takes place in a world where witches are real and still considered a problem in the 21st century. Identified mostly as women with red hair, they were previously discriminated against, but now, due to a new proposition passed in California, witches are being rounded up and burned. Mexico has given asylum to them, but getting across the border is treacherous and potentially deadly as border patrol agents are on constant high alert.

Gideon Adlon plays Claire, a high-school student who is stuck in the middle of two differing philosophies when it comes to witches. On one side, there are her friends who make fun of witches and disregard them as inhuman, and on the other is her mother, who uses their home as a stop on a sort of underground railroad for witches on their journey to Mexico.

Claire’s life becomes significantly more complicated, as two young witches end up staying with her family after their mother is burned and the coyote who smuggles people across the border is killed by an evil BWI (Bureau of Witch Investigations) agent. Now, the witch hunter has his sights set on Claire’s family.

Playing with topics of prejudice, fear and ostracization and set against an intriguing backdrop, Witch Hunt opts to focus on teen drama rather than pulling out and exploring the larger themes and world at large that Callahan has crafted. This feels like a bit of a wasted opportunity, resulting in me wanting to break free from the confines of this specific story and see what else this world has to offer.

The magical elements on display are sparse and uneventful, adding to the surface-level cadence of the proceedings and the narrative glossing over nearly every plot element, resulting in an underwhelming experience. One witch makes a glass butterfly float, and another makes some water float; it’s all very lacking.

Witch Hunt might have worked better as a CW series, where it could have the time to expand its universe and develop some of its themes, but as a standalone feature, it only scratches the surface of its elements, a shame considering there’s the foundation of something interesting here.