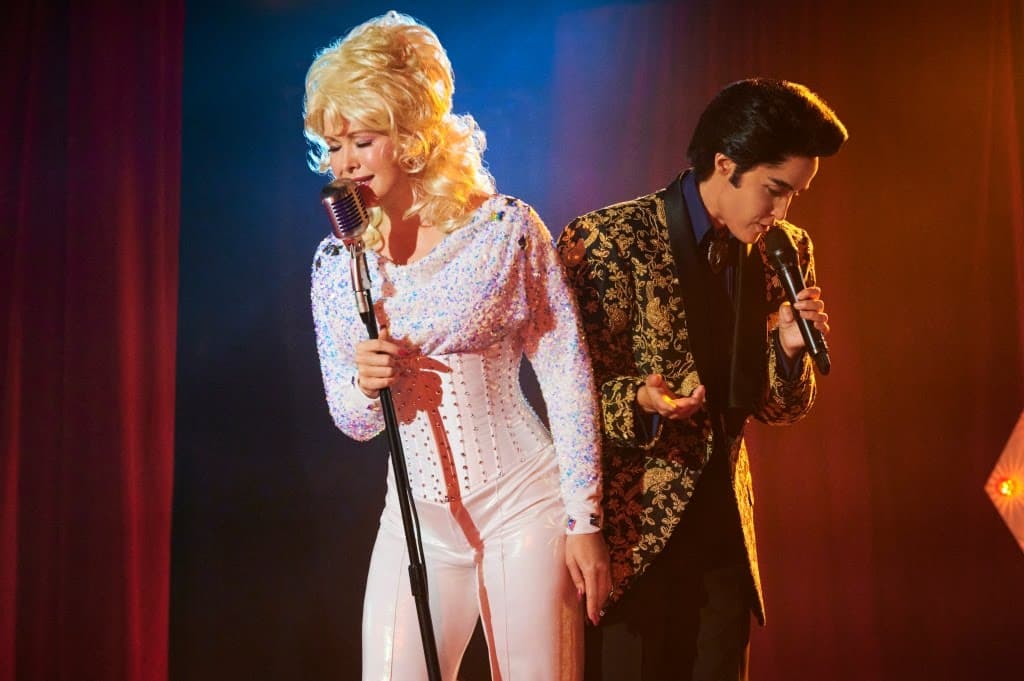 Has any celebrity generated and maintained as much goodwill and cult-like fandom as Dolly Parton throughout her ongoing, illustrious career? Even beyond her indomitable status as an entertainer — having released dozens of successful records and hit singles since her debut in the late 1960s and a string of memorable film roles and production credits throughout her extensive career — her selfless dedication to philanthropy (up to and including recently helping fund the development of the Moderna vaccine in its critical early stages of the pandemic) has essentially enshrined the “Queen of Country” in a nearly irreproachable position within pop culture.

The 76-year-old singer-songwriter recently announced her foray into the controversial and universally criticized metaverse with a promotional series of NFTs. Even though the image of Web3 has become synonymous with scams and impracticability, her involvement has garnered next to no ill will toward Parton herself — despite the same courtesy not being applied to any other uninformed celebrities who have haphazardly thrown their hats in with the cresting trend. Parton’s cultivated persona of Nashvillian glamor model with a heart of gold is so unassailable that her image has become certifiably iconic and thus readily imitable.

With her enormous, striking, platinum hair; her breathy Tennessee twang in her voice; and her oft-commented-upon voluptuous figure; the persona of Parton and its instant recognizability makes her prime fodder for the still-thriving celebrity impersonation racket. Offering a glimpse of those anointed, famous few through acute approximation, celebrity impersonators are interesting characters who may live more honestly than most in their unabashed desire to “be” their idols at the cost of their own identities.

Harmony Korine’s perceptive and quirky Mister Lonely, a film about a Michael Jackson impersonator traveling to an island of misfit impersonators, opined that what causes someone to pattern themselves after a pop cultural icon is a condition of their being somewhat fractured and not putting too much stock in whoever their “real” selves are. In Gracie Otto’s similarly quirky Seriously Red, a real estate agent in the midst of a midlife crisis attempts to find her true self through her fervent fandom and imitation of “the Backwoods Barbie” and soon finds herself caught between two identities.

Raylene Red Delaney, as played by Krew Boylan, who also penned the screenplay, is a hopelessly optimistic type who holds onto the Southern-fried wisdoms of Parton (“If you don’t like the road you’re walking, start paving another one” and “Don’t get so busy making a living that you forget to make a life,” etc.) to prop up her middling life, where she flounders at her career and living at her mother’s home.

Otto’s film begins with a very clear, succinct trajectory after dressing and singing as Parton at a work function gets her noticed by an Elvis impersonator (Rose Byrne) serving as the entertainment , and she quickly gets introduced to the Great Pretender agency of celebrity impersonators. Finding her life as “Red” at a standstill, the appeal of being Dolly Parton is too much for her to resist, but the film sadly loses track of what it is trying to say, vis-à-vis emulating the identity of the famous.

As Red finds herself delving deeper into the farcical world of professional imitation — shacking up with a Kenny Rogers mimic (Daniel Webber) and taking bookings around the world performing Parton’s hit songs so that the film can flaunt its many needle-drops — her epiphanies over her person are somewhat muted by the film’s quirky tone and faint comedy. Interesting territory over the identity of the interminable celeb impersonator are broached, such as the Rogers mimic refusing to disclose his name or break character or the occasional glimpses of drag culture in Red’s journey, but nothing ever feels committed to.

The film lives in the silliness of its premise, but when tasked to parlay the many jokes it wrings out of Krew Boylan’s transformation into a moral beyond the trite “be yourself,” it stops short and leans on platitudes and clichés. The story being so aimless with Red’s circuitous journey back to her identity is a letdown, as Boylan’s impersonation is rather inspired, nailing Parton’s singular look and persona with impressive ease.

The film speaks out of both sides of its mouth regarding the merits of impersonation and hits overly familiar story beats — i.e., if I told you her mother (Jean Kittson) disapproves of her lifestyle, who would you think makes an appearance in the final concert performance? While Otto demonstrates the occasional visual flair inspired by Parton’s kitschy country aesthetic and Boylan shines with her physical comedy and mimicry, Seriously Red rarely feels like it is living up to the potential of its premise.
Otto’s film lacks staying power beyond its status as a curiosity in the expansive world of Dolly Parton fandom. Yes, its comedy is breezy and middle-of-the-road, but its refusal to put a fine point on any message it sends leaves Seriously Red toothless for a film patterning itself after a woman known for her indomitable gumption.