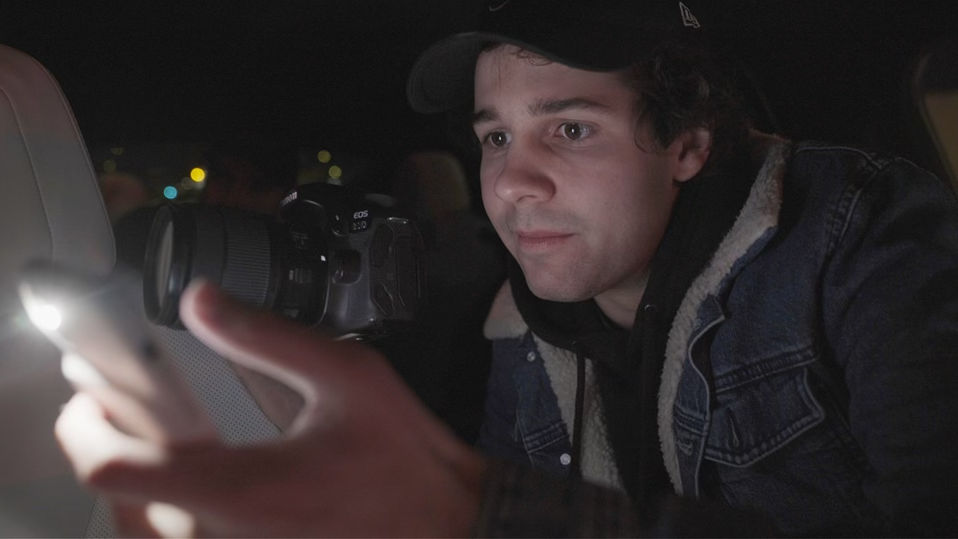 The still relatively new phenomenon of YouTube fame has brought about a new breed of celebrity with the platform’s ascension to the upper echelons of popular media and, with it, new inquiry into the accountability of the YouTuber star. While it might not always seem like it by how often second chances and opportunities are afforded to those individuals who are considered to be “canceled,” there, at the very least, exists a level of institutional oversight that could potentially lead to some form of consequence for transgressions for actors or creatives in legacy and traditional media.

When a famous YouTuber faces controversy after self-uploading  self-produced content to a public hosting site, where does that same level of oversight lie exactly? If those content creators never actually break the platform’s notably exploitable codes of conduct but still embroil themselves in controversy, where does that accountability come from?

These questions probably weren’t necessarily what director/YouTuber Casey Neistat set out to answer when he propositioned the world’s most popular video blogger, David Dobrik, in the summer of 2018 to make a documentary on his meteoric rise on the platform. But over the course of years of shadowing his subject as Dobrik was struck by multiple career-threatening controversies, they became too substantial to ignore. Under the Influence intimately documents the rise, fall and then inexplicable rise once more of Dobrik and his “Vlog Squad” and broadly uses the 25-year-old content creator’s career as a case study to probe the potentials for liability in the online media space.

While providing a necessary primer on the mechanics of how someone like Dobrik could become one of the most influential media figures on the platform, Neistat’s film and its unfettered access catalogs the shifts in his career and how suddenly and viciously public opinion can change.  The director highlights certain aspects with a surprising nuance that no doubt stems from Neistat’s own personal familiarity with the platform as a creator. Those looking for Under the Influence to either stand as the final nail in the coffin of Dobrik’s celebrity or those seeking the chorus to his triumphant redemption will both be disappointed.

In many ways, either intentionally or not, Neistat’s film exemplifies the utter unremarkable qualities of Dobrik’s personality through his unfiltered access and frames his ascension to stardom as resulting more from the specific properties of the platform. In the moments when Dobrik gets remotely candid about his process, such as it is, he humorously identifies the essential elements  to his vlog’s success: “interesting things, cool visuals and funny stuff (and it’s not funny unless someone gets hurt),” and that’s about all the insight that the fresh-faced iconoclast offers to camera.

More illuminating are the interviews with Dobrik’s cadre of hangers on and collaborators, the aforementioned “Vlog Squad,” whose attempts to understand the YouTuber’s tendencies toward sensationalism, the layers of coercion and manipulation he applies to his friends for the sake of content, and where his lines lie exactly prove more revealing than much of what Neistat coaxes out of Dobrik himself. Interestingly Dobrik is routinely challenged by Neistat’s camera, one that Dobrik isn’t wielding himself and cannot edit like he can his vlogs. Neistat captures him orchestrating his behavior to deceptively appear realistic and natural, and the YouTube sensation comes across as a loss for words, struggling to relate.

When the film endeavors to address the controversies that have become synonymous with Dobrik’s brand — namely the accusations of sexual assault that befell Vlog Squad member “Dirty” Dom Zeglaitis and the negligent behavior that led to other Vlog Squad member Jeff Wittek’s serious injury, both of which Dobrik allegedly covered up  — the film wisely expands its horizons beyond the intimacy of Dobrik’s account. This proves to be one of the film’s most elucidating moments. The essential participation of tech journalists Kat Tenbarge (who wrote the exposé on the sexual assault case) and Taylor Lorenz, as well as a self-contained arc profiling a Dobrikian superfan who proclaims to be “disgustingly submerged in this lifestyle” of following YouTubers, permits the film to wisely use Dobrik as a jumping off point to speak precisely on YouTube celebrity, the pitfalls of parasocial relationships, and ultimately how one holds the famous YouTuber accountable.

While Dobrik personally proves to be, in his acquaintances’ own words, a basic and one-dimensional figure whose appeal and popularity — from his outlandish antics to his hollow philanthropy — is cut and dry to understand, Under the Influence’s broader scope and intention beyond the celebrity profile makes it worth the watch even if you (like myself) had no context or familiarity with the figure beforehand.

As of this writing, Dobrik is still regularly publishing videos on his main YouTube channel, sitting at a staggering subscriber count of 18.3 million, routinely garnering millions of views, in case you were wondering how his supposed “cancellation” is going. Of course Neistat’s film was never going to be the flat out takedown in the style of the many videos that populated the platform of YouTube after his subject first garnered controversy, but its conclusions are nevertheless bleak and unsettling. The tacit acknowledgment from Under the Influence in its final scenes (that not even its sharply produced, well researched exposure of Dobrik and all his deeds could affect his popularity) is frustratingly its most powerful statement.